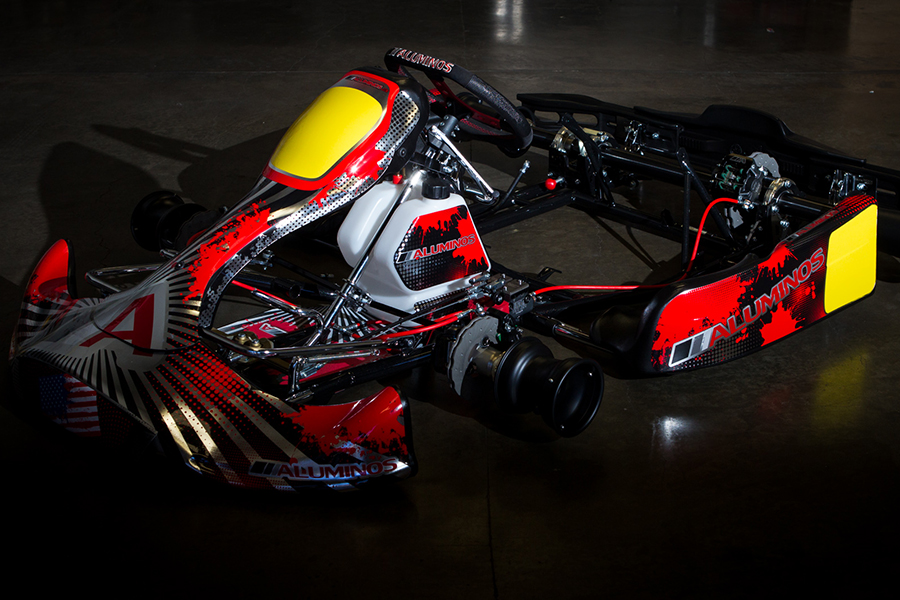 The Aluminos name has been around North American karting for nearly a decade now, with owner Rob Soares involved in the sport much longer than that with other business ventures within the industry. When the Aluminos chassis made its debut in 2013, it quickly gained victories at the regional and national level. Soares himself piloted the chassis to victory at their home track in Sonoma, California while Kiwi Daniel Bray gave the brand its first SKUSA Pro Tour victory. Later that year, Kiwi Matthew Hamilton notched the first SKUSA SuperNationals triumph for the brand.

The Aluminos brand finished off 2016 with another solid season. From Cadet to Master, TaG to Shifterkarts, Aluminos found success at the local, regional and national level. The year finished off with the annual trip to the Superkarts! USA SuperNationals the week prior to Thanksgiving. Aluminos fielded drivers in every Stock Honda category – S1 Pro, S2 Semi-Pro, S4 Master and S4 Super Master. Hamilton, fresh off his second straight victory at the Streets of Lancaster Grand Prix, was among the contenders all week in S1. Hamilton overcame issues in the heat races to claim the fifth spot on the podium on SuperSunday. It was the same scenario for Hunter Pickett, coming from 12th on the grid to fifth in the competitive S2 main event. The NorCal native also earned the third position in the SKUSA Pro Tour championship standings to earn the SKUSA #3 plate for 2017. 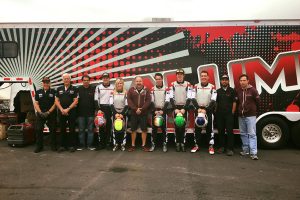 S4 Super Master made its debut at the SuperNationals this year, with Aluminos driver Jonathon Allen taking part. The 2016 Streets of Lancaster Grand Prix winner raced just outside the top-five all week, placing sixth in the main event. British driver Tiffany Chittenden saw the paced to contend in her second S4 Master start at the SuperNationals with Aluminos. An issue at the start dropped Chittendon down from ninth to the tail of the field. She worked her way forward with lap times comparable to the leaders, placing 13th. Also racing under the Aluminos tent in Las Vegas was James Blair. Making his second start in the class, Blair was involved in a serious accident Saturday afternoon during the third heat race. The entire Aluminos family would like to wish James a very speedy recovery and will have a spot ready for him at next year’s SuperNationals.

Prior to the SuperNationals, Aluminos formed a new partnership with Musgrave Racing Company (MRC). The southern California operation has grown its karting division exponentially since hitting the local and regional scene. MRC has a strong customer base in both shifterkart and TaG competition, introducing a number of new racers to the sport daily. The new partnership with Aluminos will expand the brand and help build on further development of the chassis itself.

“The Musgrave family and their racers are very passionate about karting and motorsports,” stated Aluminos owner Rob Soares. “Their reach in racing goes well beyond karting, which helps expand the Aluminos name and the sport itself. On the technical side, we will be able to work directly with them on chassis updates and further develop our TaG package for the future.” 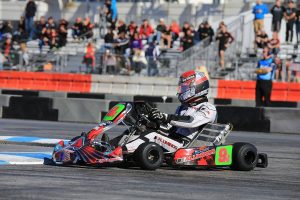 Billy Musgrave made his Aluminos debut at the SKUSA SuperNationals 20 in the S1 Pro division. Musgrave was among the quickest early on in the event, receiving great coverage during the CBS Sports Network production in the recent airing of the first episode of the television coverage. Billy eventually finished seventh with a number of other MRC drivers making their Aluminos debut at the SuperNationals.

Aluminos will continue to support the local and regional programs, including the Simraceway Performance Karting Center events and the Sanzaru Games Karting Championship. Another avenue the Aluminos squad has been enjoying over the last two years is Northern California Karters Road Racing. The NCK is a non-profit organization that hosts events on larger road course throughout California. The most recent event was held at the Sonoma Raceway on Thanksgiving weekend. The 2017 program includes five trips to Thunderhill, the Thanksgiving Classic at Sonoma, and a two-day event at Mazda Raceway Laguna Seca in March. Aluminos is offering Arrive-and-Drive packages for a number of the NCK events in the shiferkart and TaG categories.

Soares added, “We are about having fun and going fast. Road racing is exactly that. It’s a great getaway from the grind at the sprint track, and have the ability to run on these long and amazing courses with same packages we run at the SuperNationals or a club race at Sonoma. Many of our racers enjoy the road racing experience as its easier on the body, but also the atmosphere within the paddock is totally enjoyable.”

The 2017 season is looking very exciting for the Aluminos operation, and racers can be part of the fun with a program tailored around each customers’ needs. For more information regarding the Aluminos chassis, or the successful race team, visit www.aluminos.com or check them out on Facebook.