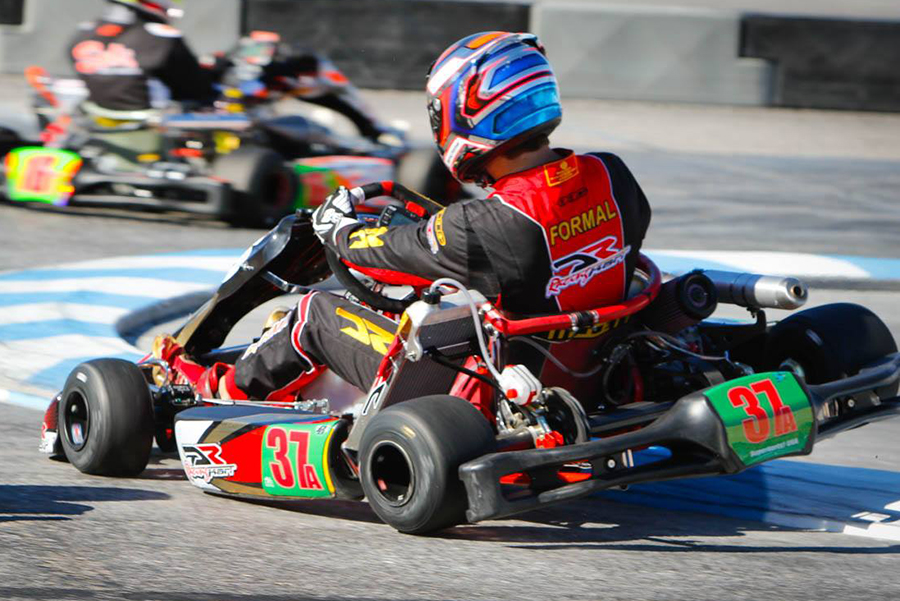 The 2016 season is in the books, with drivers and teams looking ahead to what should be a spectacular year of racing in 2017. This past year set new records, established new contenders across the board, and completed with the 20th running of the Superkarts! USA SuperNationals. It was on SuperSunday that Danny Formal cemented himself into the record books with his second straight victory in the S1 Pro division, helping to bring home over $40,000 in prizes, including the SKUSA Pro Tour championship, and establish himself in the #1 spot for the EKN Stock Moto Driver Rankings.

The DRT Racing pilot gave DR Kart and the team its first major championship with a solid year of racing. Victory on SuperSunday kept Formal in the top spot of the EKN Driver Rankings. The win awarded less points than what he earned in 2015 due to field strength and size, however, Formal finished the year with 21 more points than last year’s total by Billy Musgrave. Jake French jumped up to the second spot to end 2016 in his best ever position in the EKN Driver Rankings. The lead driver at DKC / Sodi Kart worked non-stop from January to November, and the hard work paid off with a vice-champion position at the SKUSA Pro Tour. Both Formal and French had one poor result from the Pro Tour in their best six, leaving for the possibility from improvement again in their scores come 2017. Musgrave scored a third California ProKart Challenge title to his CV, helping to put him third overall in the EKN Driver Rankings. Musgrave was just off the podium at the SuperNationals in his Aluminos debut – putting three different chassis brands in the top-three.

2016 was the first full season for Joey Wimsett dating back to 2014, his defending season for the SKUSA Pro Tour title. Just two races in 2015, Wimsett was the lead driver a Phil Giebler Racing representing the Ricciardo chassis this year. A podium at the SKUSA Pro Tour SpringNationals helped put him in the hunt early, however, he was not able to capture that magic from the 2013 title season. The Oregon native fought back after a difficult start to the SuperNationals to finish 10th.

Leading the S2 Semi-Pro drivers for 2016 is Austin Wilkins. The Texas driver for DKC / Sodi Kart locked up his first SKUSA Pro Tour championship in Las Vegas with a second straight runner-up performance at the SuperNationals. Wilkins finished the year fifth in the EKN Driver Rankings, and is the lead contender for the Rookie of the Year honor with a move up to S1 in 2017.

Nick Neri carried the Champion Racing / Intrepid banner for 2016, ending the year sixth in the EKN Driver Rankings. Neri made a full-time return behind the wheel, earning the vice-champion honor at the US Open, however a podium on the SKUSA Pro Tour eluded him on the season. The four-time US Rotax Grand Nationals champion and 2011 SKUSA SuperNationals S2 winner placed eighth at this year’s event.

Down to seventh is the final position for Pure Karting / Tony Kart pilot Kolton Griffin. The Arizona resident – who was the inaugural Challenge of the Americas Shifter Senior vice-champion – made his first SKUSA SuperNationals start in S1, placing 18th to only improve his Driver Rankings score by just a few points. Skyler Finley is the second S2 driver inside the top-10, and third DKC / Sodi Kart representative. Finley gained his first SKUSA Pro Tour podium finish in 2016, and place third in the US Open standings to help is rankings total.

Moving up into the top-10 for the first time since 2013 is Sabré Cook (Energy Kart USA). One of just a few female drivers in the Stock Moto category across North America, Cook drove to the US Open championship in 2016 to go along with her 2012 SKUSA Pro Tour S2 title. Kol Bailey is the third S2 driver and second under the Pure Karting / Tony Kart banner. Bailey had his best showing of 2016 at the SuperNationals, placing 10th in the very competitive S2 main event, finishing in the same position in the Pro Tour standings. It could signify a new title contender heading into the 2017 season.

Falling out of the top-10 included Jarred Campbell, Jacob Neal and Robert Bujdoso – who were absent from the SuperNationals. The biggest mover in the final rankings is 3G Kart Racing’s Garrett Boone. A return to the national scene since the 2014 season, Boone adapted to the Intrepid machine very well, placing eighth in the final SKUSA Pro Tour standings. The Texas driver finished the year moving up 47 spots to the 19th position. 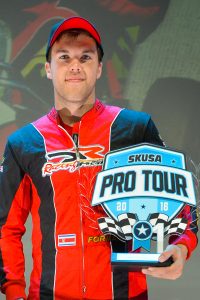 The 2016 season was not a perfect season for Formal, however, it was one of the most successful for the former Florida resident in shifterkart racing. A four-time US Rotax Grand Nationals champion, Formal added his first SKUSA Pro Tour championship thanks to a second straight S1 victory at the SuperNationals. The combination of Danny with the DRT Racing / DR Kart package has proven to be a lethal arrangement, with hopes of repeating the championship in 2017. 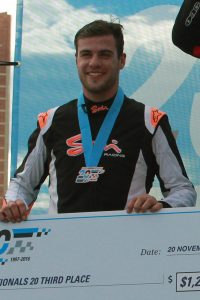 Each and every day, Jake French was working to be a better driver and better karter. It showed throughout the season as the DKC / Sodi Kart driver was a consistent threat every time he rolled the kart out of the trailer. French opened up the season with the inaugural Challenge of the Americas Shifterkart Senior title. Three top-five finishes on the SKUSA Pro Tour kept him within the hunt for the championship, finishing up with the vice-champion position thanks to his third place at the SuperNationals. Add in the US Open Las Vegas victory and 2016 was among the best seasons for French. 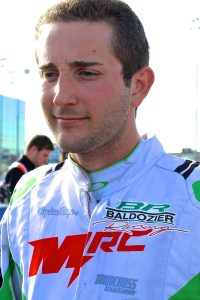 Last year’s #1 driver Musgrave is finishing 2016 in the third spot. It was another championship season for the MRC pilot, scoring the California ProKart Challenge title for the third time in four years. Musgrave added a second SKUSA Pro Tour victory to his CV, while going on to finish fifth in the title chase. Billy made his Aluminos debut at the SuperNationals after piloting the Praga brand for the last two seasons, placing just off the podium. The new collaboration