Building toward a strong and successful future for CRG 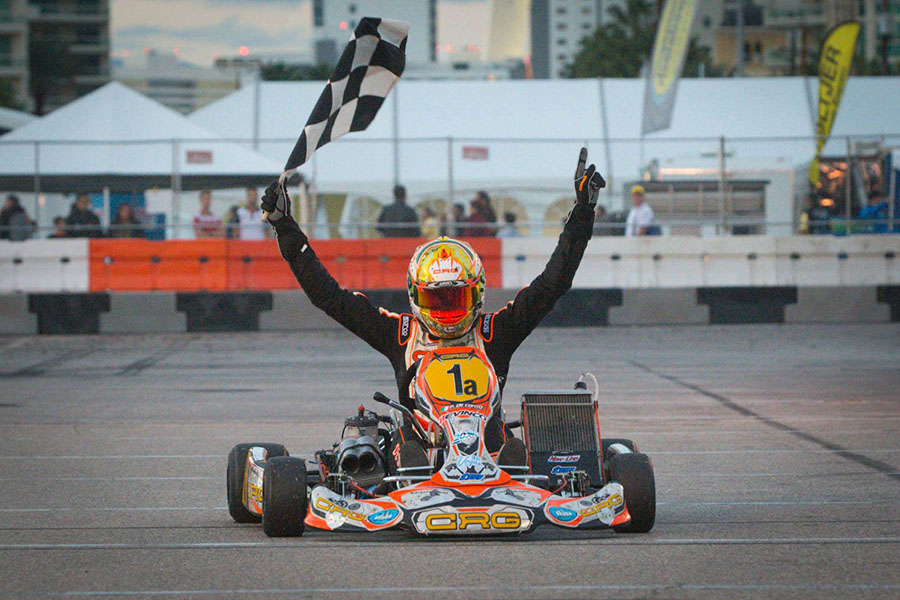 Paolo de Conto capped off the first full year for CRG Nordam with the $20,000 victory at the SKUSA SuperNationals (Photo: On Track Promotions - otp.ca)

The 2016 calendar marked the 30th anniversary for the founding season of the CRG brand in karting. For three straight decades, CRG has been among the best in the sport, having earned 38 World Championship titles and World Cup victories, including the recent victory by Italian Paolo De Conto at the 2016 KZ World Championships and Pedro Hiltbrand at the 2016 OK Senior World Championships. This worldwide success trickled into the United States market quickly, dating back to the company’s beginnings. Drivers like Patrick Long, Darren Elliott and Ron White were among those to gain victories and championships for the brand in North America, along with many accomplishments alongside the factory team when they made the trek across the Atlantic. Gary Carlton and Fritz Leesmann led the next generation, dominating the shifterkart ranks for a number of years. Today, the CRG brand has entered a new era in North America and is building toward the future with CRG Nordam.

Established at the end of 2015, CRG Nordam is the official North American distributor of CRG products. This is not just another company taking over the rights of the brand for the continent, but a true extension of the factory in Italy. The Tinini Group that controls and oversees the operation of CRG S.p.A., along with Maxter S.r.l., is in direct connection with the day-to-day work done at CRG Nordam. Eddy Tinini and Euan Jeffery are the key personnel positioned to oversee the operation, which is based in Conroe, Texas – north of the downtown Houston area.

Tinini is son of CRG founder and president Giancarlo Tinini, and serves as the CRG Nordam president. A life-long karter, Tinini lives and breathes CRG. As a former factory driver, Eddy understands the needs and desires racers have, and knows the CRG product is exactly what karters need to put themselves on top of the podium.

Jeffery has been in Italy for roughly 15 years now working in the Tinini Group. Part of his time was spent as a team manager and mechanic – working with drivers like Ben Hanley, Jules Bianchi and Davide Fore in the past. The last six years have been spent at CRG as a team manager and, most recently, overseeing the Commercial R&D. 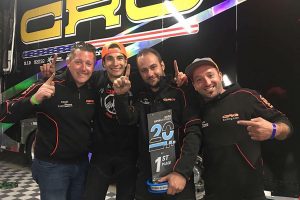 With Tinini and Jeffery in direct control of CRG Nordam, there is no question of the effort and the desire to grow the operation in North America. The focus of CRG Nordam is to create a solid bond between dealers and the racers with the factory in Italy. The company is not selling directly to customers or providing private sales. Business is done strictly within the dealer network where racers are encouraged to purchase their CRG products.

The CRG Nordam dealer network continues to remain strong for the CRG brand in the United States and Canada. There are currently 23 dealers in 15 states, reaching coast-to-coast, north-to-south, with the hopes to expand the numbers heading into the 2017 season. CRG Nordam set up its distribution center in Texas last year, and has continued to keep the building consistently full of product. There currently sits over $1.2 million in CRG inventory to be distributed to dealers across North America.

The full line of CRG kart products, including the new 2017 updates, is available from your CRG dealer through the CRG Nordam operation. Their direct connection with the factory provides the ability to have the latest updates and chassis models. In addition to the competition side, CRG Nordam carries the five models of the CRG “Centurion” Rental Kart, designed for corporate outings and indoor karting facilities. Many of the exhibitors and attendees at the recent PRI Trade Show visited the Speedway Indoor Karting facility in Indianapolis this past weekend – which owned by IndyCar’s Sarah Fisher – and features a full fleet of CRG equipment.

In the last few months, CRG has proven to be among the best in world as Paolo de Conto earned the CIK-FIA KZ World Championship in Sweden. A CRG has won at 17 of the 20 Superkarts! USA SuperNationals, racking up 29 victories over the 20-year history of the Las Vegas event. The latest win was the second triumph by de Conto. The 2014 SuperNationals KZ winner dominated the SuperSunday main event, fighting his way forward through the heat races following issues in qualifying, earning the $20,000 bounty. CRG’s second victory and lone SKUSA Pro Tour championship came via Robert Marks, securing the inaugural win and title in the S4 Super Master Stock Honda division. 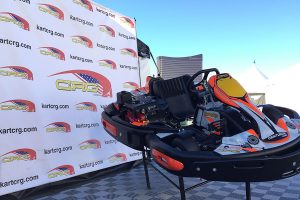 The full range of competition and rental karts are available through CRG Nordam (Photo: EKN)

The momentum from this year’s effort is set to carry over into the 2017 season with CRG Nordam going full force into the new season.  The team rig, which debuted at the SuperNationals with livery matching the factory squad in Italy, will hit many of the largest programs in the US where they will run many drivers, while supporting the dealer teams at every event.  It all begins with the Florida Winter Tour during the months of January, February and March. CRG Nordam is set to follow the US Open program as well, including the US Rotax Grand Nationals, and they’ll be front and center on the full Superkarts! USA Pro Tour, beginning at the inaugural WinterNationals at NOLA in March all the way through to the season-ending SKUSA SuperNationals 21 in Las Vegas in mid-November.