Understanding the Goal of TV Coverage 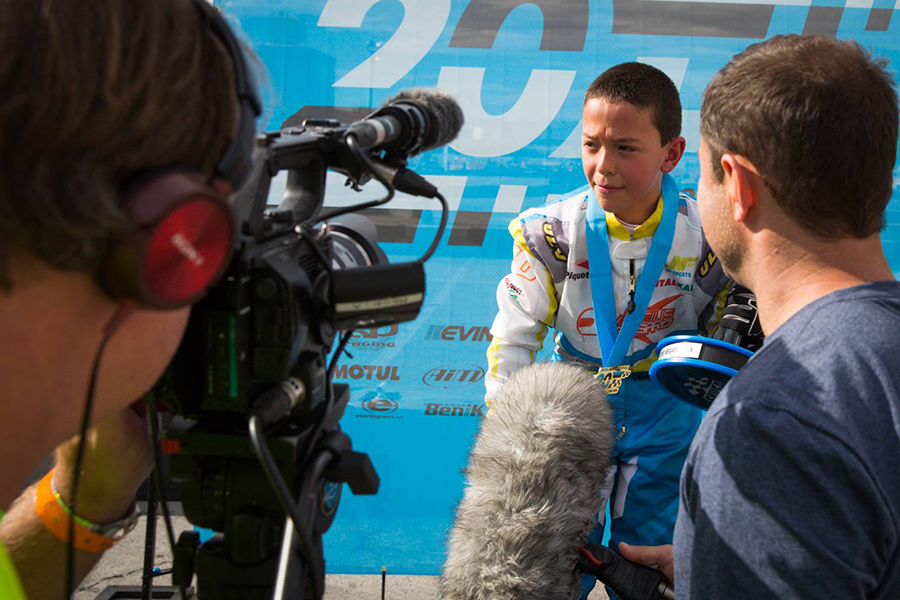 Television coverage of the SKUSA Pro Tour is about spreading the sport to the masses (Photo: On Track Promotions - otp.ca)

It’s been a long year, as I’m sure most of you will agree, and I’m finally back in the office after my last travel trip of the year.  I wrapped the season by attending the Performance Racing Industry Show in Indianapolis, working with the Mazda Road to Indy crew and hosting a few driver announcements on the IndyCar stage.  The show is massive, and it’s essentially 10 hours of standing each day, talking all different kinds of racing.  Many of my discussions inevitably find their way to karting, whether I’m chatting with industry members, team owners, racers walking the show or parents asking for advice.  Some of the hot questions this year centered on the SKUSA SuperNationals, my thoughts on the 20th edition and the TV broadcast that was coming up on that Sunday.

This interest in the CBS Sports Network broadcast extended to social media as well.  As expected, the days leading up to and immediately following the first CBSSN broadcast of coverage from the SuperNationals were filled with Facebook discussion centering on what SKUSA ‘needed to change’ in the approach.  As we all know, nothing is ever good enough in karting.  The first of three shows aired twice this past Sunday, and while the feedback was very positive, input was offered on social media focused on differing opinions on how to approach these shows.

I fully comprehend that people have different views on what should be presented.  I’ve been part of internal SKUSA discussions on exactly the same topic.  They’ve mulled it all over themselves over the last three years. The questions are obvious. Do they focus on just the Pro classes to promote the top level of the sport, or do they include the younger classes to educate families on the opportunities for their children?  Do they need to include all of the classes to guarantee that a viewer knows that there are different options with equipment or with age brackets? 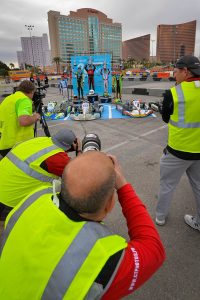 Coverage of karting not only can highlight those who succeed, but also needs to hit outside the industry to help grow the sport (Photo: On Track Promotions – otp.ca)

So what’s the next question?  Who’s actually watching?  SKUSA is the leader in Masters class racing in the US, offering three different categories on the Pro Tour and at the SuperNats, so if a majority of the viewers are over 30, it would be wise to show the S4 Master, S4 Super Master and X30 Master classes, correct?

This is the challenge that is faced when deciding how to approach each show. With that said, we must start with one irrefutable fact. First and foremost, it is SKUSA who making the massive investment in this effort and no one else.  It’s not the industry as a whole, it’s SKUSA, the privately owned company.  They are dropping the money and the benefits should focus on their program. They get to decide the target payback, so they must design the approach that most adequately makes it happen.  As such, the end goal of the coverage is in their hands and they should reap the rewards.  I don’t think anyone can truly argue this point.

This is where the issue with social media discussions lies. I believe that a vast majority of those making comments do not take this into account.  The reality is that each and every person who comments on a Facebook post does so based on their own personal agenda.  Yes, it may be purely altruistic and that is great, but unless they are thinking of SKUSA’s bottom line, their opinion is truly not valid when it comes to commenting on the investment goal.

Regardless, there will be opinions. Some believe that only the Pro classes need to be covered so that karting is presented as a professional sport, which could help push it in the realm of Supercross or Global Rallycross.  Others may want to see the power of the broadcast promote the grassroots level of the sport, so that karting can leverage the CBS Sport Network audience to fuel growth of the foundation.  Different beliefs, different agendas, different opinions and all notable.

I can tell you with certainty, based on the conversations I’ve had with the SKUSA brain trust, that they would love to see all of these goals achieved through their investment in this project.  SKUSA is committing over $150,000 to put karting on TV, as so many have wished for, in an effort to grow awareness of the sport, awareness of SKUSA racing, and to promote the Pro Tour as the premier national championship in the sport.  Personally, I think it’s all being achieved, little by little.

The current focus is a compromise, giving more time to the Pro classes, highlighting the kids, and making sure all of SKUSA’s categories get a little TV exposure time.  Then, I’m charged with the job of educating the viewers on some of the technical aspects of the sport in between my play-by-play calls.  We’re trying to jam a great deal into a 30-minute time slot, which equates to about 22 minutes of content.  The usual response to the limited time available is that SKUSA should do 60-minute shows so they can fit in more racing.  Well, that would almost double the budget, and it would also hinder the ability for the shows to get multiple re-airings.  The 30-minute show is much easier for CBSSN to plug in when they need a filler program.

The bottom line is that these shows are not about promoting individual drivers or teams.  The goal is to promote SKUSA and to promote the sport to new people.  And if educating newbies is the idea, let me give you a little insight into one of my personal experiences with the broadcast, and it actually comes in production.

As always, I enjoyed the unique opportunity to view the video coverage of the SuperNationals before it was shipped off to CBS Sports Network and Motors TV for airing.  I got myself set up at the studio one evening in early December to record the play-by-play voiceover for the shows, and I was working with a new producer for this particular session. One of the really interesting notes I take from these studio sessions are the comments and feedback from the producers I’ve worked with.  The response is unilaterally the same, and was the case in this instance as well:

“I had no idea this even existed….it’s awesome!”

That, right there, is the end goal of what SKUSA is trying to do with this tremendous investment.  The reaction of my producer is the same reaction of those who see the sport on CBSSN for the first time.  The concept is to present kart racing to a new audience, one that will see the show coming off whatever they were watching ahead of our timeslot.  In the past, the SKUSA shows have been rolled out after Pirelli World Challenge or Blancpain GT Series races, providing motorsports-hungry viewers with a reason to remain on the channel.  You know that the reaction of my producer is the reaction shared by many who were being exposed to real karting for the first time.

It’s often discussed how the sport needs to promote itself outside the community to new potential racers.  In my opinion, SKUSA’s program with CBS Sports Network is the absolute best thing we have going.

There is obviously one additional topic of discussion, which is the alternative option of live online streaming.  It’s easy to understand the desire of those in the community to have access to live video of Superkarts! USA Pro Tour events, or other major races. This type of online coverage allows friends, family and the karting community to watch the action from home.  Yes, it would promote SKUSA and its events within the karting community and would be an eagerly-accepted addition to the program to the current customer base, but would it grow the sport?

Let’s look at the reality. First and foremost, CBS Sports Network has the exclusive on the broadcast so SKUSA is not allowed to stream live coverage.  That ends the initial discussion right there.  If you contend that live streaming would be a better option, I would only state that SKUSA’s goals would need to change.  Does live streaming grow the sport?  Not really.  It would provide an online archive of events, but in truth, it simply offers access to those already in karting.  Online viewing numbers are not overly stellar in any motorsport these days, and other karting series with online streaming video efforts are not showing traffic stats that are likely to convince SKUSA to spend the money to get lesser returns.  Properly produced professional online coverage is expensive and it’s the very reason why we’ve remained dedicated to live audio as part of our EKN Trackside Live coverage.  We reach the same amount of people, or more, with our live audio, connecting with them in their homes, their offices and their cars.

Right now, karting is moving with a positive wave of momentum in national, regional and grassroots club racing, which is exciting.  With the Briggs 206 four-cycle package helping to inject renewed energy into club racing, the foundation is growing and thanks to the fact that SKUSA has contracted to continue their CBS Sports Network coverage on 2017, they will keep our sport in front of motorsports fans and other CBSSN viewers.