Texan offers gratitude and looks ahead 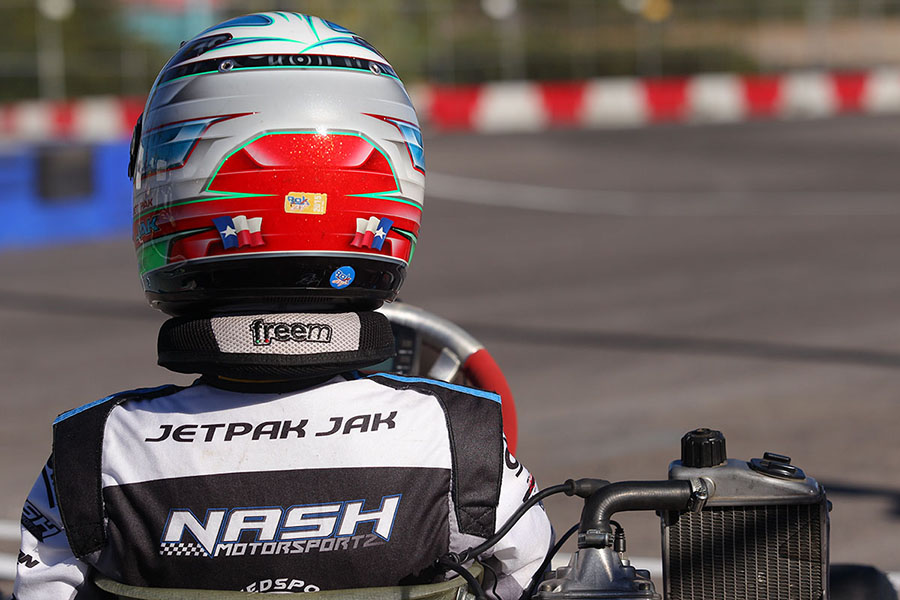 Jak Crawford closes out 2016 and looks forward to the 2017 racing season (Photo: CKN)

With a highly successful cadet karting career now in the books, Jak Crawford is setting his sights on the next level and some new racing opportunities. Looking forward to the 2017 season, Crawford looks back at a very successful karting career that included multiple major race wins and many championships along the way.

Over the past few years, Jak has been fortunate to work with some of the best names on the worldwide karting scene including the Italian Simone Sorio and the Dutch Richard Hergink.

Many others have been instrumental in cadet kart racing including Seth Nash, Mick Panigada, Mike Maurini and Martijn Koene, Chris Freckleton and Chris Hatfield.

There are many more that could be mentioned including early racecraft coaching by Garrett Boone. The karting track outside Katy, Texas, GCKI, proved to be the perfect cadet paving ground with its tight-twisty configuration.  Training partners such as Maxwell Waithman inspired Jak to be fast.

Jak enjoyed his four international races in Italy the best, where he performed exceptionally well each chance he was given with team Energy Corse.  Out of the four races at the South Garda Karting facility over a two-year span, including a major track configuration change, Jak’s average finish was fourth and never out of the top-ten with of an average field size of 120 racers.  An amazing statistic for the young American driver making it easy and accurate to call him one of the best cadet drivers in the world.

With the cadet ranks now behind him, 2017 is a big transitional year for the speedy 11-year-old with more emphasis on training to prepare for three years of kart racing at the highly-competitive, and always eventful, junior level.  There will be some early national racing at Challenge of the Americas, but the karting schedule will be lighter than past years have been in cadet karting.

Instead of GCKI, many training sessions will take place at the new Speedsportz Racing Park complex in North Houston, as well as with racing experts at the Alan Rudolph Racing Academy; both businesses are set to fully open early in 2017.

A few international junior races are anticipated in the fall once Jak is 12 years old but the only schedule news now is that the Challenge of the Americas program will take place with his long-term team on the West Coast, Nash Motorsportz.

Perhaps the biggest news is Jak’s kart racing schedule strategically being reduced and taking a back seat to Legends car racing into 2017. Talks are underway with a Charlotte, North Carolina based team and the plan is to run races in Texas at Texas Motor Speedway, where Jak ran a few Bandolero races in 2016, and in North Carolina at Charlotte Motor Speedway with his new Charlotte based team.

The transition to Legends racing is opening doors to new marketing opportunities and those announcements will be made as the winter karting season comes to a close. OMP continues to be the performance supplier to the best racers in the world, and Jak will continue his partnership in 2017.  Much appreciation to Mike Maurini of RTD Media and Management, Jak’s marketing resource choice, for his recent work.