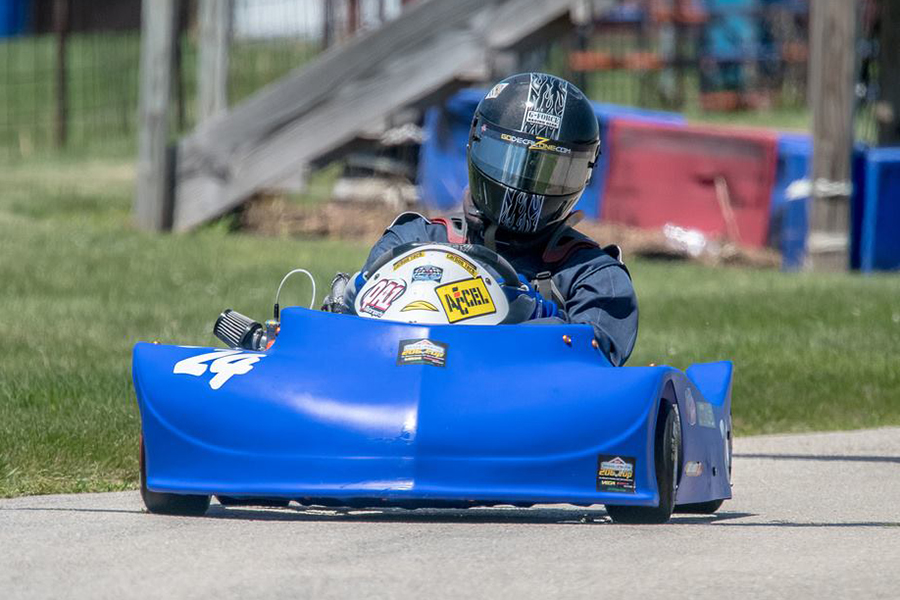 In March 2015, Briggs & Stratton announced the ‘Briggs Weekly Racing Series presented by RLV’ program for the grassroots Briggs LO206 racers across North America. The premise is to match racers against other racers at tracks from the same state, the same region, and the entire continent. While Briggs presented the WRS to tracks all over the country, the ultimate responsibility was put on the racers to have their own track or club series sign up for program, and in return both the tracks and racers would receive a prizes at the end of the season, including many of the great products produced by Briggs & Stratton.

The format is simple. A racer must compete in the Senior or Masters LO206 category – and the new-for-2016 Junior division – at ONE recognized Briggs WRS tracks or series, racing in at least seven events in the calendar year before November 1, all in accordance to the Briggs & Stratton rule set. Each track must be a sanctioned facility in good standing with WKA, IKF, NKA, TAG USA or AKRA. The Senior, Masters, and Junior LO206 classes must follow the Briggs & Stratton factory rule set in its entirety with no exceptions (in Canada, the official ASN rule set). The track must submit a maximum of 11 race dates (including rain dates), and the final results within one week following said events.

Points are accumulated based on the first eight races attended, with the best seven of the eight counted at the end of the season. Both Senior and Masters drivers compete head-to-head in the standings, while Junior drivers will have their own rankings. Points for Senior/Master are based on three categories:

* Category 1 – Quantity of karts participating in the class. The scale is 1 point to 10 points, based on the number of karts. More than 10 karts is still 10 points.

* Category 2 – Finishing position. First place equates to 10 points, down to 10th place or above at 1 point.

* Category 3 – Number of karts finished ahead of (maximum is 10 karts).

* Category 1 – Quantity of karts participating in the class. The scale is 1 point to 7 points, based on the number of karts. More than 7 karts is still 7 points.

* Category 2 – Finishing position. First place equates to 7 points down to 7th place or above at 1 point.

* Category 3 – Number of karts finished ahead of (maximum is 6 karts).

The three US regional winners and one Canadian champion in Senior/Master standings will be crowned at the end of the season. The top three will be awarded a P3000 PowerSmart Inverter Generator ($1,500 value). Fourth through 10th in each region receive a P2300 watt PowerSmart Inverter Generator ($650 value). Eleventh through 12th are awarded the 2,200 PSI Briggs & Stratton Brute Pressure Washer ($350 value) with 13th-17th each receiving a Sonic Tools 61 piece Socket Set ($175 value). The total value is over $10,600 per region.

For the Junior standings, the top-20 drivers earn the Sonic Tools 61 piece Socket Set ($175). Twenty-first through 60th are awarded custom youth-sized Briggs & Stratton driving gloves ($70). All that comes in at over $12,000 in additional prizes for the Briggs WRS program.

In total, over $55,000 will be awarded at the end of the Briggs & Stratton Weekly Racing Series presented by RLV.

The Midwest is the heartland and birthplace of Briggs 206 racing, thanks to Briggs & Stratton’s world headquarters in Wisconsin. The 206 gained its roots at the local tracks in ‘cheeseland’, expanding to surrounding local clubs and tracks in the nearby states. The Briggs WRS program was hosted at 13 clubs/tracks with 348 drivers taking part. The largest of those in 2016 was the Kart Racers of America at the New Castle Motorsports Park in Indiana. It was well-documented throughout the season just how large the following at the facility was on the year, coming in with 99 racers taking part in their club races.

The Midwest can be proud of its racers, including the Briggs WRS region’s top driver Logan Smith. The Illinois driver scored as many points as the overall Briggs WRS leader Skylar Dunning, placing third in the overall standings. Smith recorded eight victories in his 10 starts at the Concept Haulers Motor Speedway in Norway, Illinois – one of the sports historic facilities located just outside the greater Chicago area.

Karting is the great equalizer when it comes to talent behind the wheel. Six of the top-12 in the Midwest region are above the Masters minimum age, with the average equating to 32-years-old. Thanks to the Margay Ignite movement, St. Louis racers fill up half of the top-12 with five coming from the program at the Gateway Kartplex.

Below is a breakdown of the tracks in the Midwest region with the number of drivers who participated in their program and the Briggs Weekly Racing Series in 2016, including both Senior and Masters. 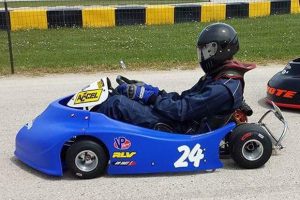 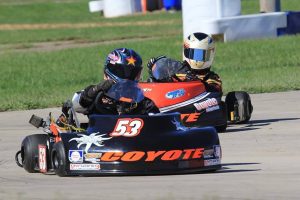 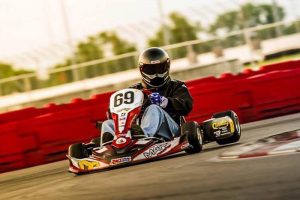 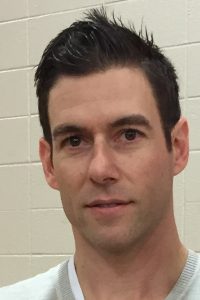 Age: 39
Hometown: Glen Carbon, Illinois
Occupation: Medical Sales
Chassis: Margay Ignite K3
Sponsors: None at the moment but there is plenty of space available if someone is interested. I can say the success I have had is thanks to Margay, everyone from Keith Freber, Greg Dingess, and everyone else at the shop. Also a big thanks to Gateway Kartplex and their staff.
Years Karting: 2
2016 Accomplishments: Strong finish in Briggs WRS standings
2017 Goals: Improve on 2016 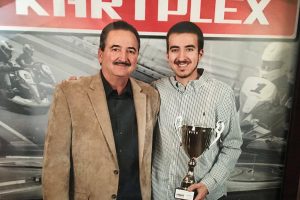 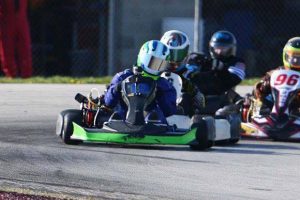 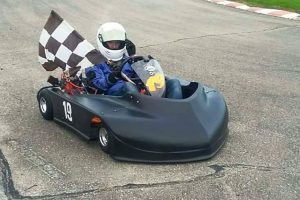 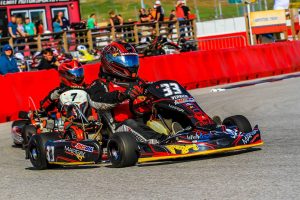 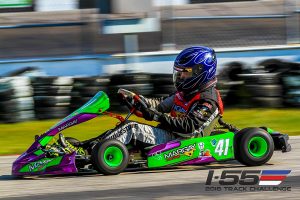 Age: 23
Hometown: Troy, Missouri
Occupation: Assembly Line worker
Chassis: Margay Ignite K3
Sponsors: Unsponsored but looking for sure
Years Karting: 1
2016 Accomplishments: 2nd Place – I-55 Series (Ignite Senior), 3rd Place – Gateway Supercomp Series (Briggs Senior), 3rd Place – Gateway Ignite Series (Ignite Series), 2 wins in Supercomp series and a total of 14 podiums through the year.
2017 Goals: Win more races and compete for a championship in the Gateway Supercomp Series again. Get better at adjusting my kart throughout a race day. Go to another track that I haven’t been to yet. Sign a sponsor. But most importantly have fun doing what I love, racing. 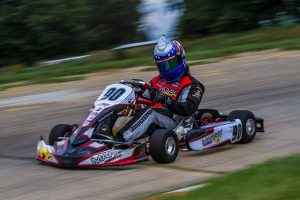 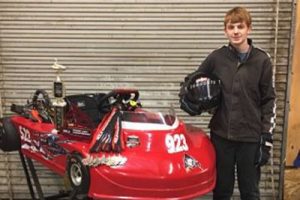