Karts and cars on the docket for Motorsports Driver Development 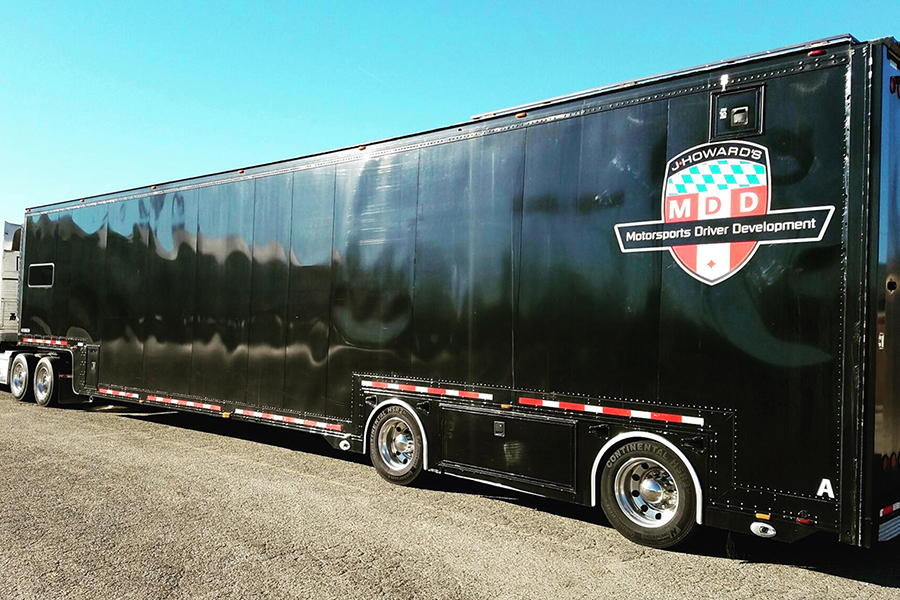 The MDD rig made its debut at the SKUSA SuperNationals and is set to have a presence across the country in 2017
(Photo: MDD)

With the 2016 karting season now at a close, Jay Howard and his Motorsports Driver Development program are hard at work solidifying plans for their 2017 campaign. With a successful year which included race wins, podium results, national championships and growth to the F4 program in the MDD arsenal, Jay and his crew are avidly looking forward to the 2017 racing season.

“It has been a great year for MDD as we have firmly planted our feet in the karting market,” explained Jay Howard. “Our MDD branded drivers had great success and were able to explode on to the scene which really set the groundwork for the rest of the season. The formation of our new F4 effort secures the next step for our drivers and the announcement of our 2017 plans confirms that we are continuing to push forward.”

On the karting side of things, MDD will focus on three national level programs and one club level series in the United States. Jay Howard and MDD have confirmed participation in the Florida Winter Tour ROK Cup USA program, the SuperKarts USA (SKUSA) Pro Tour and SKUSA SuperNationals 21 as well as the World Karting Association (WKA) Manufacturers Cup. Additionally, MDD will have a major presence at the NOLA Club Championship in 2017.

Jay Howard and Motorsports Driver Development will enter the F4 United States Championship in 2017 as well as offer private MDD tests open to any driver looking to try out an F4 car. MDD will also organize in-house private test days in the sleek looking F4 for full season drivers only.

With multi-level arrive and drive packages available on both the club and national level or drivers just looking for additional driver coaching, please contact Jay Howard and Motorsports Driver Development. In 2017, MDD will also offer transportation and trackside support services for karting events.

For more information on Jay Howard’s Motorsports Driver Development program, please contact him via e-mail to Jay@JayHoward.com or visit him online at www.JayHoward.com.