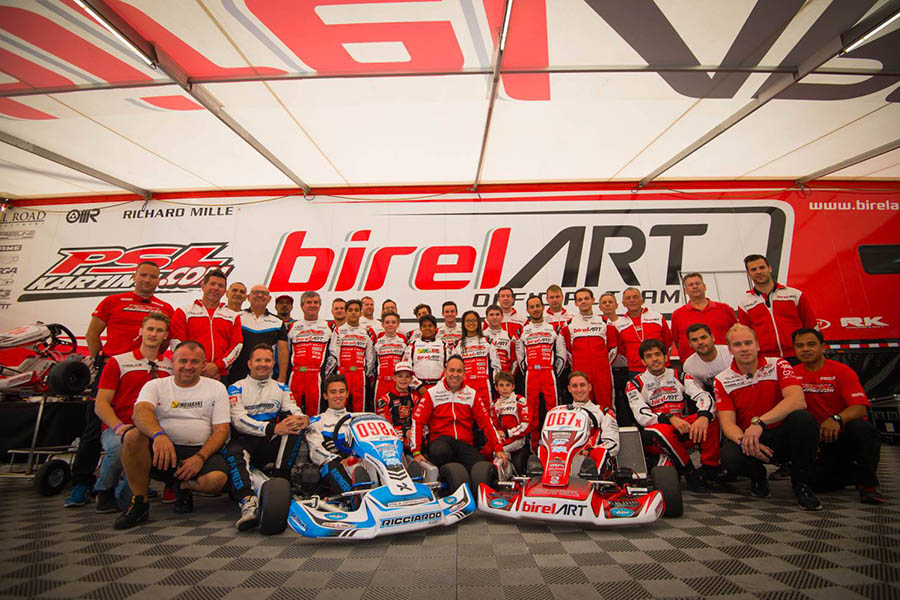 The largest event of the year closed off the season for PSL Karting as they walked away with the 60cc Mini Swift Super Nationals title, along with many impressive results and moments during the race. The track, in its new configuration at the Las Vegas Convention Center, offered fast sweeping corners and a wide, safe, track layout to minimize on damages to the karts and competitors.

Mini Swift standout and Champion, Thomas Nepveu, was generally in the top 5 for all sessions, qualifying P12 overall out of over 80+ drivers from around the world. In the final Thomas would battle with SKUSA best Mini-Swift drivers to eventually come away with a huge win! Nepveu has had an exceptional season, also becoming the first Vice-World Champion of Rotax Mini Max in Italy this past October.

X03 Jr standout and recent addition to the PSL team, Ryan MacDermid, proved his strength and versatility as he was able to transition from the Mojo to the Envico without any issue whatsoever. Being in contention for the win at some points during the weekend, McDermid is now ready for the 2017 season.

Senior X-30 pilots, Kirkwood and Kremers, were easily the quickest in all on track sessions. Kyle, made a mistake and finished outside the top 10, where Kremers was leading the final and pushing hard to put a gap on P2. While leading, pushed a bit too hard and went wide on the last corner, touching the barrier and destroying the kart. These are the risks involved with high-level street racing, but the performance of the Birel ART (Allison Racing Engines) was obvious to all who observed.

S1, Kyle Kirkwood, completing double duty in both the shifter and tag classes, was under tremendous pressure, and a small error forced him to retire early. However, notable performances and results from the 2017 CRY-30-S8-B chassis’s have proved the improvement Birel ART has made on sticky tires in America.

“This was a pivotal point in the perception of PSL and Birel ART, as we have now proven that anyone can win on the material, not just supported drivers. We are so thankful and proud of all our pilots this year, and especially a big thanks to all our partners and families involved this season. Roni Sala, has been a big supporter and provided guidance in order to be as successful as we could be” – Dominic Labrecque, PSL Karting President