Second Place for Vidales at the World Championship in Bahrain 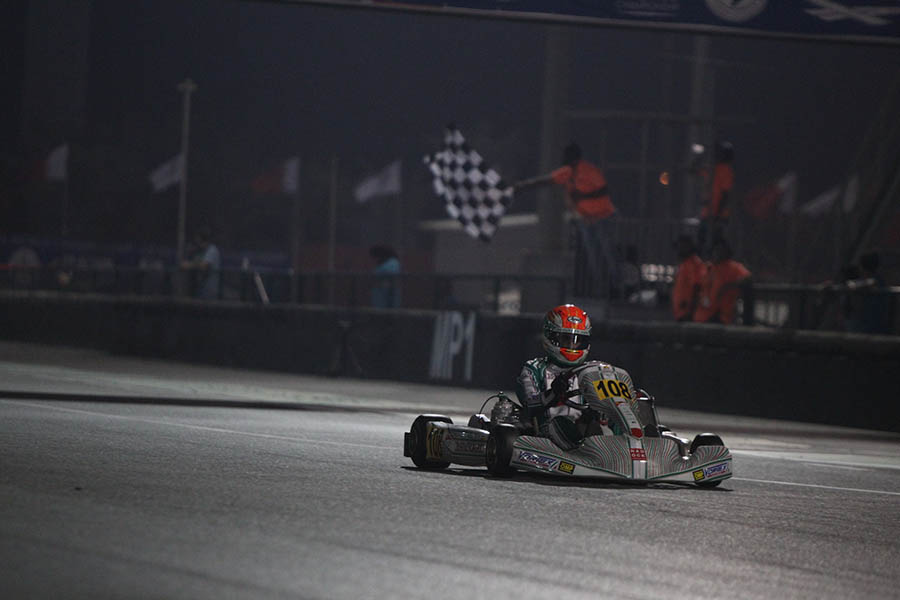 The CIK-FIA World Championship held in Bahrain has seen the Tony Kart-Vortex chassis be great protagonists of the event. First amongst the others David Vidales, our OKJ driver, who fought for the world title from qualifying to the final. Under the checkered flag Vidales arrived second, after the Kosmic Kart chassis of Victor Martins, new World Champion.

The Racing Team drivers ran at the top positions, since the qualifying in OKJ, with Vidales who gained an excellent pole position (51.848) and Charles Milesi the twelfth. In the sequence of heats Vidales won two and has always been very fast, finishing the others in the first positions, gaining the top position in the ranking and the box number one in the prefinal grid. Vidales led prefinal 1, managing some hard and close duels during the first laps at best. In prefinal-2 Charles Milesi has performed a successful comeback that took him to the seventeenth place (qualified) also obtaining also a best lap of the race (51.945). The final was very tough, as it should be a race assigning the world title in eighteen laps. Just during a very competitive struggle, Vidales was forced to lose his good gap. At this point, our driver, thanks to a perfect chassis, has completed an intense and determined comeback that led him from the sixth to the second position of the final. Milesi also showed off his competitive Tony Kart-Vortex chassis, to the point of being the driver who has performed the highest number of overtaking in the final, twenty-five, finishing in ninth place, with a best lap in the final ( 52.057). Very good performance was also showed by the young Academy champion, Callum Bradshaw, able to easily enter in the starting grid of the final. We remind that Bradshaw joined our Racing Team for having won the CIK-FIA Academy Trophy. In the cadet class, the drivers who have employed material of our production were, as it often happens, numerous and have taken positions at the top of the standings, as the Racing Team’s drivers who often fought against rivals at the wheel of identical material as theirs. In the top ten list we have not less than eight chassis made in Prevalle.

In OK category our drivers, Moggia, Simmenauer and Novalak, finished the qualifying heats in eleventh, seventeenth and twenty-first position, respectively. If our drivers experienced some troubles, the Tony Kart-Vortex chassis has gained the top positions thanks to the pole position of Travisanutto (Ward Racing – best lap of the event 50.001) the two victories in the heats and Smolyar’s success (Ward Racing team). Just the Tony Kart-Vortex driven by Smolyar jumped from the front row in the final. Unfortunately a collision soon prevented him from continuing his fight for the success. In the final Simmenauer entered the top ten, gaining the ninth place, Moggia ended his first world OK championship in the twelfth and Novalak finished sixteenth after a final in which he was able to recover several positions.