20th edition of the largest karting event in the world 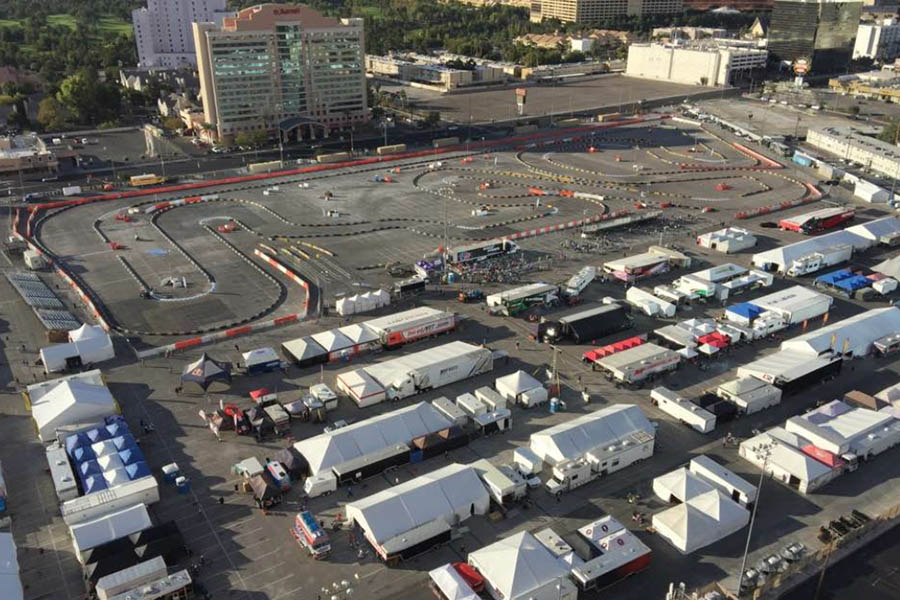 EKN’s Paddock Insider is a new Trackside coverage addition, bringing you notes, updates and breaking news as it happens. The article will be a timeline of events as they happen during the Superkarts! USA SuperNationals 20 at the Las Vegas Convention Center. The information will not be seen anywhere else, including interviews and photos. Please feel free to comment and discuss our coverage and today’s action in the EKN Global Members Discussion area below: For complete coverage head to the EKN Event Page. 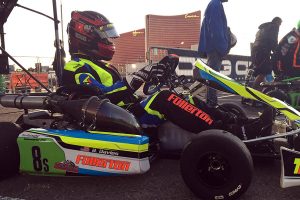 Those in the industry know the name Terry Fullerton. The 1973 World Karting Champion was considered to be among the best drivers of that time, stated by the late Ayrton Senna, who publically stated Fullerton as one of the best drivers he ever faced and raced alongside. Now, the British driver has brought back his chassis brand, with the new Fullerton-USA operation. Rich Gutierrez and Lance McGrew have joined forces to promote the brand here in the states. Over the last year and a half, Fullerton-USA has been testing and fine-tuning the TF2 frame for TaG competition. With the brand emerging as a top contender, the program is expanding into the shifterkart market with the TF2 model. S4 driver Brian Davies is racing aboard the only Fullerton shifterkart in the United States. It has been a few months since Davies has raced, but it’s a great opportunity to put the Fullerton in race conditions, and there is no other like the SuperNationals. 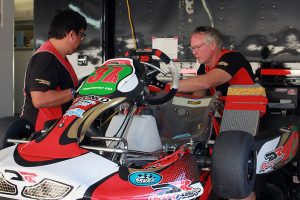 Don Guilbeault and the DRT Racing team making sure Formal is ready to go for qualifying (Photo: EKN)

Winning at the SKUSA SuperNationals is tough. Doing it back-to-back is even harder. We have seen it done in Masters competition, but in the 19-year history of the event, no driver has won back-to-back in the S1 category. Last year’s performance by DRT Racing’s Danny Formal was dominant, sweeping the event by leading at the checkered flag for every session. It was not a surprise to find him there, as Formal and DR Racing Kart had worked well previously at the SuperNationals. The chemistry between them blossomed into a first SuperNats victory for Formal, DR Racing Kart, and DRT Racing. Team owner Don Guilbeault has worked hard at establishing the brand here in North America with countless testing hours and working directly with the Italian factory to ensure a strong product is placed on the track. This year, Formal and DRT Racing are looking to become the first repeat winners in S1. The team has solid drivers in S2, S4, and KZ with Formal joined by former SKUSA champion Alan Sciuto. Formal nearly landed the top spot in qualifying, missing the top spot by just one tenth of a second. 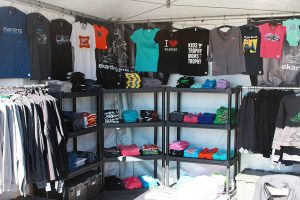 This weekend, be sure to stop by the #EKNGear vendor booth here at #SuperNats20 to get all your karting gear. We are hosting a EKN Swag Selfie Contest again this year during the Superkarts! USA #SuperNats20. Two winners of the contest will be selected. First, Saturday evening one person will be drawn to win a VIP seat up in the #TeamCooperTire tower for all of SuperSunday. The second will be drawn and win an EKN Spyder apparel item of his or her choice.

Here are the contest rules: 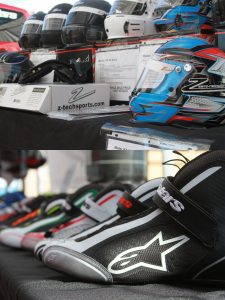 The Las Vegas-based Acceleration Karting Racing is THE online source for all your karting products, with their focus on making the customer #1. Two major events just minutes from their headquarters had made for a busy month, supporting a number of their customers, industry members, and providing trackside sales – including this week here at the SKUSA SuperNationals 20. Those here already or coming in on the weekend need to check them out at the end of vendors row. This weekend, they have representatives from Zamp helmets and Alpine Stars. Zamp is providing a 10% off on their line of helmets with 20% off anything from Alpine Stars. 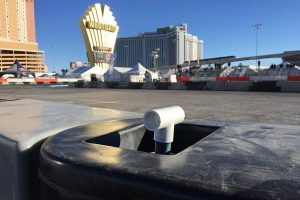 The SKUSA crew worked late into the night, updating the barrier setup to prevent strong winds from taking them off their stationary pegs. A t-handle was glued to every peg around the entire circuit to stop them from getting lifted up and across the track. As a team, they worked around the course until 1am. It was a situation we had never seen at the SuperNationals or any other temporary course. Dating back to the 2008 SuperNationals during the S4 main event when barriers were picked up and blown across the course, blocking the track and causing a red flag. We have positive remarks and negative reactions to the updated schedule, however, the most important thing was safety of the drivers and the workers on the course. Today’s action will wrap up over two hours past the originally scheduled timeline, but all the afternoon drivers are on the same page in terms of track time.

Three Rounds for Afternoon Classes Cancelled Due to High Winds 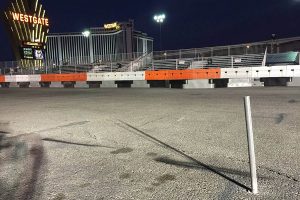 High winds, reaching reports of over 50 mph, brought the afternoon practice sessions to an early end. The winds were strong enough to blow barriers off their pegs and threaten to topple light posts. Officials have wisely decided to be safe and re-schedule the remaining afternoon sessions for tomorrow. SKUSA will provide drivers with four 10-minute sessions and the standard 7-minute qualifying to maintain track time. 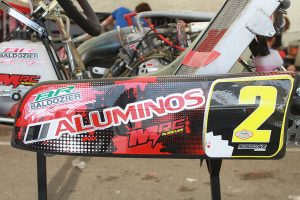 Musgrave Racing Company is debuting the Aluminos chassis under their tent at the SuperNationals (Photo: EKN)

In Southern California, Musgrave Racing Company is helping to grow the sport in terms of numbers and industry support. Over the last four years, their race team and shop have grown exponentially. Throughout 2015, their support was focused on the Praga chassis and for much of 2016, it continued. MRC is now expanding to welcome in the American-designed Aluminos chassis. S1 lead driver Billy Musgrave and S2 standout Callum Smith, along with other selected drivers are making their debut on the Italian-manufactured chassis. Musgrave was P2 in the final session today, showing great pace to become an instant contender as the event begins. Talking with Aluminos owner Rob Soares, he is very happy with the recent testing done with MRC, and is really looking to establish a strong TaG package for the brand heading into the future. MRC is still looking to support their customers on other brands, including Tony Kart, CRG, Praga moving forward, bringing Aluminos into the mix. 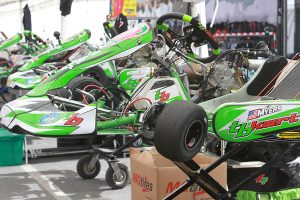 AJ Myers is looking to carry the TB Kart name to the top of the podium in S1 and KZ (Photo: EKN)

The TB Kart name has been in the karting industry for a number of decades, including stints here in the United States. The brand is making a comeback in North America thanks to the efforts of Farshad Bagheri and TB Kart USA. The Florida-based operation has a strong contingent in its home state along with the TB Kart Indy operation in Indiana, looking to expand more throughout the continent. Victories at the national level have brought attention to TB Kart, thanks to AJ Myers. The former USPKS champion jump on with the brand prior to the SummerNationals, and dominated the weekend in Indiana for the chassis’ first-ever SKUSA Pro Tour victories. Myers is looking to give TB Kart its first SuperNationals victory, competing in both the S1 and KZ categories. Myers was seventh aboard another chassis in S1 a year ago, with the Florida native standing on the KZ podium in 2014 as the best finishing American in fifth.

#Repost @pitkitkarting Post pictures of our stickers and T Shirts at #supernats20 Make sure to tag @pitkitkarting We just might have to give something away for the best photo. #beta #karting #doitrightonce #makekartinggreatagain #skusa