CRG Lining Up Strong Drivers in Bahrain and in Las Vegas 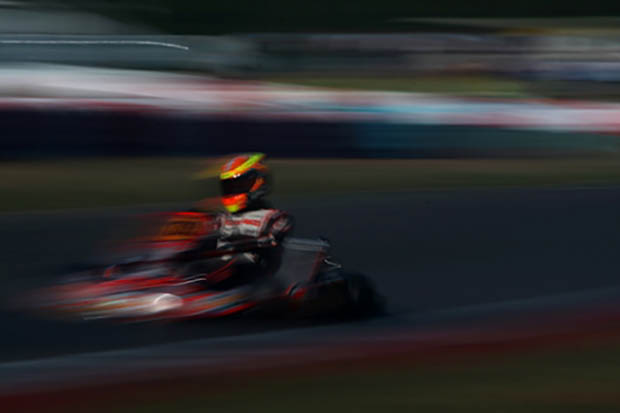 The World Championship is back this Saturday November 19th with the closing round of the season for categories OK and OK Junior. CRG is ready to get on track as a protagonist. The 20th edition of the SKUSA SuperNationals will get underway in the same weekend in Las Vegas. Paolo De Conto star in KZ.

CRG will run a double International appointment this coming weekend, as the Italian outfit will be fielding a strong squad in Bahrain’s World Championship for categories OK and OK-Junior, and a super lineup in Las Vegas’ Supernats!

Following the crushing success at the KZ Wold Championship in Sweden with Paolo De Conto on CRG-Tm and in the International Super Cup KZ2 with Pedro Hiltbrand on CRG-Maxter, and the victories at the European Championships of category OK with Pedro Hiltbrand on CRG-Parilla and KZ2 with Fabian Federer on CRG-Modena run by team SRP, CRG is ready to shine also in Bahrain during the closing world round of this season.

The spectacular circuit of Sakhir will house the World Championship for category OK and OK-Junior on its 1,415 meters on Saturday November 19th during an overnight race. Edition 2013 of the Championship has already taken place in Sakhir and back then, the World title of KF went to Tom Joyner on Zanardi-Parilla, in the race that marked the final presence of Max Verstappen in karting on CRG-Tm before his move to motor-racing.

CRG squad for Bahrain has all what it takes to score a strong result. In OK, the Italian outfit will field Pedro Hiltbrand, the German Hannes Janker, the Finn Paavo Tonteri and the Italian Felice Tiene, all on CRG-Parilla. Alongside them, Tom Joyner on Zanardi-Parilla will try and chase his second title on this track. CRG Keijzer Racing Team will field the Dutch driver Alexander Gaal.

CRG’s presence in category OK-Junior will be particularly big with a lot of very strong drivers, like the Norwegian fresh winner of the German Championship Dennis Hauger, the two Belgian-German brothers Esteban and O’neill Muth, the French Adam Eteki, the Brazilian Gianluca Petecof, the Italians Mattia Michelotto, Lorenzo Ferrari and Matteo Nannini, the Japanese girl Shion Tsujimoto, the Spanish Kilian Meyer Prat, the Argentine Luca Longhi and the Czech Dan Skocdopole, all on CRG-Parilla. The German Valentino Fritsch will compete on CRG-Tm instead.

The 20th edition of the SKUSA SuperNational will take place in Las Vegas in the very same weekend. Several strong names will be present at the start, including the new World Champion Paolo De Conto who will be competing in KZ with CRG Nordam. Also present, alongside De Conto, the Americans Jaskol Matt and Alexander Rossi and the Swede Benjamin Tornqvist –  the latter was second at the International Super Cup KZ2. A lof of CRG drivers will be competing in one of the 10 categories on track in Las Vegas. This event is announced to be highly spectacular once again.