Five drivers on the hunt for $20,000 in world category 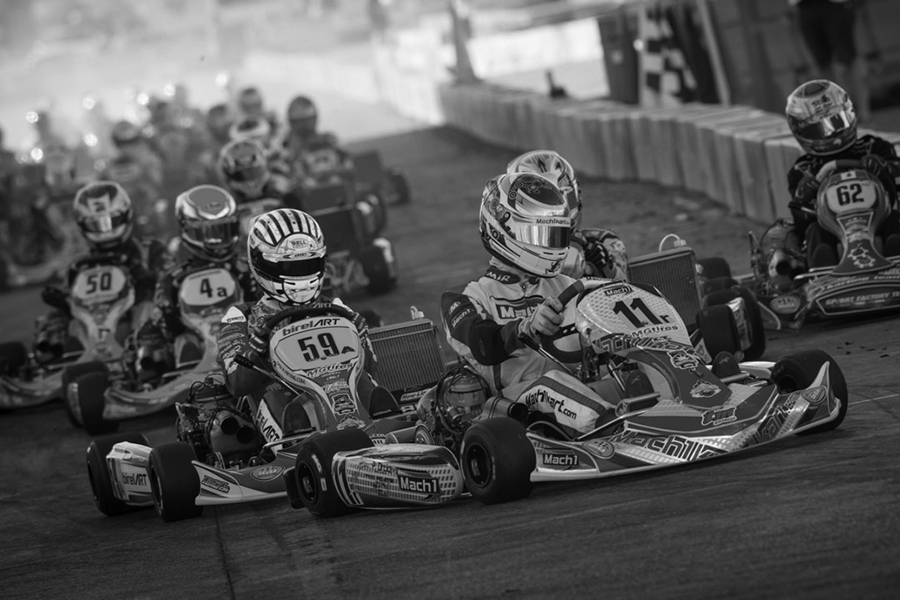 The fan favorite every year at the SuperNationals is the KZ division. Non-moto racing was at the first SuperNationals in 1997 with the Formula C engine package. Canadian Michael Valiante won the first three years of the class before it was removed to allow for the expanding class structure of the Superkarts! USA program. The introduction of the ICC engine package brought a karting-specific engine back to the SuperNationals in 2002, with the SuperPro division moving to a mix-program of moto and ICC engines the following year. Eventually, ICC was the dominant engine package, and continued into the introduction of the KZ engines. The category remained as the SuperPro category until the SKUSA Pro Tour was established in 2010, rebranding the class with the KZ name. 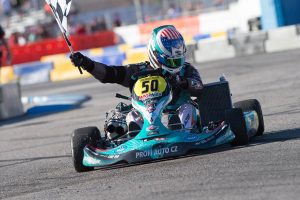 As one of the three headline categories, the $20,000 bounty offered up by Superkarts! USA is on the line, with five former winners among the 30 drivers looking to be the SuperNationals 20 victor. Three of the four multi-time winners are in the 2016 field, including last year’s victor Gary Carlton. It was an emotional win for the California-native, who now calls Italy home. Karting has been Carlton’s life since the early 2000s when he found a home with the famed Trackmagic operation. The death of founder Fausto Vitello in 2006 eventually led to Carlton moving to the PCH operation – owned by the Neal family – and racing a CRG. That year, Carlton won his first SuperNationals and his success after that led to him moving to Europe to be part of factory team. Since then, he has competed with a few other chassis brands and remained a SuperNationals competitor year after year. During the 10-year span, GFC finished six times in the top-10 in Las Vegas. Now with IPKarting, Carlton is looking to duplicate the magic he found with the Formula K machine a year ago to cash in on the $20k.

World champion is a title that Carlton strives to earn, something 2014 SuperNationals winner Paolo de Conto has already notched. The Italian scored the CIK-FIA World KZ Championship in Sweden this September following a runner-up performance in last year’s event. Paolo won his SuperNats at the Rio aboard the new Birel ART chassis, which was his final event with the operation before moving to CRG – where he remains. Last year’s attempt at defending his victory was not one to be proud of, eventually retiring early. 2016 is his attempt to become a sixth multi-time winner in the KZ division. 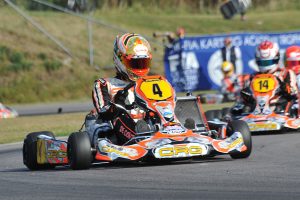 French driver Anthony Abbasse has turn over two helmets to Superkarts! USA CEO Tom Kutscher, the cost of earning the $10,000 check for winning at the SuperNationals. The longtime Sodi Kart driver won in 2011 and 2013, and has been in contention since his first trip in 2008 when he and world champion Marco Ardigo made contact racing for the lead. Abbasse is returning to the SuperNats after a two-year hiatus, coming off a runner-up to de Conto at the world championship.

Now his teammate, Bas Lammers was one of Abbasse top challengers. The 2009 SuperNationals winner won with Intrepid that year in what was a near sweep of the podium for the chassis. The Dutch driver has raced in four of the past six SuperNationals, placing on the podium in 2012, 2013 and 2014. Lammers was not in Las Vegas a year ago, but the fan favorite is back flying the colors of the Sodi Kart brand. Bas also finished fourth at this year’s worlds.

The SuperNationals moved to the Rio in 2008, and with it came the only victory for Belgian driver Jonathan Thonon. We have seen the four-time world shifterkart champion compete in Las Vegas three times, placing runner-up in 2014 in his last appearance. It has always been with the black and orange of CRG, as 2016 brings new colors for Thonon in the blue and green of the factory GP with the VCI Mexico operation. GP has never won the KZ category at the SuperNationals, and Thonon is among a dual threat for the chassis. 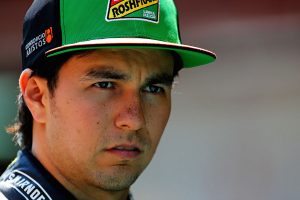 Last month, EKN discovered a test session in Mexico featuring a number of GP personal and Formula One driver Sergio Perez. It became official when the entry by the Sahara Force India F1 driver was confirmed by Superkarts! USA. The Mexican motorsports star competed at the SuperNationals over a decade ago during his progression up the racing ladder, and is returning in between the Brazil and Abu Dhabi events – competing under the VCI Mexico operation with Thonon.

Perez is not the only high-profile name competing in the KZ category this year. 2016 Indianapolis 500 winner Alexander Rossi is returning to his roots with former karting coach Matt Jaskol for an assault on the SuperNationals. Rossi and Jaskol are teaming up for a week of fun, racing in both the KZ and S1 divisions under the CRG Nordam tent. Rossi has never competed at the SuperNationals while Jaskol is a longtime veteran of his hometown event, winning the Junior 80 class in 1998. His best finish in the KZ category is seventh back in 2010. The growth of Conor Daly from a young Margay driver to the rise of a IndyCar Series driver has been an amazing ride. The second-generation driver has carried the American flag with him throughout his motorsports journey that has taken him around the world. Always coming back to his roots in karting, Daly is partnering up with the iKart operation from Indianapolis to contest his first start in the KZ category. 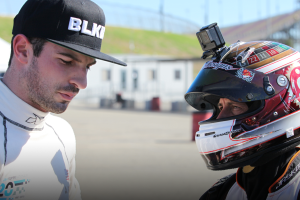 Familiar names to watch include current SKUSA Pro Tour S1 point leader Danny Formal (DRT Racing / DR Kart) making his first KZ start, and running double duty with the S1 victory from last year and a possible 2016 Pro Tour title on the line. AJ Myers stood on the podium as the only American during the 2014 KZ main event. The TB Kart USA driver won both main events at the SummerNationals in S1, slated to race both categories as well. Canadian Phillip Orcic finished on the podium last year in an impressive drive to third. He is returning back with Mach 1 USA, also racing in the X30 Senior division. Watch for Italian Lorenzo Camplese, who finished fourth last year. Since making his SuperNats debut in 2013, the Parolin driver has steadily improved his finishing position, primed to compete for the victory under the Russell Karting Specialties tent.