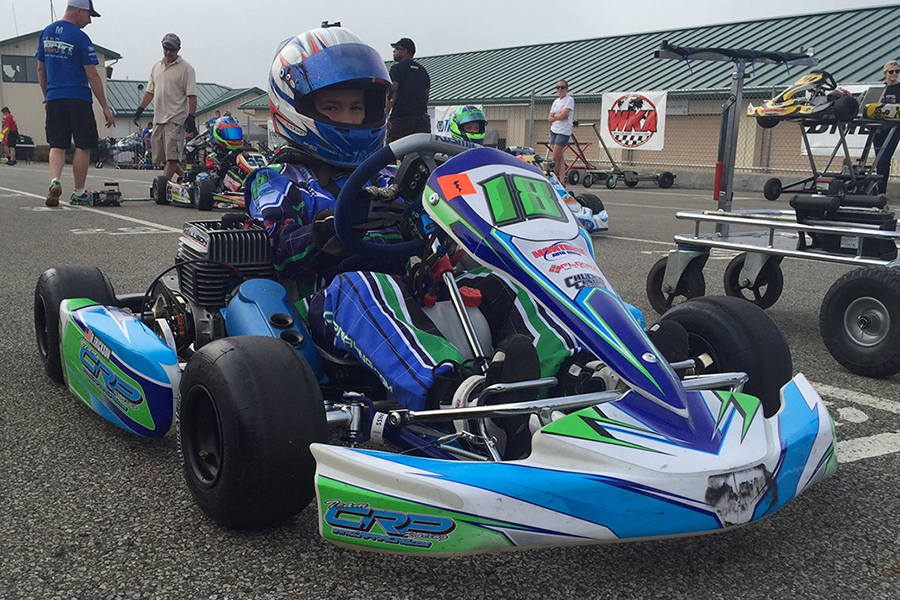 A year of experience and success is in the books for up-and-coming female driver Riley Erickson of Team CRP Racing. The ten-year-old overcame several challenges this year, the biggest being a complete chassis switch to the OTK brand in the middle of the 2016 racing season. The five-year karting veteran did not let this faze her and she took the change in stride, allowing herself to accomplish great things in the 2016 season. Erickson managed to secure many race wins and two championships throughout the season, adding to her already stout resume.

Erickson’s most notable accomplishments of the 2016 season were securing the Pro Swift and Yamaha Sportsman championships at IVKC Adkins Raceway. Earning two titles in one season is a great feat for a young driver, but her accomplishments do not stop there. Erickson won eight of the ten Pro Swift races in the series at Adkins Raceway and won every race in the Yamaha Sportsman division in the series as well. She also earned her first national top-ten finish at New Castle Motorsports Park this season in the World Karting Association (WKA) Manufacturers Cup program.

In 2017, Erickson plans to continue driving for the CRP team. She plans to compete in both the WKA Winter Cup and Manufacturers Cup full series schedules, as well as her local series, allowing her to race weekly at Pittsburgh International Race Complex and Adkins Racing Park. Erickson will also compete in the Route 66 series as time permits her to do so. Looking to carry the momentum from a strong 2016 campaign, Erickson hopes to attain even more success throughout the 2017 season.

Riley would like to send a big thank you to all of her sponsors and supporters who have helped her achieve these great accomplishments during the 2016 season: Allison Racing Engines, CRP Racing, Floorz, Montrose Auto Group, DB Motorsports, and Chuck’s Custom Truck and Trailer.