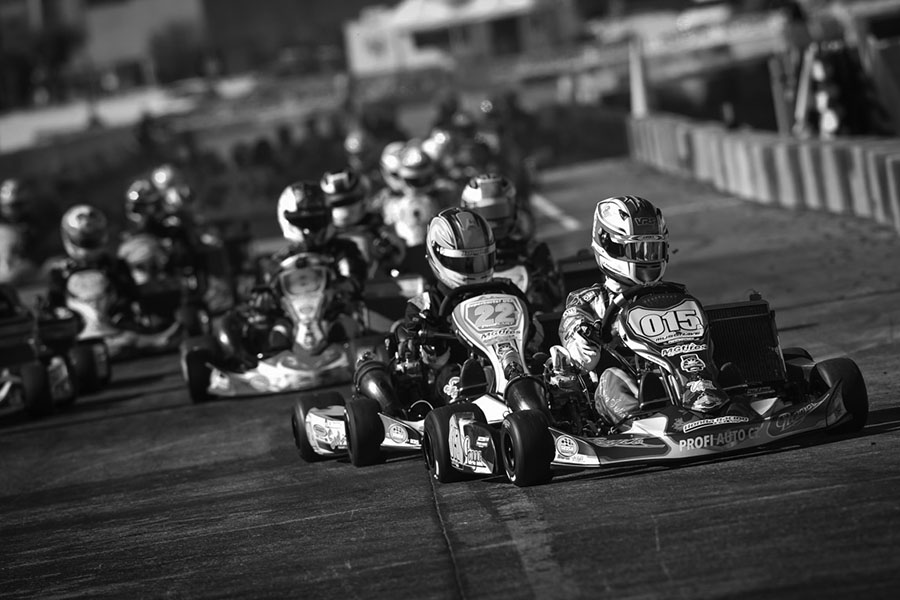 The S2 Semi-Pro division was introduced way back in 1998 at the SKUSA SuperNationals to allow the regional and club drivers the opportunity to race for victory at the top shifterkart event. It was added to the SKUSA ProMoto Tour the following season and remained until a restructuring of the ladder system in 2001 when the S1 division became the second-ranked class of the organization. When the SKUSA Pro Tour launched in 2010, Superkarts! USA realigned the ladder system to feature the S2 Semi-Pro division utilizing the Stock Moto package as the second tier category. Today, young drivers making the transition from Junior level competition develop the skills to grow into a S1 racer, while the category still gives those top regional drivers the ability to compete at the national level. Of the 10 previous SuperNationals S2 winner, no one has repeated the triumph, thus 2016 will welcome the 11th different victor with last year’s winner Dario Capitanio not returning. The same can be said for the Pro Tour in the last six years, as SKUSA will crown a new S2 Semi-Pro champion after SuperSunday. 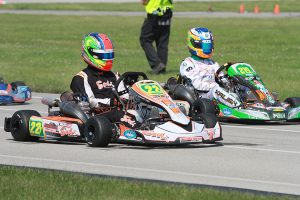 The championship is basically down to just two drivers – Austin Wilkins and Kyle Kalish. Wilkins had his breakout performance at last year’s SuperNationals in his second attempt at the S2 category after missing out on the main event in 2014. The Texas pilot challenged for the victory all week, placing runner-up to victor Dario Capitanio. The DKC / Sodi Kart driver continued that momentum into the 2016 season, standing on the podium in three of the four main events on the Pro Tour, including victory at the opening round in Phoenix. Wilkins holds a 55-point advantage heading into Las Vegas over second-year S2 driver Kyle Kalish. The longtime Merlin driver for Franklin Motorsports has developed up the karting ladder from Cadet to earning the inaugural USPKS championship in IAME Pro. Last year was his first ever season aboard a six-speed machine, and developed into a championship contender. With the confidence behind him, Kalish scored his first Pro Tour victory at the SummerNationals, and enters the SuperNationals with a shot at the title. It’s a battle of Cowboys versus the Charlotte 49ers – as Wilkins is a student at Oklahoma State University and Kalish attends the University of North Carolina-Charlotte. Either way, both have bright futures on and off the course. 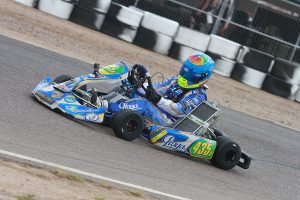 Kyle Wick made his S2 debut at last year’s SuperNationals, placing 18th. Since then, he has fought at the front of the field on the Pro Tour – including a runner-up at the SpringNationals on Sunday. New Castle was not as kind, however, the Rolison Performance Group / FA Kart driver is set to compete for a podium run at the SuperNationals to keep himself inside the top-three of the Pro Tour championship standings – trailing Wilkins by 170 points. Three drivers have the chance to fight for the final step of the championship podium. Pro Tour race winners Hunter Pickett and Hunter Kelly are among those. Pickett (Aluminos) suffered a hard incident at the Rio, bouncing back to place 16th a year ago in Las Vegas. The SummerNationals race winner has proven to be fast each and every weekend, needing a bit more race-craft to prove himself as a SuperNationals winner. Kelly has tasted the victory spoils at the SuperNationals, earning the S5 Junior Stock Moto victory last year, and is more the capable of challenging for the victory in S2 this year. The LEM / Praga pilot scored his first S2 victory at the SpringNationals, earned the California ProKart Challenge championship in September and is looking to end his rookie season on the Pro Tour championship podium. Sky Finley is among the veterans in the S2 field, making his fourth start in the category at the SuperNats. Since moving up from S5 in 2013, the best finish is a 19th during that rookie season. Finley earned his first Pro Tour podium at the SummerNationals, adding to the success of the DKC / Sodi Kart program. A career best finish is on the horizon for the 19-year-old Texas driver.

Who to Watch: Young Talent Looking to Become Next Stock Moto Star 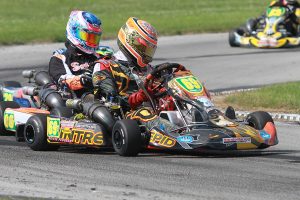 Harry Gottsacker could be one to contend for the SuperNats podium (Photo: EKN)

The past SuperNationals winners have used victory under the bright lights to take them to the main stage – the S1 Pro category. Many of the young stars in the S2 division – average age of the field is 20 – are looking to make the move up the SKUSA ladder and a victory in Las Vegas can ensure that transition. At the top of that list are Pro Tour podium finishes Harry Gottsacker and Collin Daley. Gottsacker is among the young talents in motorsports, beginning with karting and driving anything he can jump aboard throughout this past season – including Rallycross, sportscars, and open wheel machines. The Champion Racing / Intrepid driver finished 17th in his second start at the SuperNationals. Jamaican Daley jumped into a shifterkart for the first time this year. Working with the DRT Racing / DR Kart operation, his talent stood out right away with a podium at the SpringNationals. Don’t be surprised to find him toward the top of the time sheets early on.

Former SKUSA Pro Tour champions are in the field of 46 drivers set to compete in the S2 division. 2015 S5 Junior Pro Tour champion Callum Smith won four races in his title season, but has yet to reach the podium during his rookie S2 campaign. At the regional level the native Aussie has won, and you can bet the MRC / Praga driver is gunning for victory on SuperSunday. Among those who have just received their driver’s license for the city streets that will be in contention are Trenton Estep and Rory van der Steur. Estep has been busy throughout 2016 working on his car racing development, and the 2015 S5 Pro Tour champ is returning with DKC / Sodi Kart. Rory (MRC / FA Kart) was impressive at the SummerNationals competing for a podium position all weekend, set to make his first S2 SuperNationals start. 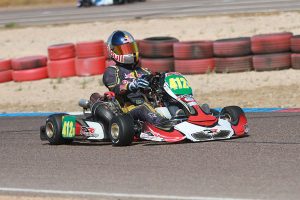 Jamaican Collin Daley is set to make his first S2 start at the SuperNationals (Photo: EKN)

Texas is full of potential winners in the S2 category with 35% of the field coming from the Lone Star State and the Texas ProKart Challenge. Nathan Adds has been impressive in his continued development as a driver. This will be his third start in the S2 category as one of the many under the DKC / Sodi Kart tent, looking to improve on his best finish of 17th back in 2014. It is great to see Garrett Boone continuing his run at the national level as one of the more experienced drivers in the S2 category. In 2012 and 2013, he finished 10th and eighth before moving up to S1 in 2014. Boone remains with the 3G Kart Racing operation aboard the Intrepid chassis. Just one driver hails from outside North America, with James Blair coming for New Zealand for the second straight year. Blair is joining the Aluminos operation once again, looking to improve on his DNQ results from last year.

The 11th different driver will be crowned a @superkartsusa winner at the #SuperNats20. S2 was established at the event in 1998, and ran for two more years before the S1 category was considered to be the Semi-Pro division – the year Alex Speed won. S2 was the third tier in the SKUSA shifterkart ladder system with Brandon Scarberry earning the victory in 2001. That was the last year of S2 at the SuperNationals until 2010 when the SKUSA Pro Tour launched and the Semi-Pro division for Stock Moto competition was born. #EKNatSKUSA #TeamCooperTire 2015 – @Dario_Capitanio 2014 – @hittmxnn_103 2013 – @Connor_Wagner_ 2012 – @Billy_Musgrave 2011 – @NickNeriRacing 2010 – @DCrockett51 2001 – @Speeder41 2000 – Michael Abbatte 1999 – @strokerace104 1998 – Craig Taverna