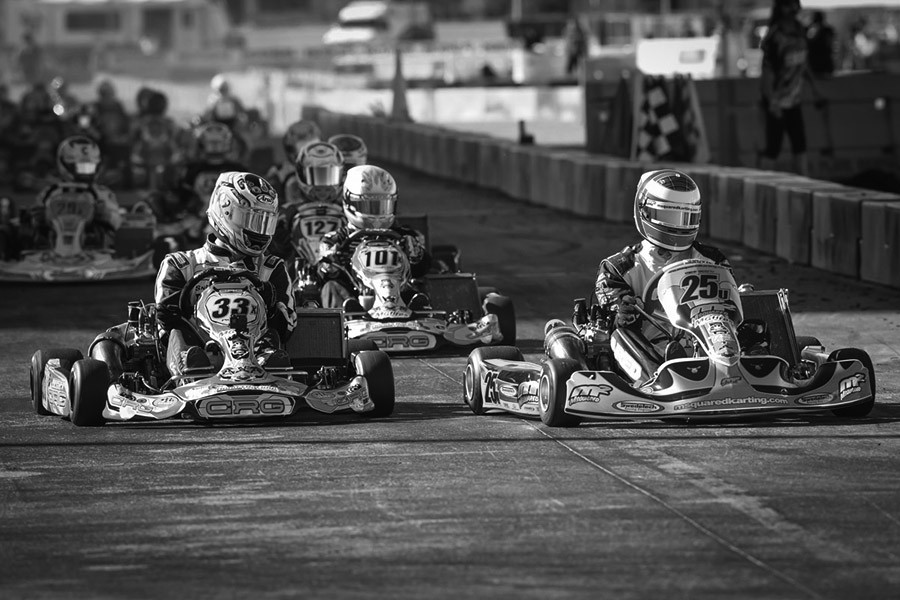 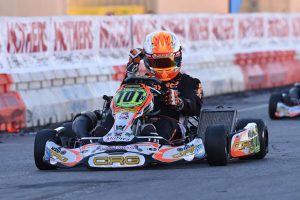 It is a new era for the S4 Master Stock Moto division in Superkarts! USA competition. The introduction of the S4 Super Master category into the Pro Tour, the S4 Master class has become the headline division for elder shifterkart competition. The class no longer features multiple race groups at the SuperNationals, with the best of the best set to compete for victory outside the Las Vegas Convention Center.

The class made its SuperNationals debut in 2006 at Sam Boyd Stadium, and has seen just six different winners over 10 years. It has been part of the SKUSA Pro Tour since its re-launch in 2010, with only one driver to earn multiple titles. Jimmy McNeil is both a two-time S4 champion and two-time S4 SuperNationals winner. McNeil came into Vegas trailing Darren Elliott by 35 points last year, making up that deficit over the heat races and adding to it with his third overall SuperNationals victory to clinch his second S4 Pro Tour title (first in 2011). The PKS / Visalia / CRG driver did not begin his title defense strong, unable to stand on the podium at the SpringNationals, coming through for two third-place finishes at the SummerNationals. McNeil trails in the championship standings by 189 points, keeping him mathematically in the title chase but needing a perfect SuperNats event and help to overtake the top three in the standings. Should McNeil win the main event on SuperSunday, it would put him tied for the most SuperNationals victories with Connor De Phillippi at four. 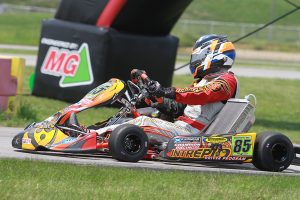 Over the last two seasons, Ryan Kinnear has been among the top-ranked Master shifterkart driver. The Texas transplant from Scotland notched his second-straight US Open championship at the beginning of this month, earning the inaugural Challenge of the Americas title this past winter. During the 2016 SKUSA Pro Tour season, Kinnear has stood on the podium in all four main events, with two runner-up finishes in Phoenix and two victories at New Castle. The Champion Racing / Intrepid driver holds a 35-point lead over former series champion Jordon Musser. The 2013 title winner has been a championship contender since 2012, placing third that year, vice-champion in 2014 and fifth a year ago. His SpringNationals victory was his first on the Pro Tour since 2013, missing out on the podium the following day. Two runner-up finishes behind Kinnear has kept the 3G Kart Racing / Intrepid pilot in the hunt. Alan Michel has been the wild card this year as the top S4 rookie. Coming over from the S2 division, Michel was able to land his first S4 victory at his home track in Phoenix. Running aboard a Praga chassis the last two seasons, the Mexican driver from Arizona is joining forces with GP VCI Mexico for the SuperNationals and is only 45 points out of the championship lead.

Who to Watch: Star Studded List of Drivers Vying for SuperNationals Victory 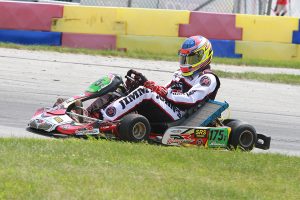 Chris Jennings is among the former winners in the field this year (Photo: EKN)

The great thing about Master racing, there are always former winners and former champions competing at the SuperNationals. The 20th edition is no different with multiple drivers who have tasted the bubbly following SuperSunday or raised the SKUSA #1 plate before. Of the six former winners, four are back for another taste of SuperSunday glory including Gian Cavaciuti, Bonnier Moulton and Chris Jennings. Cavaciuti scored the 2014 S4 Pro Tour title with victory at the SuperNationals, his only podium in the past three years in the category. The GP VCI Mexico driver has yet to land on the podium since SpringNationals 2015 as he went on to earn the SKUSA #3 plate for this year. Moulton is set to make his 20th SuperNationals start – tabbed along with 19-time starter Howie Idelson – to design this year’s circuit at the LVCC. Moulton is a three-time winner at the SuperNationals, two in the S4 division with back-to-back wins in 2011 and 2012. The MSquared / Tony Kart driver would like nothing more than to close out the 20th time with his fourth victory to tie the overall mark for the SuperNationals. Jennings was among the winners at the return to the Rio in 2008, when the category was focused more on weight and not restricted to those 30-years-old or above. The DRT Racing / DR Kart driver has made five straight starts in S4, standing on the podium the last two years including a S2 podium in 2014.

Next to Jennings, Mirko Mizzoni (Italcorse) has the best record over the last three years at the SuperNationals in S4. Three-straight top-eight finishes, including two podium finishes put the Italian living in Nevada at the top of the list of contenders. Rob Logan has a similar record by finishing in the top-12 over the past six SuperNationals. The Nash Motorsportz / CRG driver was runner-up to McNeil last year, recording his second podium finish since 2010. Logan is coming off a victory at the Streets of Lancaster Grand Prix, further assisting his odds at a possible first SuperNats victory. Last year’s SuperNationals pole sitter Mike Beeny (MSquared / Tony Kart) has yet to win the big one after being a longtime SuperPro contender, an S1 podium challenger and now for the last two years, a S4 front-runner. His fourth and sixth place finishes at the last two SuperNats put him among the top contenders once again. 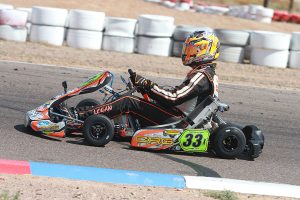 Rob Logan comes into the SuperNationals with one of the best records in the category (Photo: EKN)

Another great thing about Master categories is the ability to bring back former racers. Terry Lawrence is in a resurgence mode for karting, joining forces with eShifterKart and the CKR chassis brand for 2016. Lawrence is seventh in the Pro Tour point standings, looking to improve on two DNF’s in his previous two SuperNats starts. It will be an honor to have former SKUSA CEO Joe Janowski at SuperNationals 20, competing in the S4 division. His father Don Janowski was named as part of the inaugural Superkarts! USA Hall of Fame inductee class. The ‘Polish Hammer’ is back behind the wheel of a GP in Las Vegas. As mentioned, 19-time SuperNationals starter Howie Idelson is part of the group that helped to design the circuit for this year’s event. Idelson has still not committed to competing in the event, with his son Dane racing in the Micro Swift division as well. Either way, there will be an Idelson racing at the SuperNationals for the 20th time.