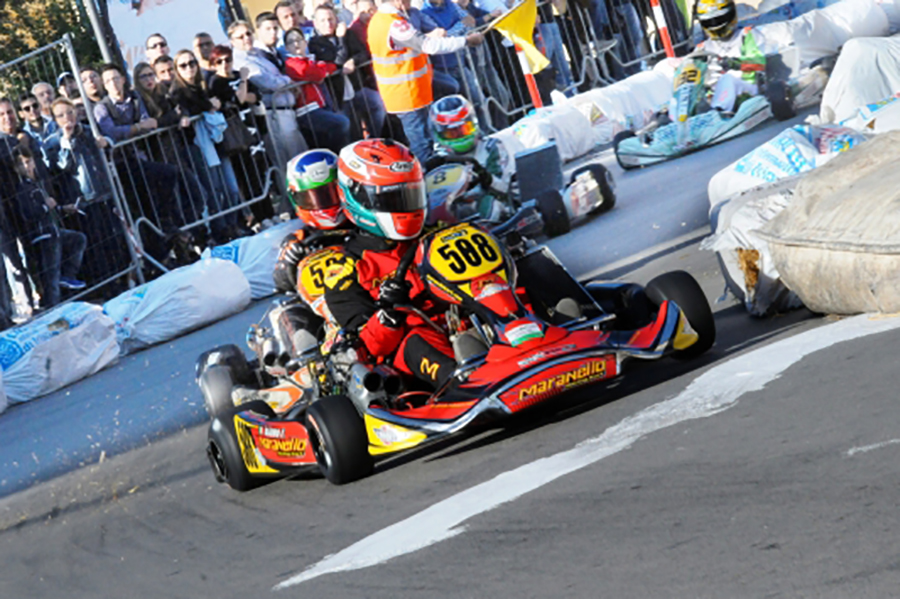 Francesco Alaimo and Maranello Kart have claimed the victory in Prodriver Under at Marsala’s first round of the Italian Championship Street Circuits. Jacopo Vanelli was close to the victory in KZ2 at the Final of the Challenge Italia Center Zone.

Francesco Alaimo is continuing his great momentum. The Sicilian driver has been shining in the recent round of the Italian ACI Karting Championship in Triscina, and on Sunday October 30th has partaken in the first round of the Italian Championship Street Circuits in Marsala on Maranello-Tm. Alaimo has won the Final of 125 Prodriver in front of more than 4.000 spectators, after dominating qualifying and Prefinal.

The other driver from Palermo Stefano Palmeri, also on Maranello-Tm, has also put in a great performance in Marsala closing his effort with the fifth place of the Final. Thanks to the participation to this race and their great results, the two Sicilian drivers earned the pass for the National Final Street Circuits that will take place at the Bologna Motorshow next 3-11 December and therefore will fight for the title of Italian Champion 2016.

VANELLI SECOND AT THE CHALLENGE ITALIA IN SIENA

Maranello Kart has obtained a good result also with Jacopo Vanelli on Sunday November 6th at the Circuit of Siena during the Final of the Challenge Italia Center Zone. Vanelli has been competing among the fields of Team Piramo Corse in his debut race on Maranello, taking the second place of KZ2 behind Alessio Piccini. He tried several times to find the right gap in the Final but had to settle for P2, taking the fastest lap of the race in the process.