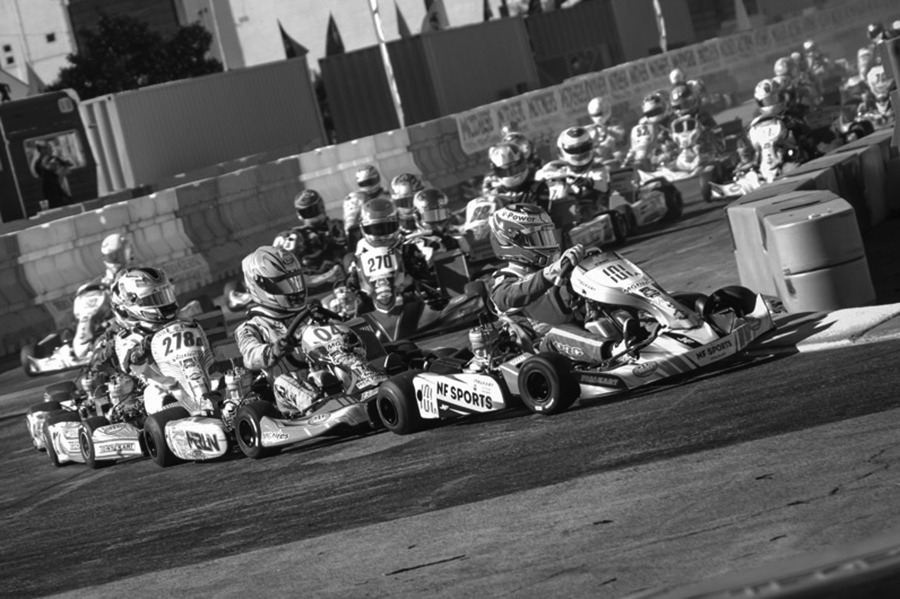 The TaG Junior category was introduced at the SKUSA SuperNationals back in 2008 when the event made its return to the Rio. The addition of TaG Junior – along with an HPV class won by Tommy Andersen – brought Junior level drivers back to the Las Vegas extravaganza after a two-year absence. In the eight years that have played out since the class was brought into the class roster, no driver has been able to repeat as SuperNationals champion. That said, 2015 winner Arthur Leist most definitely has the ability to become the first to do so. The Brazilian was a front-runner throughout the event last year, starting P5 on SuperSunday and driving away to victory after securing the lead on lap two. The 15-year-old is returning to defend his crown against 58 other young drivers, who are all trying to etch their name in history.

Of the eight former winners, international drivers have ruled by winning seven. The only American win came courtesy of 2015 Junior World Champion Logan Sargeant, who was victorious in 2014 to close out SKUSA’s run at the Rio. Numbers are high for the number of international drivers in the field once again at 36%, a percentage that includes drivers from 13 different countries. 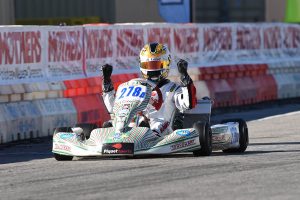 X30 Junior is possibly the deepest championship chase in the seven years of the SKUSA Pro Tour. There are nine drivers still mathematically in the hunt and eight of them are scheduled to compete at the SuperNationals. Another factor that makes this year’s point standings unique is how the complexion of the title contenders changes after factoring in the drop. The top three in total points are confirmed for the SuperSunday grid no matter where they end up after the LCQ on Saturday. This group includes Dante Yu, Alex Bertagnoli and Jagger Jones. This leaves out Zoey Edenholm who, when factoring in the drop, moves from P4 to P1 in the standings.

In 2015, Edenholm (Koene USA / Tony Kart) became one of a few females to have stood on the podium in SKUSA Pro Tour history. Three top-five finishes, including two podiums at the SummerNationals, give her a one-point advantage over Yu for the point lead. Yu won his first Pro Tour feature at the SpringNationals and the CompKart pilot is coming off a championship at the California ProKart Challenge. 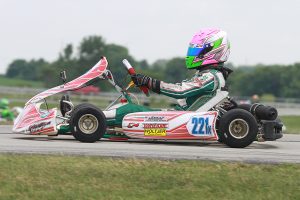 Bertagnoli (Franklin Motorsports / Merlin) put in an solid effort during the 2015 edition of the SuperNationals in his event debut, never letting the big stage unsettle his performance to end up fifth and on the podium. The 2016 USPKS double Junior champion went podium-less on the SKUSA Pro Tour, but his consistency on the season has him out of the top spot by a mere 44 points. Third-generation driver Jones is making his second start in the Junior category, placing runner-up in TaG Cadet back in 2014. The RPM / Tony Kart driver stood on the Pro Tour podium twice this year with a runner-up finish in Phoenix and third-place run on Saturday at the SummerNationals.

Great Britain driver Jonny Edgar was able to secure a SuperNationals victory in the final corner during last year’s TaG Cadet main event. The 12-year-old has moved up to the Junior ranks this season, already earning his first podium at the SpringNationals. The SummerNationals did not pan out as he hoped, while the Kosmic driver is still just 85 points out of the top position in the title chase. One driver who we are shocked to see in among those still with a chance to fight for the championship is Dylan Tavella (IRM / Tony Kart). The second-year Junior driver missed the SpringNationals, but came back to dominate the SummerNationals at New Castle. His strong performance has put him only 115 points out of the championship lead. It is less then the amount 2013 champion Yurik Carvalho was trailing heading into the SuperNationals, earning near maximum points to score the title. Those six are the likely drivers to battle for each and every point throughout the official sessions during the week.

California drivers and PKS teammates Oliver Calvo (Top Kart) and Tomas Mejia (Tony Kart) are on the outside looking in with a shot at the final championship podium. The two Junior rookies stood on the Round One podium in Phoenix, but have been unable to return ever since. Calvo came one corner away from winning the TaG Cadet feature last year, as Mejia drove to the runner-up spot behind Edgar – making both instant contenders for a podium in their Junior SuperNationals debut.

Who to Watch: The Next Motorsport Super Star to Surface from Las Vegas 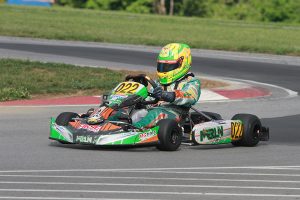 Sam Mayer could be one of the drivers that emerges as the top contender in Las Vegas (Photo: EKN)

Last year’s SuperNationals was highlighted by the emergence of Bertganoli, the continuation of international drivers vying for the victory, and the tight battle chase that ended in a one-point difference between champion Brandon Lemke and David Malukas. There is a long list of drivers who could come out of Las Vegas with a breakout performance, and among them is Ocala Gran Prix driver Tyler Gonzalez. The Florida driver is making the transition from Cadet to Junior level racing this summer. Gonzalez dominated the final round of the WKA Manufacturers Cup Series at New Castle, and is coming off victory at the US Open in Las Vegas. Gonzalez could very well double down aboard his Tony Kart at the SuperNationals.

The Merlin Junior package proved strong at last year’s event once again, and has continued to do so in 2016. Among those keeping Merlin Nation in the fight is Junior rookie Sam Mayer. The Wisconsin driver was among the top contenders in the TaG Cadet division last year in Las Vegas until an error at the start of the main cost him and others a shot at the victory. Mayer has seen his ups and downs during his Junior campaign, missing out on both USPKS Junior titles to teammate Bertagnoli. Mayer is looking to end the year on a high note at the SuperNationals.

We have already highlighted the tight championship battle heading into this year’s event. International drivers are going to be strong once again with defending winner Leist returning. Another name to watch is British driver Oliver Clarke. The RPM / Tony Kart pilot is coming off a third place performance at the IAME International Final in France, and was a contender during the CIK-FIA Academy Trophy.

TaG Junior was introduced at the 2008 @superkartsusa SuperNats and has grown into one of the most competitive divisions year after year in Las Vegas. The eight who have come away with victory are climbing the ladder system in motorsports, including the newest Williams F1 driver Lance Stroll. North Americans have only won twice, including Canadian Stroll and American Logan Sargeant – who went on to win the Junior world championship in 2015. Defending champion Arthur Leist is coming back looking to make history as the first driver to win twice in the Junior category. 2015 – @ArthurLeist
2014 – @LoganSargeant
2013 – @YurikCarvalho
2012 – @Lance_Stroll
2011 – @GeorgeRussell63
2010 – @JoaoVieira119
2009 – @JakeDennis19
2008 – @FelipeFraga88
#SuperNats20 #EKNatSKUSA #teamcoopertire