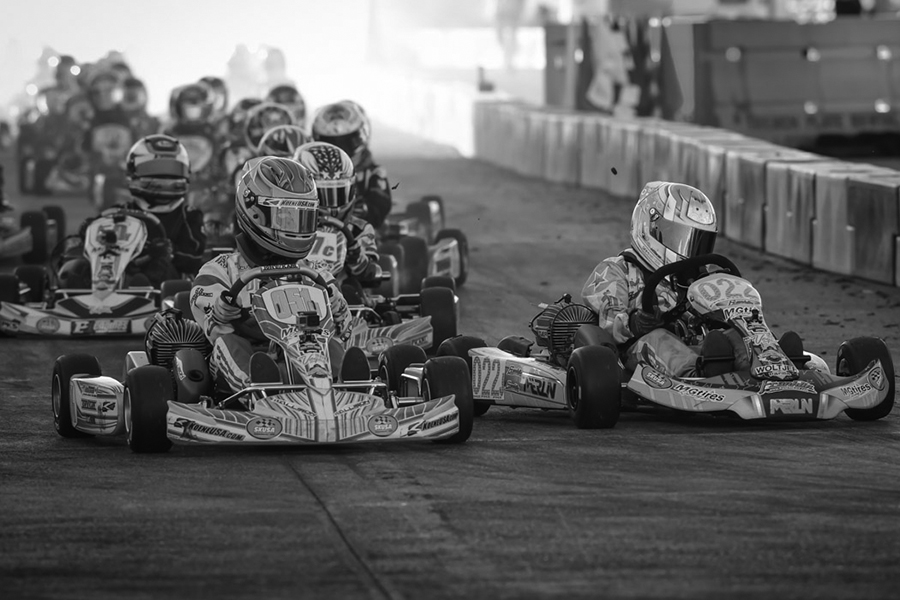 The TaG Cadet division was introduced in 2010 when the current SKUSA Pro Tour was launched. The class sold out that year, and expanded to 88 drivers since – filling up year after year. Now with the introduction of the Micro Swift class, the Mini Swift category features the elder Cadet level drivers piloting the IAME powered karts. The class is still opened up to the 88-driver total, nearly reaching that mark with 73 drivers set to do battle in Las Vegas.

Six different drivers have stood on top of the TaG Cadet podium over the past six SuperNationals. The first two have made a name for themselves in the motorsports world. Inaugural winner Patricio O’Ward from Mexico has gone on to climb the ladder of the Mazda Road to Indy program, earning victories this season in the Pro Mazda Championship. 2011 winner Logan Sargeant added another win at the SuperNats with a TaG Junior victory in 2014 to close out the Rio facility, and last year won the CIK-FIA World Championship in OK Junior.

Sargeant and 2012 winner Anthony Gangi Jr. are the only United States drivers to win the category, with the past three winners coming from Italy and Great Britain. 37% of this year’s field is made up of drivers outside the United States and Canada, giving the international squad a solid percentage to repeat. What is stopping them is a large core of North American drivers who have shined throughout the 2016 season from coast-to-coast. 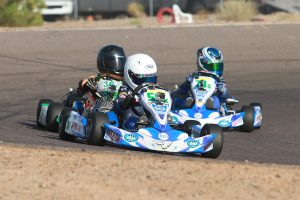 The Mini Swift point standings is among the tightest fights at the top of the order. Three drivers enter the SuperNationals, separated by just 14 points. Factoring in the drop already, Arizona driver Diego LaRoque (Benik) jumps from third to first in the championship standings. That drops his Benik teammate Tyler Maxson down to second with Franklin Motorsports / Merlin driver Kyle Thome in third. Both LaRoque and Maxson won on the season, each at the SpringNationals while Thome has three podium finishes to his credit with zero wins. Last year at the SuperNationals, Maxson finished fifth and is among three returning podium finishers. Thome and LaRoque were relegated to the LCQ, with Kyle retiring early and Diego coming up just a few spots short of transferring. LaRoque is coming off earning the inaugural Micro Max championship at the 2016 Rotax Grand Finals in Italy, so all eyes will be on the young driver to see if he can duplicate a similar feat in Las Vegas.

Jace Jones and Devin Gomez remain in the mathematical hunt for the Mini Swift championship. They are nearly 200 points out of the top spot, needing a lot of help in Vegas. Jones (RPM / Benik) has only one podium, the opening round in Phoenix, with poor results at the SummerNationals hurting his title hopes. Gomez (Benik) has been consistent with three top-five finishes on the year. A first podium at the SuperNationals could help his cause to break into the top-three of the standings. 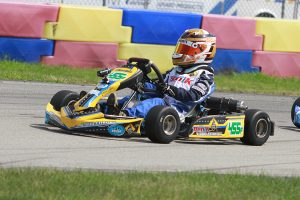 If there is one thing we know, anything can happen in Cadet racing. With over 70 drivers, there is no telling who will come out on top when we finish the action on SuperSunday. Jak Crawford and Anthony Willis experienced the joy of podium ceremonies at the SuperNationals last year, placing third and fourth. Crawford (Nash Motorsportz / Energy) has continued to be among the top rated Cadet drivers in the United States, performing strong overseas as well. Willis (Benik) landed his second-straight California ProKart Challenge title in September, making his bid for one of the top Cadet racers in the last two years.

Among those who has shined throughout the 2016 season is Benik driver Reece Gold. The double SummerNationals winner missed the SpringNationals, however, has won in nearly everything he has competed in this year. The Florida driver won the USPKS title and is among the favorites entering Las Vegas. Luca Mars (Benik) is another championship driver entered for the SuperNationals, coming off a championship in the WKA Manufacturers Cup Series program.

Like the Micro Swift division, a second-generation star is among those competing in Las Vegas. Sebastian Montoya – son of Indy 500 winner Juan Pablo Montaya – is among those who will battle at the SuperNationals. The Florida driver raced at the SummerNationals, with a best finish of eighth aboard his Birel ART.

We have not seen Ugo Ugochukwu competing here in the United States very much in 2016, spending time in Europe competing. The New Yorker returns back to the USA for another run at the SuperNationals after winning the LCQ last year. Also coming back from strong runs overseas at the 2016 Rotax Grand Finals are Canadian Thomas Nepveu (PSL Karting / Birel ART) and Koene USA / Benik driver James Egozi. Nepveu finished runner-up in Mini Max while Egozi was fourth in Micro Max.

The TaG Cadet division joined the @superkartsusa program with the launch of the Pro Tour in 2010. #SuperNats20 marks the first year of the Mini Swift name after six years of the TaG Cadet brand. Four of the six former winners came from outside the United States, including last year’s victor Jonny Edgar from Great Britain. Among the former six previous winners include the second-ever world karting champion from the United States Logan Sargeant. A seventh different driver will add his name to this list, and become the first Mini Swift SuperNationals winner.
2015 – @Jonny_Edgar
2014 – Guiseppe Fusco
2013 – @Leonardo_Marsegliaracing
2012 – @AnthonyGangiJr
2011 – @LoganSargeant
2010 – @Pato_OWard
#EKNatSKUSA #teamcoopertire