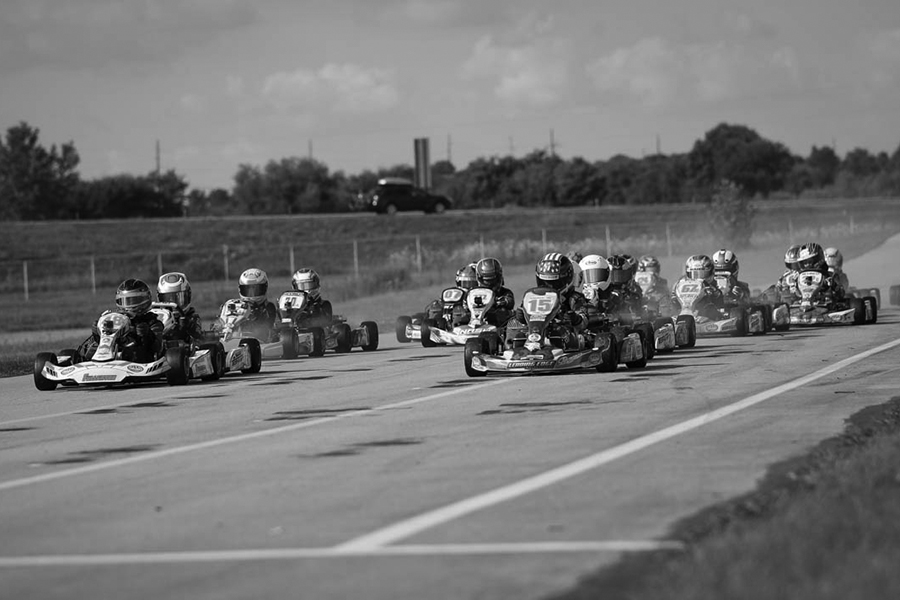 The SKUSA SuperNationals 20 is a historic event, with Superkarts! USA hosting the prestigious race for the 20th time. It has come a long way since the days at the X-Plex, and so has the sport in the past two decades. Youth racing has become a vital part of national competition, and SKUSA is excepting the movement with the introduction of the Micro Swift category into the Pro Tour. The TaG Cadet division was broken up into two age groups, with the younger half featuring drivers from ages 7 to 10 into the Micro Swift class. Forty different drivers took part in the SpringNationals and SummerNationals, with a nearly full field set to do battle for the first time in the Micro Swift category. Thirty-eight drivers have the chance to become the first ever SuperNationals winner in the division. 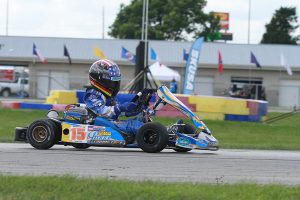 In addition to the first SuperNationals winner, the first SKUSA Pro Tour champion will be decided in Las Vegas on SuperSunday. Four different drivers took a turn at the top of the SKUSA Pro Tour podium during the SpringNationals and SummerNationals, each cementing their position in the championship race with the exception of Oliver Denny who is not slated to compete in Las Vegas. Among those who did not earn victory over the four main events in 2016 includes the championship leader Kai Sorensen (LEM / Praga). The recently-crowned California ProKart Challenge champion finished runner-up in three of the feature races on the SKUSA Pro Tour, establishing a 30-point advantage in the title chase. The lead challenger is Round Two winner Brandon Carr. The Benik driver from Great Britain was not as successful in New Castle as he was in the Phoenix desert, missing on the podium both days in Indiana. Carr would like to match his countryman’s victory in TaG Cadet last year – Jonny Edgar – to help lock up the inaugural championship.

Three drivers remain in the mathematical hunt, because as we know, anything can happen in Las Vegas. Alex Powell promoted himself to third in the standings thanks to two third-place finishes at the SummerNationals. The KartSport North America / Birel driver is looking for his first major victory, and could be in the hunt in Las Vegas. Sebastien Ng (Top Kart USA) and Elliot Cox (Benik) each scored a win at the SummerNationals, and remain in the mathematical hunt. Heat race wins will be vital to their title hopes, with only the top-10 in each heat race scoring championship points.

Who to Watch: Second Generation Drivers Looking to Make History 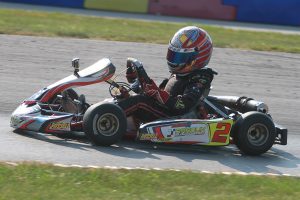 Caleb Gafrarar is one of 38 drivers looking to make history as inaugural winner of the Micro Swift main event (Photo: EKN)

Karting is the purest form of motorsports. From generation to generation, it has been backed up by the number of professional drivers getting their start in karting, moving up the ranks and then their children beginning in karts to follow in their footsteps. Such is the case for pros and for life-long karters in the United States and around the world. The Fittipaldi name is synonymous with racing for decades and has a bright future under the watchful eyes of two-time Formula One world champion and Indianapolis 500 winner Emerson Fittipaldi. This year, he is helping to guide his young son Emmo (VCI Mexico / GP) develop behind the wheel. His best finish of 7th Sunday at the SummerNationals has shown the progress the nine-year-old has made, set to make his first SuperNationals start.

The Gafrarar family has been in karting for a number of years now, with ‘Chuck G’ a successful driver from the tight 4-cycle tracks in the northeast, to the road racing circuits across the country, and a podium finisher at the SKUSA SuperNationals in TaG Master. Now, his son Caleb Gafrarar is set to make a name for himself. ‘Caleb G’ is a Kid Kart champion, competing in his first season at the Cadet level. The Russell Karting Specialties / Parolin driver has earned a handful of victories this season, including a WKA Grand National Eagle. Caleb currently sits ninth behind Fittipaldi and Frankie Mossman (Nash Motorsportz / Benik) in the SKUSA Pro Tour standings.

These two will not be the only ones to watch, as the Cadet level racing is very unpredictable. Qualifying will be a major factor in who we see fighting for the podium positions on SuperSunday. We have seen very few drives from the tail of the field in the Micro class this year, and can expect with the tecpro walls around the LVCC circuit drivers will be cautious with their maneuvers.

The @superkartsusa #SuperNats20 marks the debut of the Micro Swift division, making the winner on SuperSunday as the inaugural winner of the event. In addition to the first-ever Micro Swift SuperNats winner, the first SKUSA Pro Tour champion will be crowned following the events in Las Vegas. Kai Sorensen is the current championship leader, leading Brandon Carr by just 30 points heading into the event. Alex Powell, Sebastian Ng and Elliot Cox fill out the top-five with anything possible under the bright lights of the Vegas Stripe. #EKNatSKUSA #teamcoopertire