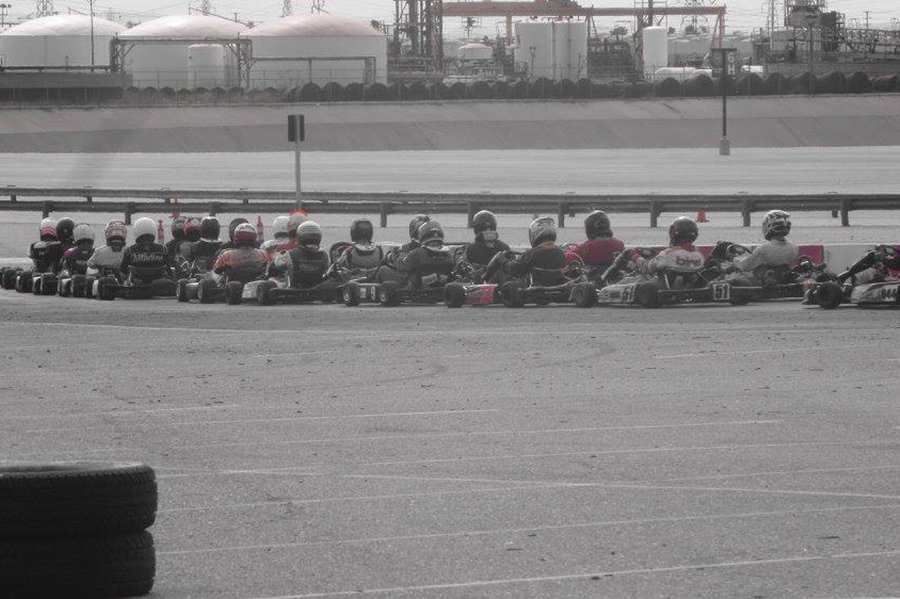 Over the past two years, we’ve been extolling the virtues of the Briggs Racing Local Option 206 four-cycle engine and how it’s reviving grassroots karting all over North America.  The top-quality, factory-assembled powerplant presents a level playing field at an extremely affordable cost, and it’s pressed the ‘reset’ button on the sport at the club and regional levels. Whether it’s the 40+ grids at New Castle Motorsports Park club events or the renewal of excitement in Northern California with the KPX Championship, the Briggs 206 is the hottest thing in karting and it just keep bringing new people into karting, and ex-racers back into the seat.

As stated, karting in the state of California is enjoying a wave of positive momentum these days.  The KPX program in NorCal is rebuilding regional racing and the numbers for their second year of competition have been extremely positive. In SoCal, where the Superkarts! USA ProKart Challenge features full paddocks of IAME and Stock Honda racers, and the Los Angeles Karting Championship packs them in at CalSpeed Karting once a month, things are very good on the two-cycle front. However, when the season began, there was no true low-cost option for SoCal racers wanting to get into the sport or for those without the budget for a two-cycle program.  Once again, the Briggs 206 has provided the answer to this need. 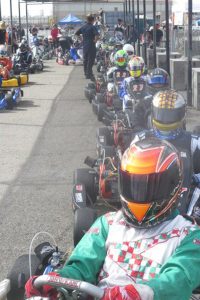 Aside from the strong support for the California PKC and the LAKC programs, club karting in SoCal is essentially on life support as more than one club has folded and the others that continue draw extremely small entry numbers.  While the Tri-C Karters program is not what it was in the past, it has a dedicated club executive that has soldiered on, maintaining their support of the multi-engine TaG categories, as well as the Formula 100 equation.  In an effort to try something new, Tri-C took a chance on the 206 phenomenon and it has most definitely paid off.

The club’s 206 Senior category has exploded over the last six months.  They launched with just four entries in April and then enjoyed a jump to 10 in May when Full Throttle Karting’s Andy Seesemann debuted his ‘206 Lounge’ program that put guys in the seat of an FTK Birel for just $249.  The promotion helped spread the word and the growth continued with a dozen drivers in July and a total of 17 in September.  Big fields draw interest, and nine more racers showed in September for a field of 26. Simply put, the Briggs 206 is a ton of fun and it’s great racing.

To put the exclamation point on this quick Operation Grassroots update, this past Saturday, there were a stunning 36 drivers in the 206 Senior class at the final Tri-C race of the year.  They started with four in April and rolled 18 rows of karts for their series finale.  This is truly incredible and helped the event top the 100-entry mark.  SoCal karting now has a fun, competitive and affordable option in the 206 category.  The word is out, and we all hope to see the Tri-C numbers grow in their 206 Junior class as well.

Tri-C Karters is now preparing for the 2017 season, kicking it off with a bang. The Briggs & Stratton 6-Hour Team Endurance event is scheduled for Saturday, January 14, 2017 at the historic Adams Motorsports Park in Riverside, California. For more on this event, and what the Tri-C Karters program will offer in 2017 – head to tri-ckarters.org.