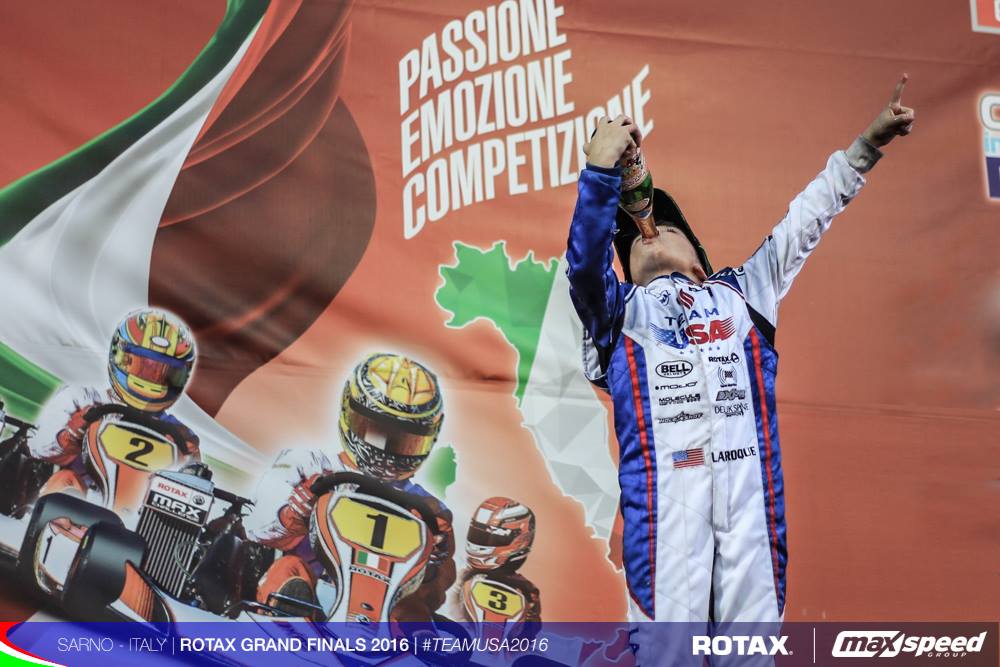 In the 16-year history of the Rotax Max Challenge Grand Finals, just one driver from the United States of America was able to claim a world championship. The event made its first stop on American soil in 2013, contested at the NOLA Motorsports Park in New Orleans, Louisiana. Expectations were high for the Red, White, and Blue to defend the home turf, with three drivers able to land on the podium in the four categories, helping to give Team USA the prestigious Nations Cup title. Oliver Askew drove to third in the Senior Max division, Joey Wimsett scored runner-up in DD2, and Juan Manuel Correa nabbed the title in Junior Max. Now joining the Florida native as a world Rotax champion is Arizona’s Diego LaRoque. 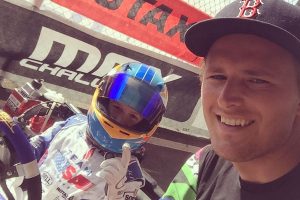 The Micro Max and Mini Max divisions were added to the ‘Olympics of Karting’ event as an official category after three previous years running as support divisions, with the 2016 edition held at the Circuito Internazionale Napoli in Sarno, Italy. Thirty-six drivers from around the world earned their chance to compete in each division, with LaRoque earning the ticket to the RMCGF through the US Open, in addition to clinching the 2016 US Rotax Grand National title.

LaRoque went into the event with three solid years of experience in the Micro Max division. Diego won his first major race in 2013 at the Challenge of the Americas at his home track PKRA in Phoenix. In 2015, LaRoque had his best season, winning the Challenge title off six straight main event wins while earning the inaugural US Open championship. LaRoque made the trek to Italy with high hopes of competing for a podium finish, and after receiving the spec-Praga chassis, was among the quickest during the practice sessions to finish top-eight in all five runs.

Qualifying set the stage for the two heat races given to the Micro Max division. LaRoque was expected to be in the battle for the pole position, however, bad track position kept him from showing the same pace in practice. Diego ended up 15th quickest in the session, a full second off the fast time to put him inside Row 8 of both heat races. Later that day, LaRoque showed his experience with a stellar drive up to eighth in just six laps for Heat #1. Thursday was the second heat race, with another quick six-lap battle as the only competitive on-track session. Diego climbed as high as fourth in the race, until getting shuffled back to 10th in the final two laps. The two results placed him eighth for the Prefinal grid.

LaRoque joined Team USA driver James Egozi at the front of the field during the nine-lap Prefinal on Friday. Each led during the race with Egozi able to edge out the competition for the win. LaRoque ended up fourth, putting both on the first two rows for the main event on Championship Saturday. Both were in the lead group of seven drivers, jockeying for position nearly every corner of every lap. LaRoque led on lap four, and was shuffled back to third before returning to the point with Egozi on his bumper. Egozi took the point on lap nine to take the last lap board as the leader. LaRoque made his move at the 180-degree turn six. It surprised Egozi, and he was shuffled back while LaRoque drove away. At the line, Diego LaRoque secured the inaugural Micro Max world championship.

The new world champion is in Las Vegas currently, competing at the US Open finale outside the Rio. LaRoque is scheduled to race at the upcoming SKUSA SuperNationals 20, entering the event as the SKUSA Pro Tour Mini Swift championship leader. Diego will finish out the season competing at his home circuit in the Briggs LO206 with some Mini Swift action in southern California. 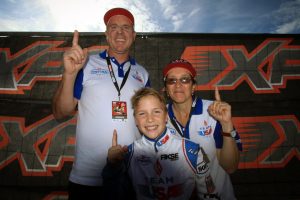 Chassis: Benik
Engine/Engine Builder: Rotax, IAME Swift, Briggs LO206 / Kart Dyno Services (KDS)
Sponsors: Family
Series You Compete In: Phoenix Kart Racing Association, Challenge of the Americas, US Open, SKUSA Pro Tour
Years Karting: 6
How did you get started in karting? When I was 5, I was dirt biking with PJ Jones and his boys Jace and Jagger. PJ suggested I try kart racing, so I met them out at the track and got into Jace’s kart and ever since then have been karting.
What has been the high point in your racing career? I have been lucky enough to have a lot of great moments.  But by far the best was becoming the World Champion in Rotax Micro Max in Italy this October.
What are your goals in racing?  I hope to keep racing.  It can be an expensive sport and it’s not always easy for my family, but we will do what we can.  Right now I hope to become a sponsored factory driver.
In a few words, how would you describe your driving style? Blake Choquer my driving coach says my driving style is “Smart choices with big balls”
Funniest moment at the race track?  Watching my sister Amelia eat a pig eye at the Can-Am pig roast at Pats Acres.

What do you do when not at the track? Play video games, ride bikes and scooter, rock climb.
What are your goals outside of karting? Mechanical Engineer
What app or game do you play a lot of right now? Ro Blocks
What type of street car would you like to drive? GTR
What are your pet peeves or things that irritate you?  Somebody ripping apart foam
What do you think could be done to improve the sport of karting? The cost of karting on the national scene is pretty crazy.  There needs to be some thought on how to bring costs down.  Limiting practice days to 1 before an event, and limiting everybody to 1 new set of practice tires are a couple ideas. The events need to be shorter.  Having races starting on Wednesdays during the school year is a killer.  You end up missing 4 days of school.
What are your favorite aspects about the sport of karting?  The competition is very fun.  I always want to win.