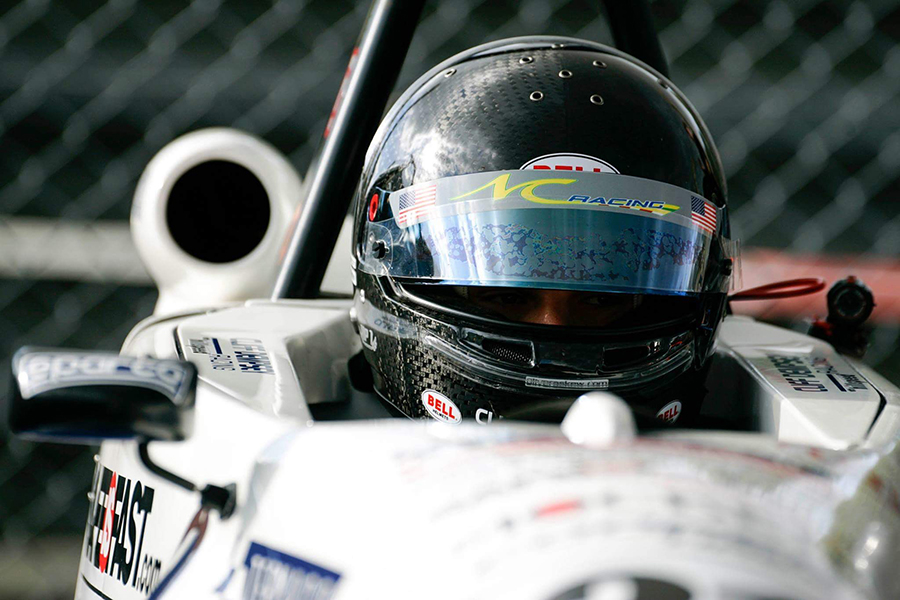 Oliver Askew brings us up to date following his impressive display at the Formula Ford Festival, followed by fascinating visits to Wirth Research and WSR Racing. His blog is posted at http://teamusascholarship.org/?p=3659 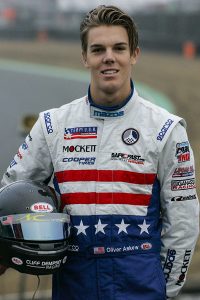 The 44th annual British Formula Ford Festival…. I could feel the history as we walked into Brands Hatch for the first time Wednesday morning. Photos and banners celebrating Brands Hatch from the ‘50s until today line the walls. To drive on the same circuit, at the same event where racing legends like Jenson Button and Mark Webber made their mark by winning the Festival was completely surreal. We walked, or rather hiked, the track our first morning. The elevation change is incredible, and Paddock Hill Bend was unlike any corner I’d ever seen. I’d be lying if I said it didn’t take me more than a day of practice to get a feel for it.

After setting up the Cliff Dempsey Racing awning and preparing the cars to go on track, the first day of testing went began. We were on pace immediately after following a few of the quick locals. Until Friday we spent our time on track practicing every corner individually and making sure the car was consistent and comfortable to drive, on both old and new tires. This was not an issue as Cliff Dempsey and my mechanic, Dave Hart, provided me with a virtually flawless car straight out the gate.

You always wonder where you’re going to stack up at a new track and I’m proud to say we answered that question and announced our presence early. We were on pace with the top drivers all week, just .4 off the all-time track record! We knew we had a fast car so Friday was mainly spent running-in brake pads and rotors, and making sure the car was fully prepared to go on track for qualifying first thing Saturday morning.

This race weekend format was unlike anything I had experienced previously. The field was split into three groups. We qualified in that group for our first Heat race and the top drivers then advanced to the Semi-Finals and then on to the Final. Basically it was all about survival! We qualified third in my group. The first heat was somewhat “quiet” — I was able to build a gap from the drivers behind as the front two inched away, and in the end I was in a position to save my tires for the Semi-Final. Starting fourth for the semi on Sunday morning, I got a great jump off the line to slide in front of third. With about six laps to go I forced the second-place driver into a mistake, which allowed me to capitalize for another podium. The second-place result then placed me fourth overall to start the Final. I think I opened a few eyes with that drive!

As expected, the Final was a thriller. All tactics went out the window and everyone was fighting wheel-to-wheel without giving an inch. I was able to get another jump off the line to take third. The first seven laps were a blur, cars were everywhere. I found myself back in fifth at one stage and back to third at around lap 10. At half-way when everything settled down, I realized my car was much faster than the others around me. I was catching the British driver Scott Malvern in second about three tenths a lap. Once I made it to his gearbox I knew he wasn’t going to make it easy. Scott started to defend left and right, allowing a train of six cars behind me to catch up. It was about to get super-exciting when, coming out of Druid’s Hairpin, I dropped a wheel off the curbing, cutting my left rear and putting a bitter end to our weekend. 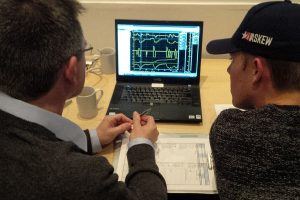 Moving on, I can’t say I’m disappointed with how the week has gone overall. It was my fourth car race ever (!) and we put on a great show. We never once found ourselves outside the top five in any official session; Cliff Dempsey Racing gave us a great car, the Team USA Scholarship prepared me, and I did everything I could to maximize the opportunity. Just now the future is looking brighter every day.

After the Festival, Jeremy Shaw lined up some long-time contacts for us to visit both Wirth Research and West Surrey Racing. Wirth Research is a complete performance engineering facility based in Bicester, England. Founded by Nick Wirth in 2003, Wirth Research pioneers the use of advanced virtual engineering technologies developed in house. Wirth has a long standing partnership with Honda Performance Development (HPD) on the aero design, development and manufacturing of their prototype and Indy Cars. Kyle and I had the chance to drive on their state-of-the-art racing simulator with full hydraulic movement and 3D graphics. Another experience from this trip I will never forget!

West Surrey Racing is a long-time UK-based motorsports team run by New Zealander Dick Bennetts. Dick is responsible for helping start the careers of Ayrton Senna, Mika Hakkinen, Jonathan Palmer, Rubens Barrichello and Eddie Irvine, among others. WSR currently specializes in BTCC but also has a wealth of experience in British F3 with over 70 wins. Hundreds of trophies and cups line the walls of the WSR shop; this tells the story.

Kyle and I will continue our adventure this weekend by attending the BRDC F3 Autumn Cup to support Cliff Dempsey Racing with Hillspeed.

As always, thanks for reading!!!
Oliver