Sabré Cook Aims for US Open Championship in Las Vegas

Talented female driver in championship contention at US Open 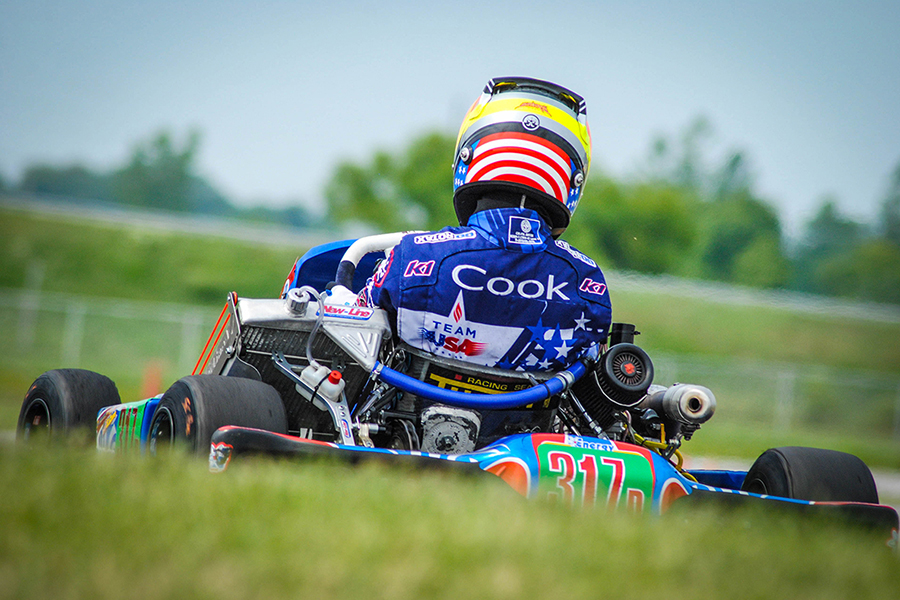 After earning a second-place podium finish at the US Open of Utah, Sabré Cook travels to Las Vegas, Nevada next weekend for the final round of the Sofina Foods US Open. Taking place at the Rio All-Suites Hotel and Casino, Cook will be competing in the Senior Shifter category, setting her sights on the top step of the podium for not only the event, but for the championship as well.

“I am excited to be back behind the wheel of my Energy Kart for the final round of the US Open,” stated Cook. “I have been doing a lot of testing leading up to this event and feel prepared to deliver strong results for the team.”

Cook will be charging hard all weekend to earn the series title. After two runner-up finishes in the first two rounds, she is in close contention with current leader Nick Neri for the National Championship. The racing will be close and fun to watch, making it the must-see race of the weekend. Sabré’ is more prepared than ever to stand on the top step of the championship podium.

Sabré Cook is a rising female motorsports star. Completing her eleventh year in karting, the 21-year old earned the Superkarts! USA S2 Semi-Pro Stock Moto championship in 2012. Growing up at the Grand Junction Motor Speedway, Cook has developed up the karting ranks and is nearing the top level. Over the course of her career, she has earned six Colorado State Championships, two TAG World Championships, a SKUSA Mountain Region title, represented USA at the Bruno Grana International Trophy event in France, and competed across North America while maintaining a 4.1 GPA during her high school career. Sabré is finishing up her final year at the prestigious Colorado School of Mines with a degree in mechanical engineering, earning an impressive 4.0 GPA in the competitive program. Sabré enjoys basketball, golf, acting, singing, volunteering and is a member of the National Honors Society and the Future Business Leaders of America. Sabre’ is looking to place her focus on car racing for the 2017 season.

Visit https://www.facebook.com/SabreCookRacing to learn more about this promising driver.