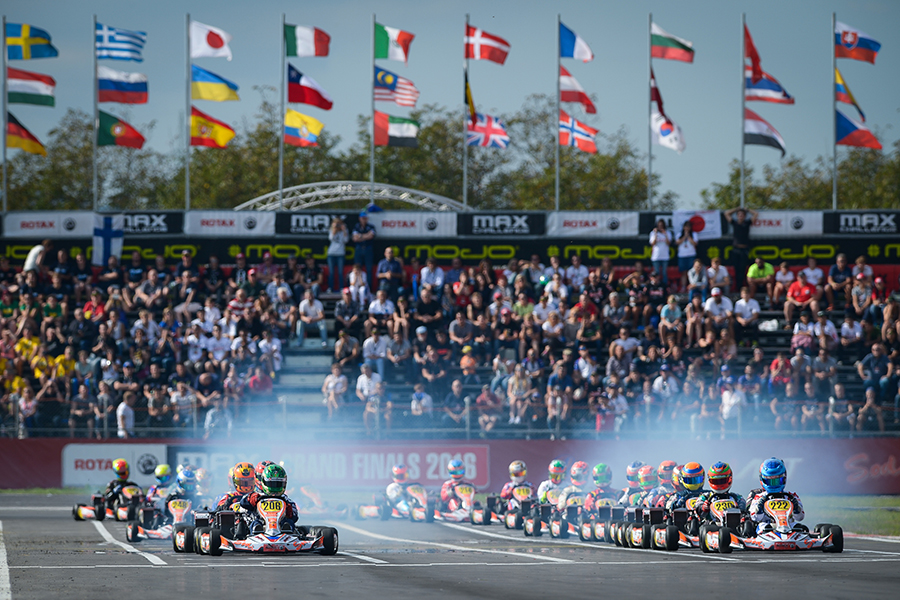 Among the long list of successes marking the history of Sodikart, the uninterrupted success of the French company as an Official Partner of the Rotax Max Challenge Grand Finals for seven years is one of the most revealing. The 17th edition of the Rotax world event held in Italy on the Sarno circuit, from 15th to 22th October 2016 reconfirmed Sodi’s flawless control of the entire chain of production and service.

The consistency of Sodikart services globally could overshadow some of the ongoing challenge taken on during a unique competition of its kind like the Rotax Max Challenge Grand Finals. The figures are nevertheless impressive: 154 complete Sodi karts ready to run were sent to Italy to enable 144 drivers in 125 Max and 125 Max DD2 Masters from over 40 nations and five continents to compete in the best conditions. Upstream, the production teams of the Nantes factory Sodikart, through its services and production facility, spent more than 2,000 hours of work on the construction and assembly of Sodi Sigma RS and Sigma DD2 chassis. Three tons of technical steel, 500m of tune and 250m of welding were used to achieve this. The Logistics and Events departments then took over to ensure the success of the organisation in the field.

In each edition in which they have participated as an official chassis supplier, Sodikart has always received excellent feedback from drivers, mechanics and teams, thanks to the quality of its products and its staff. This was also the case at Sarno, in very varied weather conditions. The drivers spontaneously congratulated the representatives of the French brand for the outstanding performance of the chassis, mentioning in particular their ease of driving and the consistent quality of production. Technicians appreciated them for their ease of development and responsiveness to changes. All of those who had never used a French chassis were impressed by its behaviour, whatever the circumstances.

“We can be proud of our performance at Sarno,” said Bertrand Pignolet, the CEO of Sodikart. “The Sodi Sigma RS and DD2 have fully met the expectations of the most demanding drivers and we experienced no major technical problems with the 154 karts available. I reiterate my congratulations to the production teams and the staff in Italy for the quality of their work. Sodikart continues to demonstrate the seasons the demand for quality and its ability to provide reliable and efficient equipment. We thank BRP Rotax for its confidence over the long term.”

The effectiveness of Sodikart was also confirmed throughout the week of competition by the quality of service to all drivers and the seamless spare parts management. In this area, the reasonable billing rate for damaged parts was also popular.

The balance of the Rotax Grand Final in 2016 was again very positive for the French brand which has attracted a wide range of drivers and professionals with the quality and positive image of its products and its organisation.

The Russian driver Denis Mavlanov won the 125 MAX class this year after a long duel with the Frenchman Adrien Renaudin, who finished 6th. 2nd place went to the Czech Petr Bezel, followed on the podium by the Turkish Berkay Besler. The Belgian and Norwegian Warge Felix and Ruben Kverkild completed the top five.

In DD2 Masters an Australian, Lee Mitchener, won against the Finn Antti Ollikainen and the Dutchman Dennis Kroes.