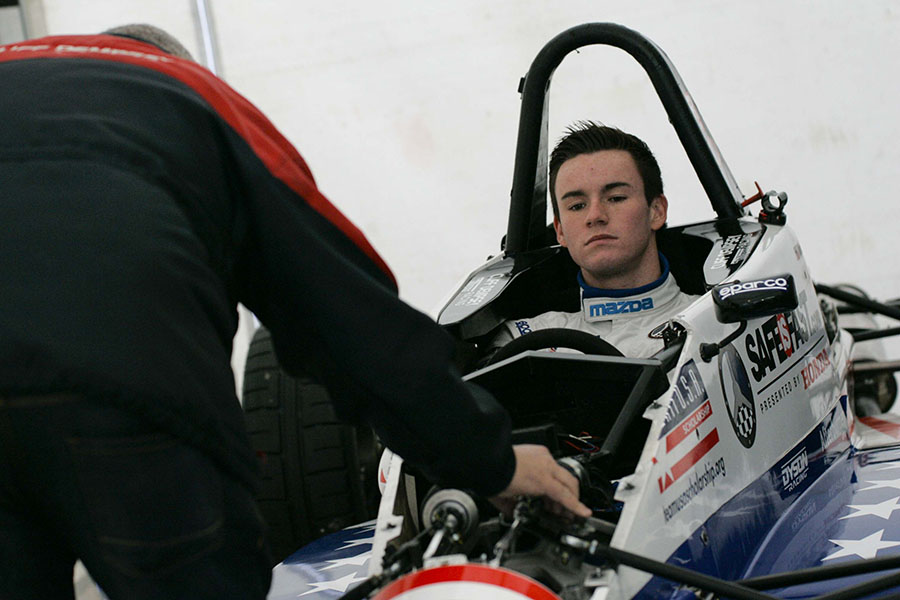 Kyle Kirkwood’s impressions following his first weekend of Formula Ford racing in England. His blog is posted at http://teamusascholarship.org/?p=3647

Unfortunately, the Formula Ford Festival is officially over… This past weekend was one of the most enjoyable and exciting I have ever spent at a race track. The world-class track, extremely tough racing and the overall atmosphere in the paddock is what made the event so much fun. Although I didn’t finish where I would have wanted, I can guarantee that I learned so much more by racing in the middle of the pack – where I had to out-think the other very talented drivers – than if I had been running out front. We will now take everything I’ve learned from this past weekend and throw it all into the mix at the Walter Hayes Trophy, which is less than two weeks from now! 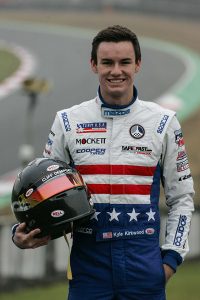 From Wednesday to Friday practice, our pace was very strong. We then shot everything we had at qualifying. I had a car good enough for the pole but a couple of my quickest laps were destroyed by slower traffic, so I ended up fifth in my group. In the heat race I had a pretty awful start and lost a few positions, but fortunately I regained a couple back before the checkered flag.

On the first lap I watched a driver put his car almost all four tires fully in the grass to get around another competitor heading into Druid’s (corner #2) and thought to myself “these drivers are 100 percent going to crash!” But the one on the inside somehow launched his car over the curb and proceeded to complete the pass. That move was kind of a slap in my face, reminding me just how aggressive I needed to be to run up front.

I started ninth for the Semi Final and knew I had to finish much better to get a good starting position for the 20-lap Final. My start was good and I neither gained nor lost positions, but mid-way through the race I found myself in eighth and in contention with a long train of cars dicing for third when I strained something in my shoulder, which made me almost incapable of shifting from second to third gear. This issue cost me a couple of tenths per lap, and even though I was able to catch the group on the last lap, I was unable to make a move.

My eighth-place finish in the Semi set me 16th on the grid for the Final. I knew there was a lot for me to gain, so I threw everything on the line. I had another good start off the line but lost one position on the first lap due to a moment of confusion when a corner marshall put a Safety Car board out, only to see a green flag in the next corner. The first few laps were crazy. There was one point where two cars spun out mid-straight right in front of me. I had to smash the brakes and almost hit the inside wall avoiding them, but I came out with a few less spots to gain on the leader. From there I picked drivers off as quickly as possible and not all of them were easy. A handful of them proved that they knew how to defend and that cost me more time to the leaders. It was as if I had to make them comfortable with me in their mirrors, then attack when they left a door open. After a few tough battles I found myself in clean air, quite a long way behind the next car, so I finished the race in seventh, which I was very happy with considering my starting spot.

I’m back “home” now in London after an exciting weekend that I will never forget. A huge thank-you goes out to Jeremy Shaw and the Team USA Scholarship, everyone at Cliff Dempsey Racing, my mechanic Andrew Jones and all the supporters who have allowed us to experience this. Oliver and I will be doing some touring around some race teams this week so we’ll keep you updated!

Thanks for reading,
Kyle Kirkwood