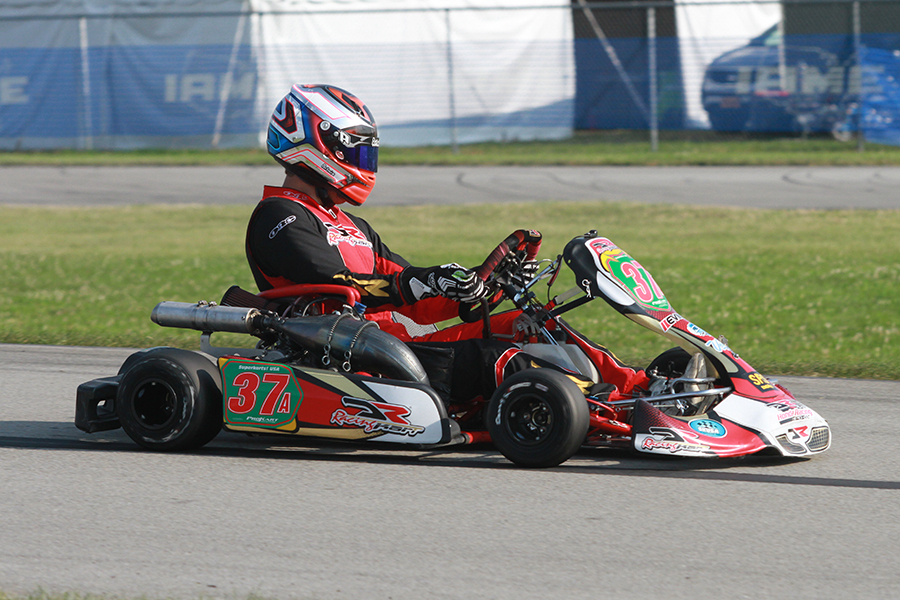 Five races remain before the end of the 2016 eKartingNews.com Stock Moto Driver Rankings program. Over 200 drivers have contested the events selected from across North America to rank the top six-speed pilots. For many, the season has led up to what is considered to be THE karting event in the entire world – the SKUSA SuperNationals. The 20th edition will be something to remember, and could be the deciding factor on who ends the 2016 with the #1 honor.

Heading into the event, that position resides with the defending S1 Pro race winner in Las Vegas last year Daniel Formal. The DRT Racing / DR Kart driver dominated the entire week, never putting a wheel wrong to claim his first ever SuperNats victory. Now, emerged in a SKUSA Pro Tour point battle as the championship leader, the pressure is three-fold, with thoughts of defending the win, earning the title, and finishing as the #1 driver in the EKN Driver Rankings.

No stranger to winning in Las Vegas, Billy Musgrave remains the top challenger in the Driver Rankings standings. Still with an outside chance to battle for the SKUSA Pro Tour championship, the MRC / Praga driver nabbed his third California ProKart Challenge title in four years in September. Just 41 points back of Formal, every position will count on SuperSunday for the #1 spot. Moving up to third is former #1 Joey Wimsett. The 2013 SKUSA Pro Tour and SuperNationals winner has never finished a season in the #1 spot for the EKN Driver Rankings. Musgrave beat him out for the position that year, and since, Wimsett has been lacking the minimum six events to be considered at the top. Now with six races under his belt in the last 12 months, the Phil Giebler Racing / Ricciardo Kart driver has moved up to third in the standings. He and Musgrave are among four America drivers in the top-six of the SKUSA Pro Tour title chase, looking to bring the title back to the USA since Wimsett’s triumph in 2013.

Among those in the championship chase in S1 is Jake French. The Texan has stood on the podium twice in 2016, his first in the S1 category, reaching third once at the SpringNationals and another time at the SummerNationals. He and father Mark French have found a home with DKC and Sodi Kart, and a podium at the SuperNationals is not out of the question. He and teammate Austin Wilkins round out the top-five. Wilkins is SKUSA Pro Tour S2 point leader, and the top S2 driver in the EKN Driver Rankings. At the SuperNationals last year, he performed extremely well in his S2 debut, placing runner-up. The momentum carried over to 2016 with a victory in the windy and rainy opener at the SpringNationals. The Oklahoma State University student put in a stellar performance at the Rock Island Grand Prix (no longer in the EKN Driver Rankings), posting the fastest lap EVER around the street circuit against KZ and mod moto engines.

Dropping out of the front half of the top-10 is Kolton Griffin. The Pure Karting / Tony Kart driver has been unable to claim a podium finish at the SKUSA Pro Tour in 2016 after placing vice-champion to French at the Challenge of the Americas. Holding onto seventh is Checkered Motorsports’ Robert Bujdoso. The PCR driver has been among the many taking part in the F-Series Gearup Challenge, helping to keep his point total up. Nick Neri has dropped two position to eight, with the Champion Racing / Intrepid driver looking to close out the US Open championship in two weeks.

Jacob Neal lost a few points since the last release of the EKN Driver Rankings, and with Wimsett moving up, has fallen to ninth. Neal (VRP / Tony Kart) 2015 California ProKart Challenge champion Jarred Campbell also drops a position, down to 10th. Campbell began the season with Praga, and moved over to Intrepid mid-way which sparked his only victory of the season. The 2014 S2 SuperNationals winner would like nothing more than to be back on the podium in 2016, this time in S1. 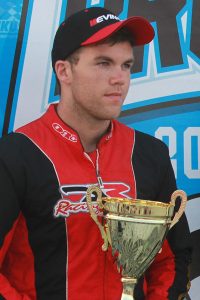 Three of the six previous SKUSA Pro Tour S1 champions have been from outside the United States. A Kiwi, a Brit, and a Belgian have invaded the Pro Tour and taken away the top shifterkart title back home with them. A fourth could take the crown to Costa Rica with him. Formal is certainly among the favorites heading into the SuperNationals. A dominating week in Las Vegas last year gave the former Florida resident his first SuperNats victory to an already stellar CV. Formal made the trip from home to New Jersey, joining his DRT Racing squad for a F-Series event, winning the Saturday round and keeping six races on his dossier for the EKN Driver Rankings. Can Formal repeat his SuperNationals crown? Find out on SuperSunday. 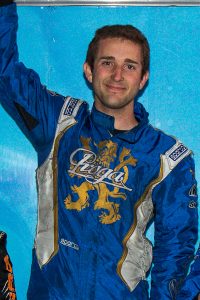 For the third time in the last four years, Billy Musgrave has finished as the champion at the California ProKart Challenge. It is an impressive record for someone who broke onto the karting scene with a S2 SuperNationals victory in 2012. Pro Tour success eluded Billy until last year, scoring victory at the SummerNationals. 2016 began with a roll of the dice switch to dry tires at the opener, holding off former Pro Tour champion Joey Wimsett for the victory. It has been the lone podium trip at the national level, with hopes of returning to the steps at the SuperNationals. 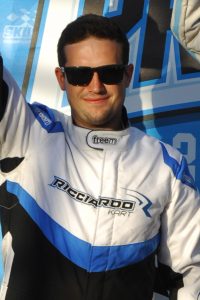 November 2013 was a breakout month for Joey Wimsett, placing runner-up at the Rotax Grand Finals in New Orleans. And then a week later, putting in an amazing performance to win the SuperNationals and secure his first ever Pro Tour championship. 2014 was a podium-less season, and Wimsett sat out the Pro Tour in 2015, connecting with Phil Giebler Racing prior to the SuperNationals. Now with time to mesh, the Ricciardo chassis under Wimsett has been performing well, including three top-five finishes in four Pro Tour races. The 12-month run could very well end with a podium finish in Las Vegas. 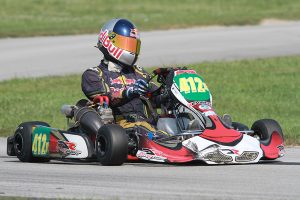 Stock Moto has seen a number of international drivers take part since it became the focal point of shifterkart racing in Superkarts! USA back in 2010. Three of the six S1 champions are from outside the United States, while the S2 category has yet to see an international driver succeed in the championship chase. Collin Daley is looking to change that, teaming up with DRT Racing aboard a DR Kart. It has been an up and down 2016, with the ups brining in two top-five finishes at the SKUSA Pro Tour, including a podium at the SpringNationals. Daley, who just started competing in a shifterkart, has continued to improve with performances at the F-Series on the east coast, and is set to make his SuperNationals debut in the S2 division.