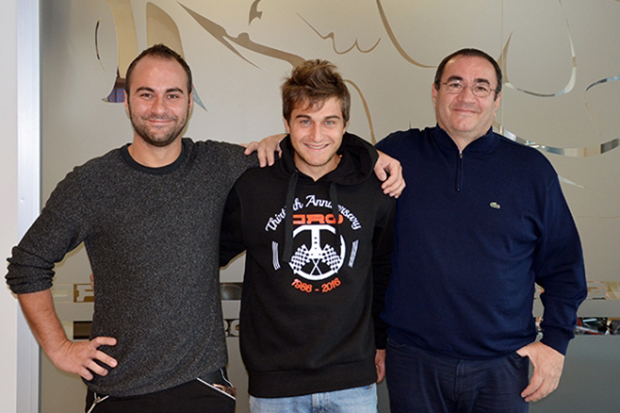 Mirko Torsellini will be back to CRG for the next KZ international season with the multiple times winner Italian chassis pushed by a TM engine unit.

Mirko Torsellini is a welcome return at CRG – the driver from Tuscany will be back to the works team for an international KZ programme in 2017.

Mirko Torsellini, 23yrs old from Siena, is one of the most interesting talents on the international scene of the shifter category. He has been protagonist with CRG at the European KZ2 Championship in 2011 where he ended third. He was second in the WSK Euro Series KZ2, sixth in the CIK-FIA KZ2 World Cup,  won the WSK Final Cup KZ2 and was crowned champion of category S1 in Las Vegas. The Italian driver claimed all these great results on CRG; he is now back to the Italian squad after several other experiences in karting.

Mirko Torsellini has acquired a remarkable maturity in the past few seasons, and is now ready to get the success he deserves together with the most successful outfit of KZ, category in which Torsellini has always been among the main protagonists.

Mirko Torsellini will run 2017 international season as part of the CRG works team, competing on the multiple-times winning chassis of the Italian outfit pushed by a works TM engine. He will  partake in the forthcoming Trofeo delle Industrie – race scheduled for 28-30 October 2016, wearing CRG colors.