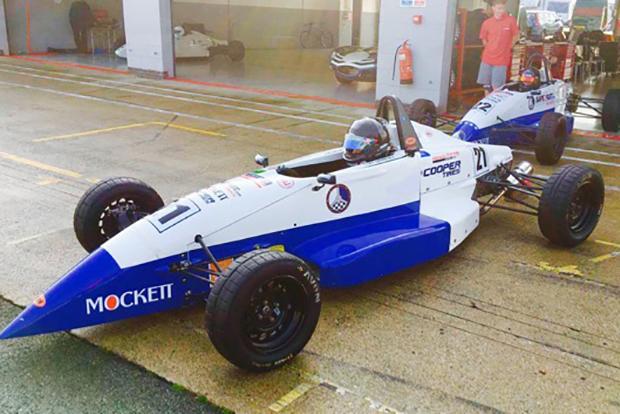 Oliver Askew brings us up to speed at the end of his first week in the U.K. which included initial shakedown tests with Cliff Dempsey Racing at Silverstone National and the Rockingham infield road course. His blog is posted at http://teamusascholarship.org/?p=3580

We arrived at London Heathrow Airport on Tuesday morning. Both Kyle and I were able to get some rest while on the red-eye from Miami so we had no problem going to bed at a normal time that night. I adjusted to the time difference right away; I’m completely sure it’s because I’m running on adrenaline. Normally it’s not this easy. We spent the next day around London, relaxing, bicycling around the city and enjoying the cool temperatures which are a nice change from our Florida summer. 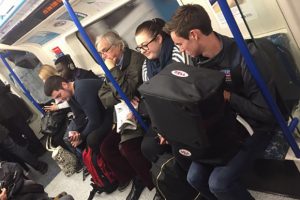 Running late the next morning, we sprinted to Vauxhall station to catch a train from London to Corby, where Cliff Dempsey’s race shop is situated. It was everything I expected; Cliff runs a very professional team and takes pride in keeping his race cars in immaculate condition. We spent the day getting fitted in the cars and helping pack the trailer to go to Silverstone in the morning.

Being able to test at Silverstone will prove to be very helpful when we go back there in a few weeks for the Walter Hayes Trophy. Instead of showing up at the first race not knowing what to expect out of the cars we used this opportunity to familiarize ourselves with the Ray FF1600 car. After 140 laps I was fully comfortable with my equipment and the H-pattern gearbox that I, as a millennial, had never seen before. I’m sure my dad is both chuckling and cringing reading this!

The Formula Ford race cars Cliff Dempsey has prepared for us are a load of fun to drive. Only weighing 920 pounds and putting out around 110 horsepower, it is all about momentum and steering the car with the brake and gas. I have not driven many race cars but I believe it is most comparable to the Lucas Oil School of Racing cars, minus their paddle-shift system. Because they have relatively little horsepower, mistakes are very costly and the competition is always tight. FF races always come down to the final lap, nobody drives away, and drafting can cut at least one second off lap times. 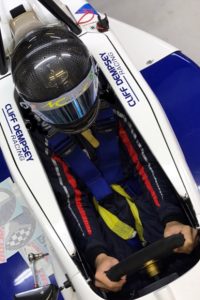 More practice. Circuits in England are located very close to each other (because England is apparently a lot smaller than it looks on a globe!) so we were able to test at Rockingham Speedway the very next day. Rockingham was built originally as a speedway to bring American oval racing to England and in fact hosted the CART Rockingham 500 in 2001 and 2002. We practiced on the extremely technical infield portion of the facility, a blend of 12 corners mixed with both hard braking and flat-out sweeping corners. Overall it was a fun pair of low pressure testing days and with all things considered I believe we are the most prepared we could ever be heading into Formula Ford Festival next week at Brands Hatch.

We are back in London now for the next two days, with on track action beginning Wednesday at Brands.