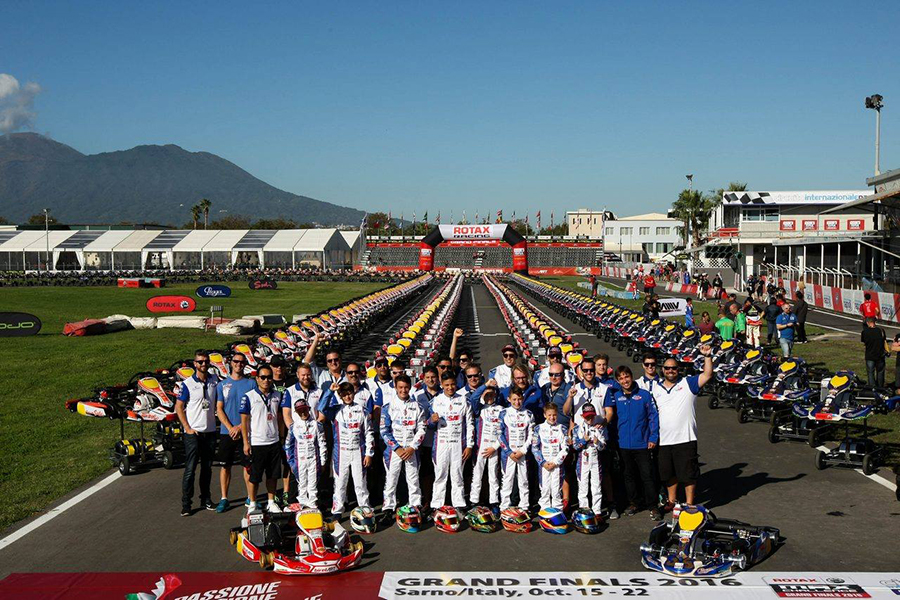 The 17th edition of the Rotax Max Challenge Grand Finals is underway, with 360 drivers from 59 countries hitting the Circuito Internazionale Napoli in Sarno, Italy today for the first official on-track sessions. Saturday, October 15 was the registration day for the many drivers with Sunday serving as the famous kart raffle, with 360 karts from Sodi, Praga, Birel ART assigned to their drivers. Monday provided two practice sessions around the 1.547km course, with the first not timed while the second had the clock on with open hot pit for all six categories. The four ‘traditional’ categories hold 72 drivers that, for practice, are split up into two groups by kart number, odd and even.

This is the first year Mini Max and Micro Max are included as an official RMCGF category. Beginning in 2013 in New Orleans, an invitational support event was introduced, continuing in Spain and Portugal the last two years. 2016 marks the first time the two categories will crown a world Rotax champion, with 36 drivers competing in each category, earning a ticket through their country competition.

Micro Max saw two Team USA drivers inside the top-four with 2016 US Rotax Grand Nationals champion Diego LaRouque second and USRMC runner-up James Egozi in fourth. The Micro division has been in the United States for a long time, compared to many other countries, giving Team USA a slight edge. LaRoque is among the most experienced, winning the US Open and Challenge of the Americas championships in 2015. Egozi finished third at the Florida Winter Tour this season, and gives Team USA two strong drivers in the category. 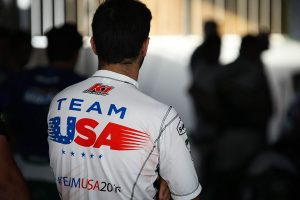 Mini Max has two Team USA drivers inside the top-10. Florida driver Arias Deukmedjian earned his ticket with a third place finish at the US Rotax Grand Nationals, and leads the Team USA squad after the opening day. The 2015 US vice-champion was seventh in the class, with US Open qualifier Luca Mars in 10th.

Last year’s stars throughout much of the event for Team USA were DD2 Masters drivers Luis Schiavo and Derek Wang. Troubles on Championship Saturday kept both off the podium, giving them incentive to do well again in 2016. Wang was in the quickest group of the two, placing third overall with Schiavo fourth in his group and 11th overall. The top-11 are within two tenths of a second – with Brazilian and multi-time SuperNationals winner Leonardo Nienkoetter leading the way, showing just how competitive the DD2 Masters class has become. Former world champion Scott Campbell from Canada is right there, 16 thousandths off Wang’s fast lap.

In 2015, Mathias Ramirez drove to a runner-up finish in the Junior Max category to become the second driver in Team USA history to stand on the RMCGF podium, one spot off 2013 winner Juan Manuel Correa. Ramirez is back for a chance move up one position better, and become a second United States driver to win. The opening day put the Florida driver seventh in his group, 12th overall to lead the four-driver Team USA roster. Ramirez is the only driver making a return trip to the RMCGF, giving him the slight edge over a talented Junior Max driver roster.

Experience is behind the two Team USA drivers in Senior Max. Both Jake Craig and 2016 Challenge of the Americas champion Christian Brooks have been to the RMCGF multiple times, both in Junior and Senior. The experience did not show through the opening timed session, placing outside the top-50 overall. Christian Munoz is making his first start at the RMCGF in DD2, starting off with the 11th best time overall to lead Team USA.

Tuesday, October 18 gives the competitors two more non qualifying practice sessions. Below is a recap of the Team USA performances on the day. 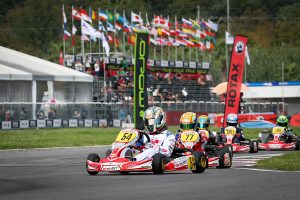 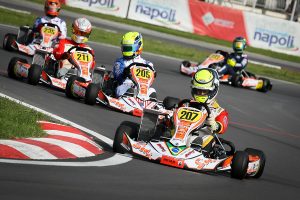 Jake Craig, piloting the #205, is making his fifth start at the RMCGF (Photo: Rotax-Kart.com)