Maranello Kart Successful at the Autumn Trophy in Lonato 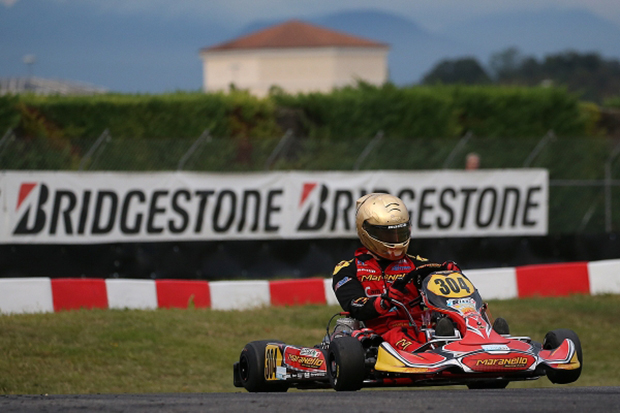 Maranello Kart monopolized the classifications of the Final round of the 26th edition of the Autumn Trophy, scoring excellent performances and being the absolute protagonist.

Maranello Kart has come to the fore in the national categories at the Final of the 26th Autumn Trophy in Lonato, both with works drivers and private teams. A great Massimo Dante claimed the KZ2 title and Luca Bombardelli that of Prodriver Under. Corti, Griggio and Borghi locked off the top 3 of the Prodriver Over’s Final, while Federer and Kiano completed the top 2 of 60 Mini.

KZ2. A great competitiveness has been displayed by Maranello Kart at South Garda Karting of Lonato during the 26th edition of the Autumn Trophy. In KZ2 Massimo Dante did his best to confirm himself on top of the classification on Maranello-Tm. He claimed a stunning double win in Prefinal and Final, after the second place in the opener held on October 2nd. Dante managed to end equal on points with his main rival Enrico Bernardotto, who won the first round and ended second in this occasion. The tie breaker of the fastest time in qualifying unfortunately did not play in  Dante’s favour by only 12 thousands of a second (!).

Dante’s great performance was not affected by the end result, as was that of another protagonist of KZ2 on Maranello Kart: Christoph Hold. He was very quick in qualifying and posted the fourth absolute time before taking a great P3 in Prefinal. Hold took an early lead in the Final on Maranello-Modena, but then ended fourth at the flag before being pushed down to the 13th place due to a 10s time penalty. Hold put in a top level performance nevertheless.

PRODRIVER UNDER. The Prodriver Under scene has been dominated again by Luca Bombardelli on Maranello-Tm. Following his dominant run in the race held on October 2nd, he also took the victory in the second Final and secured the Autumn Trophy with a full haul. Alessio Zanotti was also among the quickest of the category on Maranello-Tm, as he was fifth in the Final and 12th absolute in the Trophy’s classification.

PRODRIVER OVER. Maranello Kart put in a stunning top three finish in Prodriver Over with Gianni Corti, Cristian Griggio and Attilio Borghi dominating the podium of the closing race on Maranello-Tm. Jarno Giusti secured a good seventh place. Cristian Griggio won the Autumn Trophy thanks also to the second place obtained on October 2nd. Borghi was third in the final standigns, Corti fourth and Giusti 12th.

60 MINI. The 60 Mini Final has been quite tight and the young Yannik Federer and the Austrian Kiano Blum, both on Maranello-Tm, locked off the top two of the Final. Yannik Federer – the younger brother of the two times KZ2 European Champion Fabian Federer, won the Autumn Trophy thanks to this victory and the second place obtained in the previous round. Kiano Blum ended third in the final classification instead.