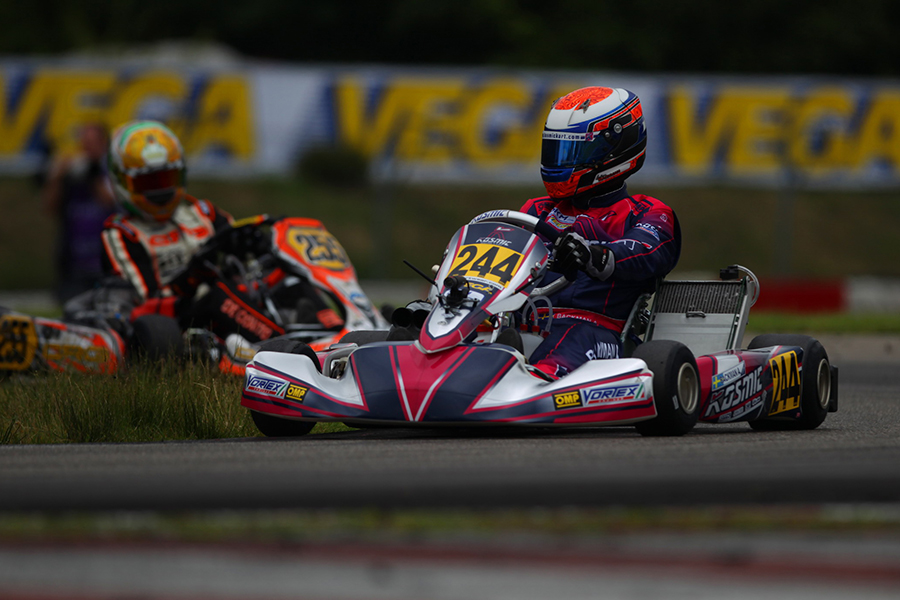 The Deutsche Kart Meisterschaft can be recorded with a good success of Pourchaire in OKJ class and two second places, with Basz (OK) and Hajek (KZ2).

The final round of the DKM, fifth one held in Kerpen, was very positive for our driver Théo Pourchaire, who collected the long-awaited success. Théo came close to victory on other occasions, collecting podiums, but he missed the full success which arrived in the last race, allowing him to finish third in the league.

Théo was supported by perfect technical material, as always fast, reliable and well managed by the Racing Department staff.

With the World Champion in office, Karol Basz, we got the second place in OK race-2, confirming the same position in the overall standings of the category.

As well positive was also the result achieved in KZ category. In the category with the gear Patrik Hajek gained important points in both Kerpen races, taking the second place in race-2. These results have allowed us to get the third place in the championship.

All these results, partial and final ones, make the Racing Department one of the most complete teams of the prestigious DKM championship, able to stay at the top of each category, KZ, OK and OKJ.

Before the crucial event of the season, the World Championship, that will take place in Bahrain in mid-November, we will be engaged in the last WSK round, the Final Cup, which will take pace on the Italian Adria Raceway Karting track.