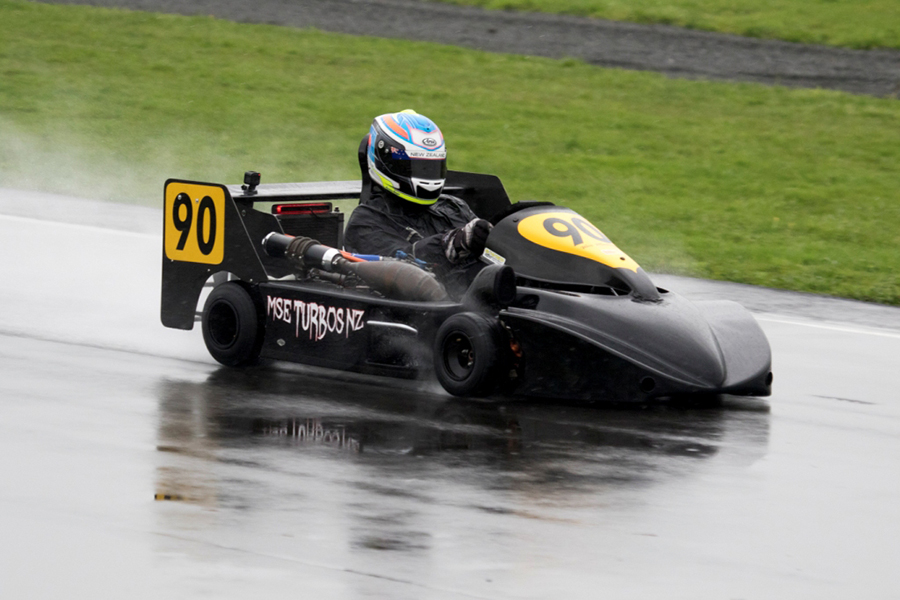 For the past five years the annual SuperKart championship meeting has been dominated by Wellington driver Karl Wilson. But with Wilson taking a break from the sport this year the way was left open for someone else to step up. 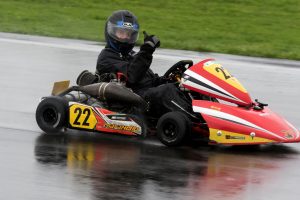 Coincidentally, Urban – an internationally successful multi-time New Zealand sprint kart champion – recently upgraded his SuperKart gear, and proved unbeatable behind the wheel of the new FPE-engined Anderson Maverick he sunk all his spare cash into.

Though he only managed one practice session on a wet track on Saturday before Sunday’s downpour conditions he qualified over three seconds a lap quicker than top National class entrant Nick Isaac who set the second fastest time, then won all four combined International/National heats as well as the standalone 2016 New Zealand SuperKart Grand Prix race.

The pouring rain which marred the meeting tested resolve as well as driving skill but Urban made light of it.

“Wet or dry, honestly, I don’t mind either way,” he said.” It would have been nice if it had been dry because I would have liked to have a crack at the Super kart lap record, but racing’s racing and because everyone, pretty much, was on the same wet tyre the conditions were the same for everyone.”

Capping off a perfect day in trying conditions Urban was also awarded the Pommie Trophy for the most outstanding performance in the International/National field.

Tony Gestro from Wellington was the second quickest qualifier in the International class and ended up second in class. Second behind Urban in the standalone Grand Prix race though was International class young gun Alex Geary from New Plymouth with Aucklander Martijn Weiss third. 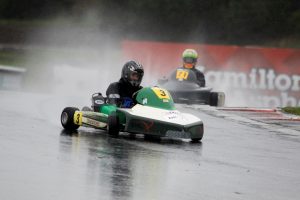 Unfortunately long-time SuperKart supporter and four-time NZ #1 Paul Dunlop made the long trip to Hampton Downs from Clydevale in South Otago in vain, gearbox issues plaguing him throughout the weekend.

It was a big weekend for Bassick, who also competed in a leased SuperKart in the International/National class races with a best finish of third. 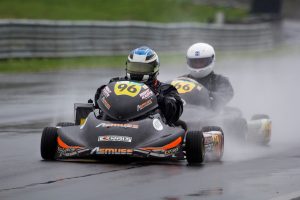