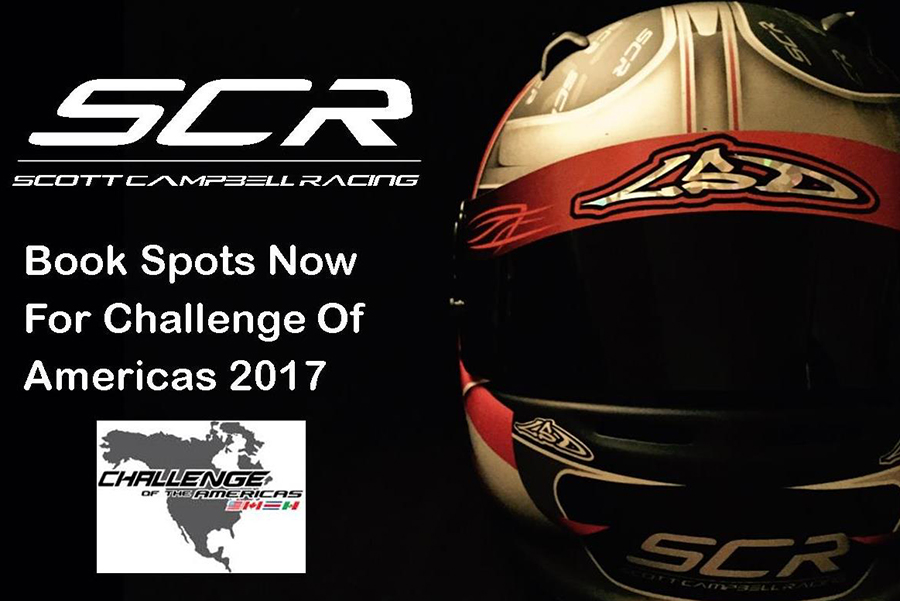 Scott Campbell is pleased to announce that starting in 2017 he will be starting a karting team.  After a long career of karting himself with many championships including a World Record 12 times to the Rotax Grand Finals he has decided to use his knowledge and experience to give to other drivers.  He is wanting to help drivers achieve there wants and goals.

SCR wants to start the 2017 out by attending the Challenge of the Americas and then the US Open.  The team will also consider doing the Can Am if there is drivers wanting to attend and will be attending some bigger races in Canada.  Currently SCR is on the look for drivers to attend any of the events.  Scott will be working with all drivers on driving skills, data and chassis set up.  With the 27 years of experience Scott has learned so many things and used them to earn a World Championship in 2010 in Italy at the Rotax Grand Finals in DD2 Masters.  He will be racing for the last time at the 2016 Rotax Grand Finals in Sarno, Italy before turning his focus on the team.

Scott is very excited for this new chapter in his life and what is to come in the future.  Contact SCR at scottcampbellracing@outlook.com for more information and to book a spot under the tent before it is full.

2017 Challenge of the Americas