CRG Crowned Champion in Spain and Portugal with Andrij Pits 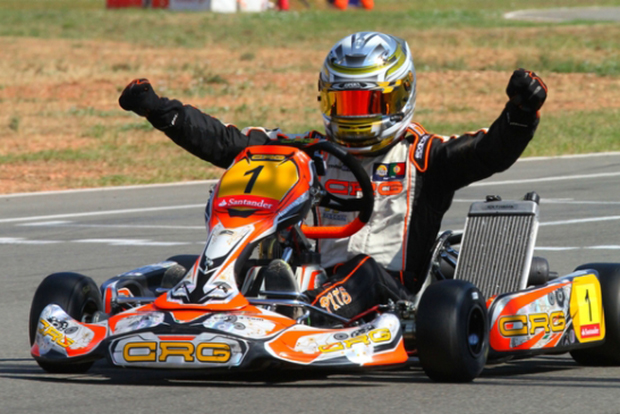 Another double national title has been won by CRG, this time around clinching the titles with the Portuguese driver Andrij Pits, who claimed the Spanish X30 Senior Championship in Valencia’s closer and the Portuguese X30 Super at the Circuit of Bombarral.

Andrij Pits, CRG works driver in OK in WSK and in the European Championship, has been crowned Spanish Champion of X30 Senior with Team FCK in the closing race held last September 25th at the Kartódromo Internacional Lucas Guerrero of Chiva (Valencia).

The Portuguese driver posted the quickest time in Chiva’s qualifying on CRG chassis and was second after the heats, before winning both X30 Senior Finals and taking the title with them.

Andrij Pits had also won the X30 Super Portuguese Championship at the Circuit Bombarral one week earlier, again on CRG chassis run by Team FCK. In that occasion he also claimed the victory in both Finals.