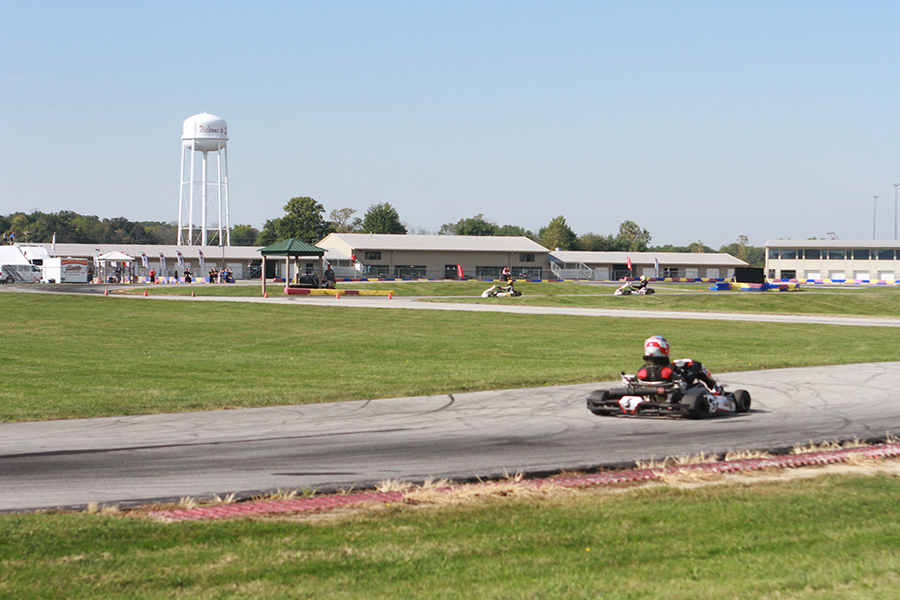 EKN’s Paddock Insider is a new Trackside coverage addition, bringing you notes, updates and breaking news as it happens. The article will be a timeline of events as they happen during the 2016 Grand Nationals – presented by Top Kart USA – for the WKA Manufacturers Cup Series at the New Castle Motorsports Park in New Castle, Indiana. The information will not be seen anywhere else, including interviews and photos. Please feel free to comment and discuss our coverage and today’s action in the EKN Global Members Discussion area below: For complete coverage head to the EKN Event Page.

KSNA’s Jones Back Behind the Wheel 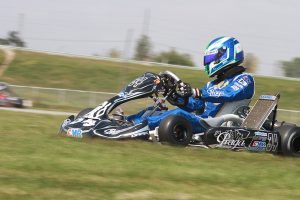 Eric Jones back behind the wheel again (Photo: EKN)

There are a number of talented drivers here at New Castle, both competing and along the fence line providing support for those in our sport today. Among them is KartSport North America’s Eric Jones, who has nearly won at every level and program across the country. It has been some time since we seen Jones behind the wheel at an event, as he is spending Friday aboard his own Praga machine that has been sitting in his showroom at the Mooresville, NC shop. After a few sessions on it, they are tuning it in along with the Comet Racing Engines X30 engine. It is still unsure if he is really going to race. The real question is, if he wins the overall weekend cash prize from IAME USA East, does he pay it to himself or hand it down to his KSNA mechanic Carlos.

Thursday, New Castle announced the cancelation of the RoboPong 200 events, scheduled for next weekend, making this the last major event at the facility on the year and the last major 2-cycle event along the east coast for 2016. A number of people are upset at the cancellation for the event who are here racing. It has been a busy summer of racing, with events nearly every weekend with SKUSA, WKA, USPKS, Rok Cup, Rotax – and not to mention all the regional and club racing going on. One thing is obvious, the 2017 event needs to begin promotion now, along with finding ways to get the professional drivers back involved if the Dan Wheldon Memorial is not happening again. And, a way to get club and regional racers involved. NCMP needs to work with surrounding clubs and series to avoid scheduling on top of the event to help make it one of the top-five events of the year like it has been for the past decade. 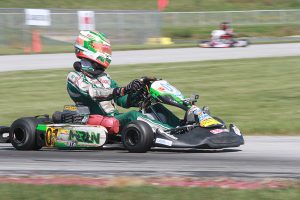 This weekend, two championships are on the line for Brandon Lemke – one in IAME and the other in Yamaha. The former Triple Crown winner came to New Castle, not feeling well, and has elected to sit out practice for the day. In his place is friend Zach Holden. Here to hang out on a Friday with his friends, Holden was asked to practice for Lemke during the practice sessions. Holden will work with Jason Birdsell and Bill Lemke to have Brandon’s Merlin machines ready to go for Saturday in hopes of his return to the seat should his illness go away overnight.

Grand National Eagles on the Line This Weekend

The 2016 WKA Manufacturers Cup Grand Nationals is being held this weekend at the New Castle Motorsports Park. The series finale is the fifth stop of the program, coming to New Castle, Indiana for the second time in 2016, utilizing the same track layout. There was some confusion as to why the same ‘National’ layout is being used, however, the numbers are above the Pittsburgh total thanks to a number of local drivers participating. Junior and Cadet divisions are among the higher entered divisions with the Senior at or around 10 for both IAME and Yamaha. The paddock does not look as filled as it has for previous events, however, the competition on track is sure to be exciting, as it always is at the Grand Nationals and the New Castle facility.