LeCont Hits Hard at the 24 Hours of Le Mans Karting 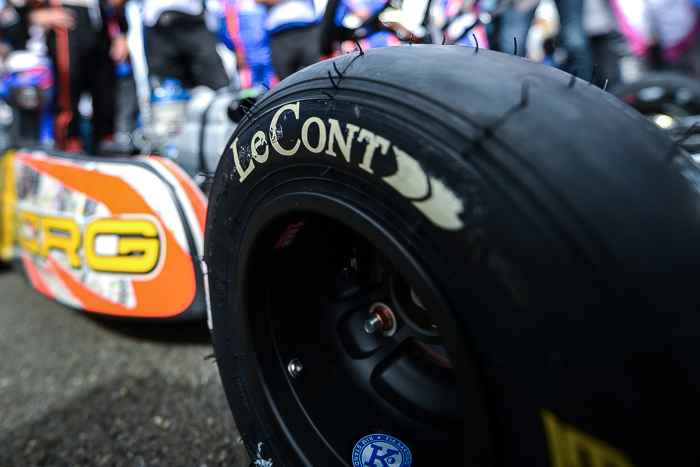 The delivery of LeCont tyres at the 2016 24 Hours of Le Mans Karting contributed to the success of this 31th edition which was entered on the CIK-FIA calendar as the officially labelled Endurance Championship using the new OK engines. With both performance and endurance, the tyres provided by the Italian manufacturer enthused every participant.

Many controversies on the subject preceded the event. “We faced negativity on all sides and pressures before the start of the competition,” explained Paolo Bombara, the LeCont commercial director. “For various reasons that have nothing to do with the quality of our products, a hostile campaign was conducted against us. That does not matter, we are used to it. We were absolutely confident in the quality of our tyres and their ability to meet the challenge of endurance racing. The progress of the 24 hours of Le Mans Karting 2016 showed vividly that we were right!”

The preliminary concerns related primarily to the number of tyres. This year in fact, five sets of tyres for the race were allowed instead of the six previously. Added to this the emergence of the powerful OK engines, without front brakes, against the Rotax, Rok and X30 equipped with three brakes. From this difficult challenge, LeCont came out with its head high by winning general approval, including that of the sceptics.

The five sets of tyres proved largely sufficient to reach the end of the two clock towers at the classic Le Mans venue. Even without the shower in the early evening, the deal was fully completed by the LeCont LH03 EESs. Not only was there no concern about the safety of the event, but the consistency of the performance recorded until the end of the race allowed the teams to focus on the sporting and technical battle from the beginning to end of the event .

According to numerous testimonies collected during the race, the LeCont tyres fully completed their mission. Some sets reached and surpassed 5:30 hours running in GP1 without problems and experienced teams admitted that they could settle for four sets to reach the finish. A more convincing demonstration that the ability of LeCont to go the distance!

Moreover, the inevitable decline in performance due to wear of tyres was very low. According to the timesheets, confirmed on return to the paddock when hot tyres were collected, drivers lost less than a second a lap after four hours of driving with a set. The figures given by the bigger teams even reported a gap of only about 5/10 between new and used tyres. No doubt about it, this is exceptional.

Of course, there were no cases of tyres worn down to the canvas or any other particular incident. The interaction of the powerful GP1 and GP2 categories, despite their different weights and braking systems, caused no problem regarding the tyres.

After 24 hours, 1421 laps and 1966 km, LeCont won the esteem and gratitude of all for the quality of its tyres, both slick and wet, which were efficient, consistent and safe. This brilliant success caused a stir in the community and reinforces the seriousness of the reputation of  the brand from Rovereto.