IAME titles to be decided this weekend in New Castle 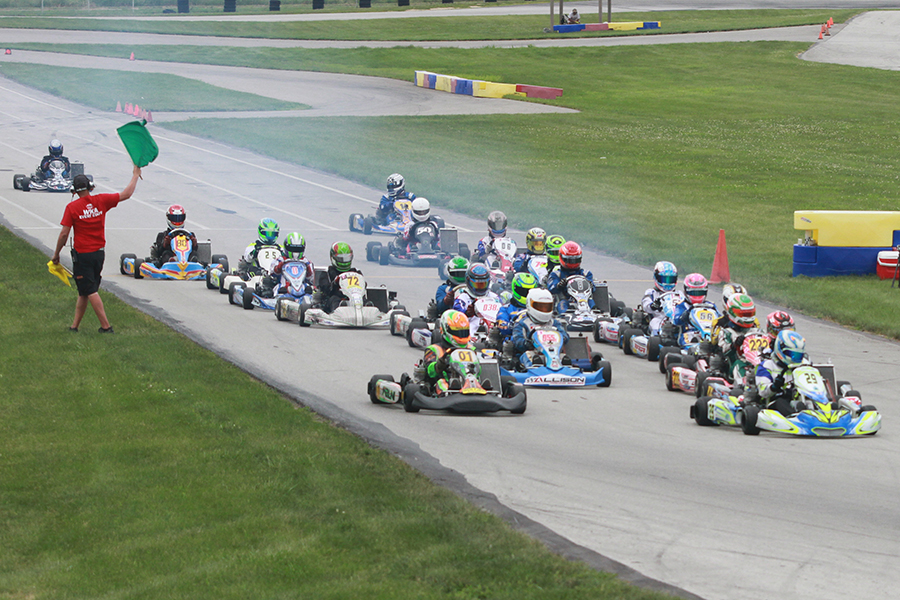 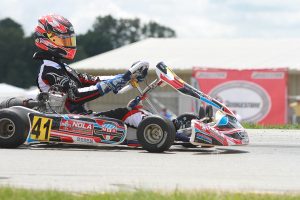 Five different drivers have earned the top step of the podium after eight races, with two of them among the contenders for the title heading into the series finale. Two rounds of a racing remain for drivers to make improvements on their best of seven score toward the championship. Braden Eves, the point leader in Yamaha Senior, holds the advantage in the IAME Senior division as well. The Kosmic pilot is out front by 35 points over Round Two winner Brandon Jarsocrak (Praga). Eves doubled up the last time in New Castle for his two victories on the year, and holds the tie-breaker advantage unless Jarsocrak can get back on top podium this weekend.

One driver who has yet to take the checkered flag first on the year is Brandon Lemke. The Merlin pilot has been runner-up three-times, not yet able to score his first IAME Senior victory. The rookie sits out of first by 61 points. Double Pittsburgh winner Jacob Donald (FA Kart) remains in the championship hunt thanks to his performance last month, along with last year’s champion Alexander Kardashian (Top Kart). 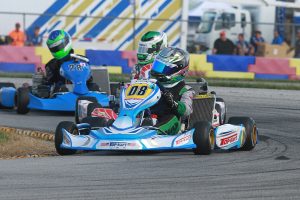 Things are up in the air for the IAME Junior title chase. Pauley Massimino holds the championship lead as the only title contender to compete in all eight rounds thus far on the season. The Top Kart driver has yet to earn a victory in the category, and enters with a 182 point advantage. The wildcards are what Lance Fenderson and Myles Rowe can produce on the weekend. Each have missed two rounds, giving them just six rounds counted toward their best of seven point total. Fenderson (Tony Kart) was the weekend winner in Pittsburgh after earning his third victory of the season, going 3 for 6 on the season after missing the first New Castle weekend. Rowe (Tony Kart) missed out on Daytona KartWeek in December, and has four top-five finishes as his best results in six races, including a victory at Pittsburgh.

Holding an outside chance to get into the top-three is Max Peichel (Top Kart) with four top-five results in his six races. A large group remain in a battle for the fifth position. Spike Kohlbecker (Margay), Connor Cass (Merlin), Tahlon Yockel (Tony Kart) and Gage Rodgers (PCR) are among those fighting for the spot. 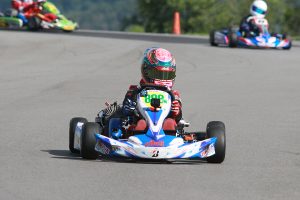 It is a three driver chase in the Swift Sportsman title chase. Just two points separate Luca Mars and Connor Ferris when taking the best seven races to this point in the championship. Mars (Benik) locked up his first two victories of the season in Pittsburgh to move into the championship lead. Points are very similar for Ferris (Top Kart), only earning one victory dating back to the opening round in Daytona KartWeek this past December. Kaden Wharff (Top Kart) sits third in the standings, looking to notch his first win in the category on the year, welcoming the competition to his home track.

Three drivers sit within 23 points for the fourth position with Caleb Bacon (Parolin) holding the position. Not competing in New Castle, it allows Zane Maloney (Formula K) and Rylee Engel (Tony Kart) the opportunity to improve to move up in the championship standings. 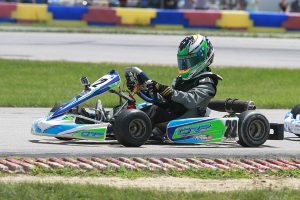 Jeremy Fletcher has the best score in the best of seven format in Mini Swift (Photo: EKN)

Seven of the eight victories on the season in Mini Swift belong to the top three in the championship chase. Eli Trull (Fullerton) has amassed the most points over the eight races, but it is Jeremy Fletcher (Kosmic) holding the advantage when calculating the best seven results. Fletcher’s record only has six races on it, including five victories with Round Six the only main event he missed out on. That puts the pressure on Trull, as Fletcher’s points will increase with his best round on the weekend. Trull will need to add to his one victory on the year, as does Caleb Gafrarar. The Parolin driver is 202 points back of Fletcher, needing to land on top of the podium this weekend in an effort to challenge for the title. Danny Dyszelski (Vemme) leads the battle for the fourth spot with Benjamin Maier (Top Kart) and Sofia d’Arrigo (PCR) in position to challenge for the position.