Wins, Podiums and Championships for Benik in the United States Pro Kart Series 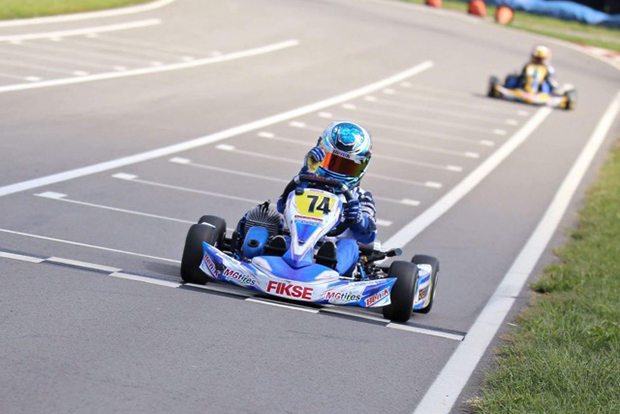 With race wins, podium results and championships already attained throughout the 2016 season, BENIK branded drivers made the trip to the Pittsburgh International Race Complex (PittRace) for the final round of the United States Pro Kart Series (USPKS). Ending the weekend strong, BENIK added three victories and six podium results to their ever-growing resume.

In the IAME Swift Cadet class, Tyler Maxson and Reece Gold would be the dominant duo as they claimed the top two positions in almost all on track sessions. On Saturday, Maxson claimed the pole position and main event victory, as Gold would follow in his footsteps in second. Sunday saw Gold on top in qualifying but Maxson would get the best in the end, taking the main event victory. Gold again challenged him to the end but crossed the line in second.

In the Yamaha Rookie class, Elliot Cox carried the BENIK logo to the front of the field as he managed to secure Saturday morning’s pole position in qualifying before crossing the stripe second in the day’s final. Looking for redemption on Sunday, Cox’s qualifying effort was a carbon copy of Saturday’s results with another pole position while the main event would see him out race all fellow competitors to the line as he topped the podium blocks.

“It was a great end to the USPKS season,” explained Nick Mitchell, Co-Founder of BENIK Kart and Manager of Team BENIK. “With their results, Reece Gold and Tyler Maxson finished first and second in the series title chase, proving the dominance of the BENIK brand in the Micro and Mini categories. We will now shift our focus to the last quarter of the season and look to continue the successful year that we have had thus far.”

With only a few races left on the 2016 calendar, BENIK drivers will focus on the ROK International Final in Italy as well as the US Open Finale and SuperKarts! USA SuperNationals in Las Vegas. With the team’s three biggest events closing out their season, planning and signing of drivers for 2017 campaigns has already begun as the MAXSpeed Entertainment Florida Winter Tour will kick off in January.

For more information on BENIK Kart, please contact Nick Mitchell or Ben Cruttenden via e-mail to Info@Benik-Kart.com or by phone at 754.206.4870.