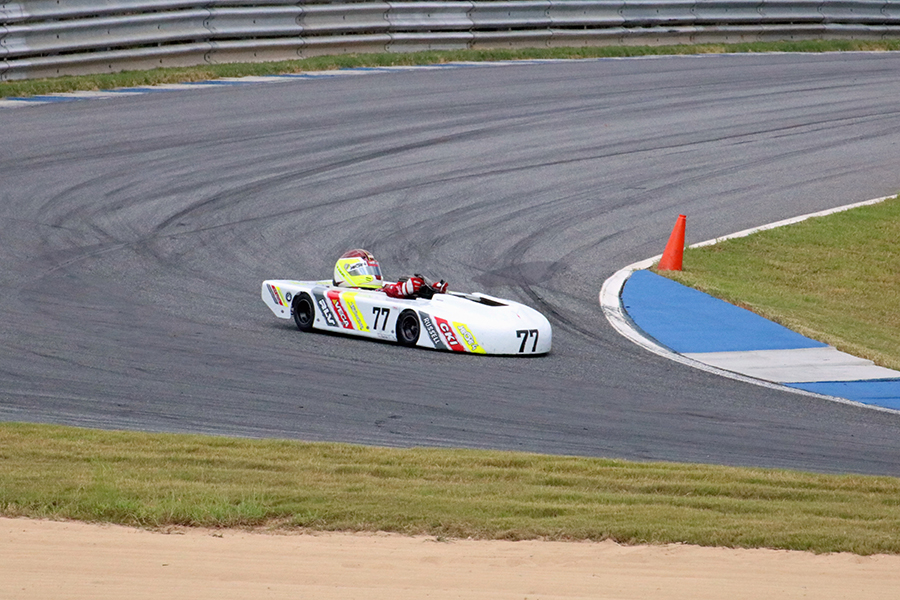 The inaugural appearance of World Karting Association at the ultra-modern Atlanta Motorsports Park for the series Grand National event found some monumental results in the season finale for the Dunlop/Xeramic National Road Race Series presented by Russell Karting.

Nestled in the small southern town of Dawsonville, Georgia, home to legendary Nascar Sprint Cup star Bill Elliott, as well as son Chase, who is running for Sprint Cup Rookie of the Year honors, the element of family was extended through the karting ranks, as competitors absolutely fell in love with the 2-mile course, which offers some of the most demanding hill climbs, with elevation changes of 86 feet within the 2-mile distance.

At the end of Day 1, winners of Grand National Eagles included the Father/Daughter duo of Stephen and Madison Wheatley, as well as a Father/Son combination of Robert and Rob Garland, not to mention a brother tandem of Randy and Rick Fulks. Not to be forgotten was Ryan Hatcher, the ONLY driver to secure 2 wins on Saturday.

The stories of some of these families was so wonderfully intertwined, with Randy Fulks taking the hotly contested 100cc Controlled win over bother Rick, with Joe Scavusso, Johnny Scavusso, and Lance Yunck completing the top 5. Well known for scores of wins and titles, not to mention a great personality, the Illinois Hall of Famer honored Cadet winner Madison Wheatley by giving her his race winning eagle, as Wheatley, a Local Option top dog in the Cadet Class, received a plaque for her winning efforts, thus sending the momentum of the weekend through the roof. 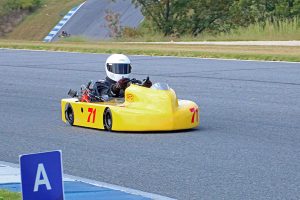 For Stephen Wheatley, the weekend was complete with not only enjoying the success of his daughter Madison, but also securing the Animal Medium top honors on Saturday as well. 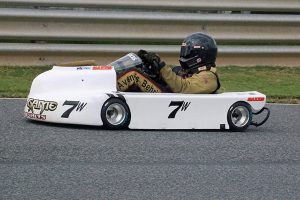 Day 2 activities were drowned out by Mother Nature. And while WKA changed their policy where competitors can run in the rain in Road Race, ultimately the call is at the discretion of the Race Director. Heavy rain left considerable ponding in critical areas of the track, forcing the decision to scrub the Day 2 activities.

Here’s a look at some of the other weekend winners: 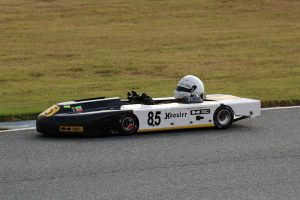 The final weekend of racing also secured yet another Manufacturers Championship Trophy for John and Wendy Klutz and the entire CKI staff, with an unofficial total of 41 victories this year in the 4 race program for Competition Karting Incorporated.

The next event for the Road Race program will be the annual return to Daytona International Speedway December 27-30 for Daytona KartWeek, with the Year End Awards Presentation slated for March, the same weekend as the Roebling Road National. That date, as well as the balance of the 2017 National Road Race Schedule is in the process of being finalized, and should be out shortly.

The 2017 Class Structure will be announced shortly as well.

On behalf of the World Karting Association, our sincerest thanks to all the competitors, sponsors, tracks, officials, families, and so many others for helping to put a great exclamation point on the 2016 season. We wish you all a safe and happy holiday season, and look forward to seeing you at Daytona in December!