Championships remain up for grabs in Yamaha and Kid Kart divisions 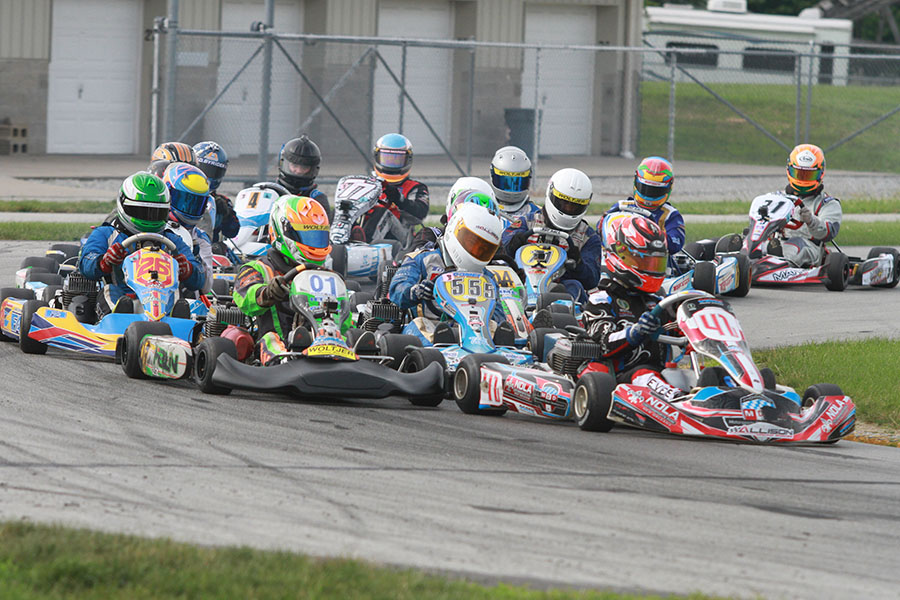 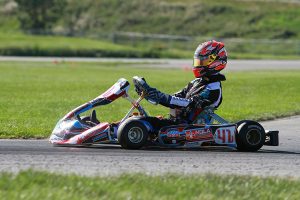 Three drivers remain in the hunt for the Yamaha Senior title. Braden Eves has run Yamaha at just the WKA events in 2016, winning three races and placing runner-up in two other features to enter the finale weekend as the point leader. Eves (FA Kart) holds a 79-point advantage when factoring in the best seven rounds thus far. Former WKA Triple Crown champion Brandon Lemke (Merlin) is second in the standings, touting just one victory in the eight rounds. Dakota Pesek (Top Kart) just wrapped up the USPKS championships, and holds the third spot in the standings with two victories in 2016. Pesek needs some help and score perfect in New Castle, trailing by 109 points. Nick Landi (FA Kart) sits fourth as Alexander Kardashian (Top Kart) has a solid hold of fifth. 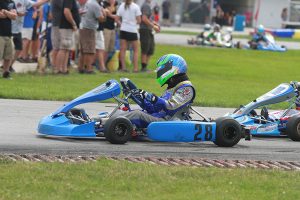 There is a lot left on the table in the Yamaha Junior championship race. Pauly Massimino has led the standings for much of the season, and remains the driver with the most accumulated points. The championship counts the best seven races on the year, and entering the finale weekend, that belongs to Tyler Ferris. Massimino leads by 66 overall, but when you calculate the best seven, his Top Kart teammate leads by 17 points. Each have room to improve their total, with each earning one feature victory on the year. Ferris has two runner-up finishes to Massiminio’s one – which could come into play during a tie-breaker scenario. The wildcard 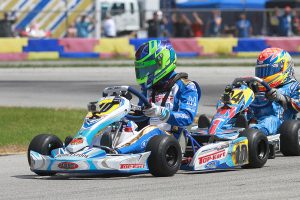 Madison Campeau is the driver to beat in the Yamaha Sportsman title chase (Photo: EKN)

A series first victory has boosted Madison Campeau in her efforts toward the Yamaha Sportsman championship. Her win at the Pittsburgh round was a first at WKA competition, pushing the Top Kart driver to the top of the standings. Kaden Wharff has two victories of his own in 2016, and trails Campeau by 108 points when counting the best seven races. Wharff has been among the best all season in the Yamaha division, including at his home track of New Castle. Caleb Bacon (Parolin) is too far out in the third position to challenge for the top spot, and will not be in New Castle so Robert Noaker III (Merlin) Lucas Smalec (Merlin) and Adams brother Garrett (FA Kart) and Logan (FA Kart) have a chance to better their scores to jump over Bacon’s seven-race score.

Water for a Cause Kid Kart 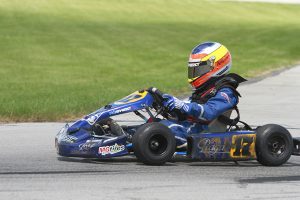 Indy Ragan is on the verge of the Kid Kart championship (Photo: EKN)

Indy Ragan has a solid lead heading into the finale weekend for the Kid Kart championship. Ragan has finished in the top-two positions six times this year, including two victories. The advantage is 133 points when counting the best seven races, leading Austin Olds. Karsyn Walters enters the weekend third in the standings with Aubrey Adams, Tristan Young and Preveil Perkins fighting for the fourth position.