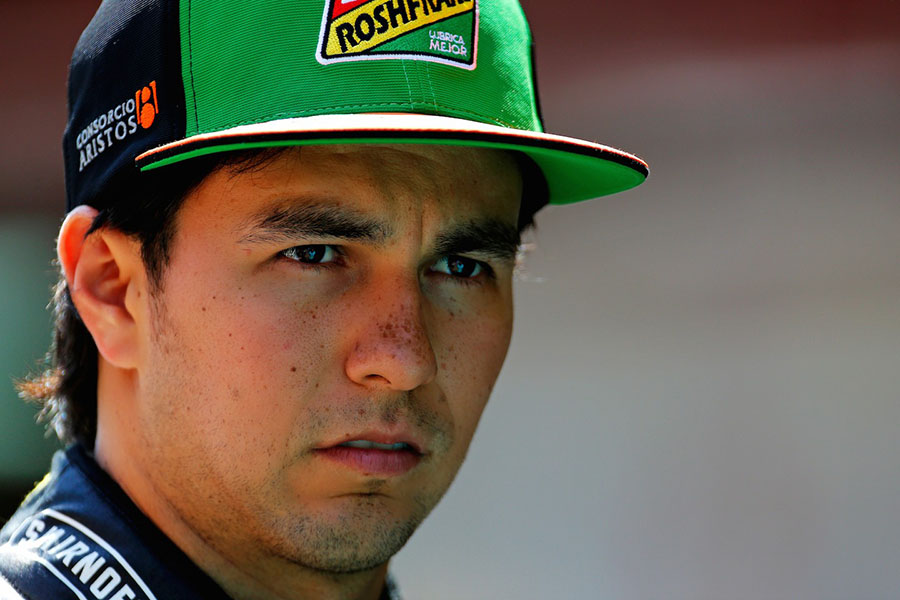 There is no doubt the 20th edition of the Superkarts! USA SuperNationals – presented by VCI Mexico / GP Kart – is going to be a special event. The organization is hard at work, developing a memorable week at the Las Vegas Convention Center for the November 16-20 event. Among the recent news was the expansion of the X30 Master division to 88 drivers, the $20,000 cash prize available to former winners in the three headline divisions, and now the first professional driver to be rumored to compete on the weekend. 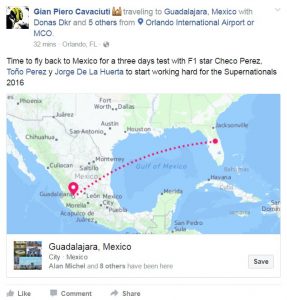 2014 SKUSA Pro Tour champion and GP Kart team manager Gian Cavaciuti sent out a Facebook status on his travels from Orlando after working with GP drivers at the Rok Cup USA Finals, heading to Guadalajara, Mexico for three days of testing. Among those listed include Formula One driver Sergio Pérez. The Sahara Force India F1 Team driver is currently 8th in the world championship, landing on the podium twice this season and coming off an eighth place finish in Singapore.

Perez is no stranger to the SuperNationals, having competed at the Las Vegas event during his karting career. The last time ‘Checo’ Perez contested the SuperNats was in 2002 at the Rio, racing the Formula Junior (80cc Shifter) to an 11th place finish against many big names in motorsports today including Graham Rahal, James Hinchcliffe, Robert Wickens, Richard Phillippe and more.

As of right now, there is no official entry for Perez according to the Superkarts! USA office. eKartingNews.com is the Official Media Partner of Superkarts! USA, and will be once again broadcasting live audio and provide exclusive entry list prior the week prior to the event. Now under 60 days remaining until the SuperNationals 20, we can expect to see more big names and major announcements to materialize.