Championship Decider in Melbourne Next Weekend 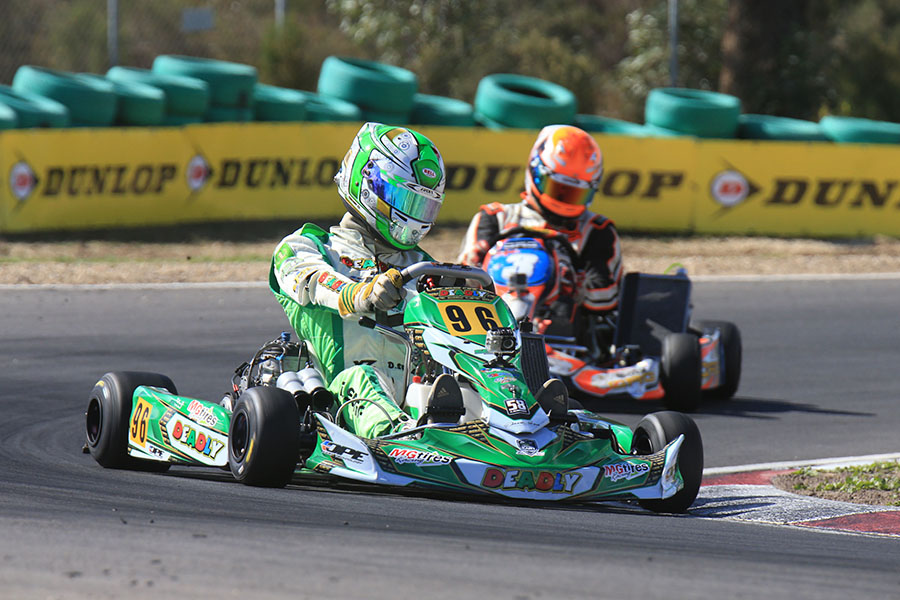 Melbourne's David Sera leads the way in the KZ2 standings entering the final round next weekend (Photo: Coopers Photography)

Melbourne’s Todd Road circuit will host the final round the 2016 Australian Kart Championship presented by Jayco and Castrol EDGE next weekend (September 23-25).

More than 200 competitors will line up at the event where nine Australian Champions will be crowned on Sunday afternoon.

every karting class – except one. The elite KZ2 Title is one that has eluded the 28 year-old since making his debut in the class six years ago.

After holding a commanding lead mid-way through the Championship the Deadly kart pilot saw his lead diminish following a disappointing fourth round and is now engaged in a four-way fight for the title.  Gold Coast Patrizicorse drivers Marijn Kremers and Chris Hays, along with Canberra’s Josh Fife are all within striking distance.

While he will be on home soil for the finale, Sera is very aware of the fact that it hasn’t been a happy hunting ground for him over the past few years.

Sera hasn’t won in aboard a KZ2 at the venue since 2011. Chris Hays was leading that race before encountering brake issues forcing him onto the sidelines allowing Sera to take the win. Hays took back-to-back round wins at the venue in the following years before Joey Hanssen and Jake Klarich were victorious in 2014 and 2015 respectively.

“I feel that I’m probably the best prepared that I can be and will be simply aiming to go out and win the round. If I can do that then the Championship will take care of itself but I know it’s going to be a tough weekend,” said Sera.

In the top Junior class, KA2, Jack Doohan is on track to secure his second Australian Championship entering next weekend with a significant advantage at the top of the standings.

Berwick teenager Matthew McLean leads a three-way fight for Melbourne drivers in the chase for the KA3 Senior title with Bornia’s Cody Donald and Taylors Lakes’ Jordan Nicoloau. McLean won the corresponding round in 2015 and will be out for a repeat performance next weekend.

Practice begins on Friday (September 23) followed by qualifying and heat races on Saturday with the finals to be contested from midday on Sunday September 25.

The Todd Road Karting facility is located on the corner of Cook Street and Todd Road, Port Melbourne.  Entry for spectators is Free.