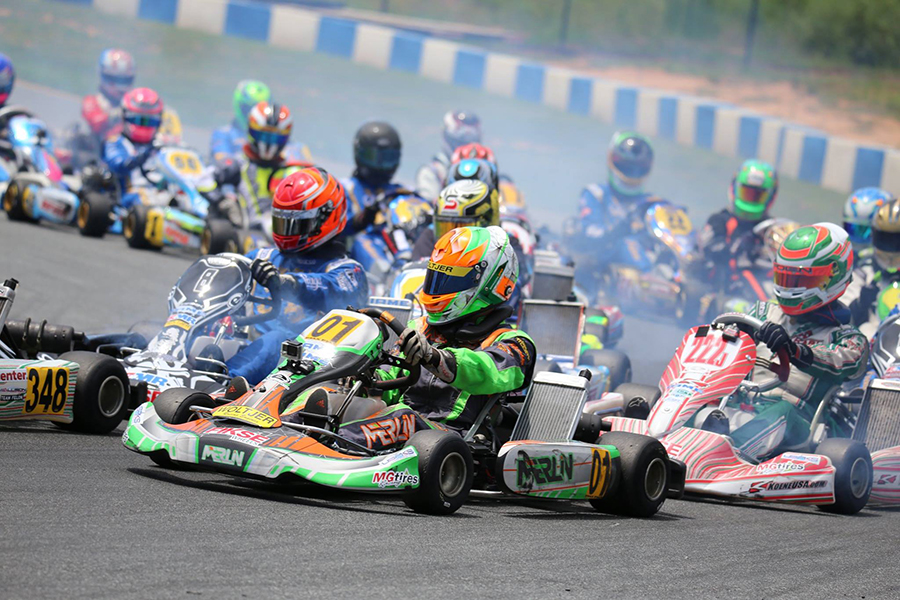 Each day will present the drivers with a different format to the checkered flag. Saturday’s round of racing includes the standard qualifying, two heat races, and a Final. Sunday’s action is revamped with a qualifying, Prefinal, Final format to allow for the championship ceremonies to take place that evening. The preview of the weekend’s eight championships is broken up into two parts. Wednesday we focused on the four Yamaha divisions – Pro, Junior Cadet and Rookie – with the four IAME categories reviewed today. All the weekend coverage and links can be found at the EKN Event Page. 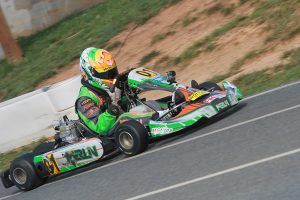 The championship is nearly decided in the IAME Pro division following a solid season thus far by rookie Brandon Lemke. The two-time Junior champ in 2015 won four of the last five features to secure a healthy 574-point lead going into the series finale. With over 600 possible points available for one driver to obtain on the weekend, the Merlin driver needs to keep his nose clean through the opening sessions Saturday to clinch the championship prior to Sunday’s events. The real fight will be for second as five drivers enter within 102 points of each other. Round One winner Braden Eves (Kosmic) leads Round Three victor Zach Holden (Tony Kart) by just 22 markers for the second spot. Former Yamaha Pro champion Brandon Jarsocrak (Praga), Ryan Norberg (Tony Kart) and Austin Garrison (CompKart) are just within reach to make every session count throughout the weekend. 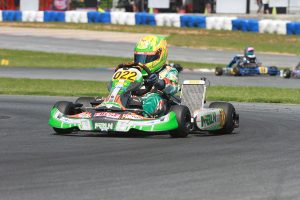 Sam Mayer is attempting to complete the same task Brandon Lemke did in 2015 – win both Junior championships. Leading the Yamaha chase, Mayer has a slim lead in the IAME standing heading into Pittsburgh. Merlin drivers are 1-2 with Alex Bertagnoli out of first by only 13 points. Alex has the lead in wins on the year with three in the class, while Mayer only has two. Every session matters in the two days of competition, and can make or break their title dreams.

Lance Fenderson (Tony Kart) is the only other driver to secure a victory in the category, coming out on top at Round Six and earned a win last month in Pittsburgh, currently holding the third spot in the standings. Austin Schaff (Merlin), Myles Rowe (Tony Kart) and Stephen Dial (Merlin) are among those in the battle for the final spots on the championship podium. 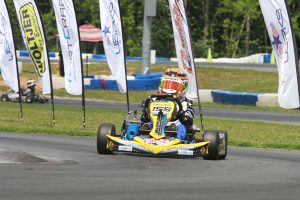 Can anyone stop Reece Gold in IAME Cadet? (Photo: EKN)

Four of the last five victories in the IAME Cadet have gone to Reece Gold. The EKN July Driver of the Month has been nearly unstoppable, including coming back from a flip after qualifying to win Round Six. The two bad rounds however have kept his Benik teammate Tyler Maxson within range heading into the finale weekend. The gap is just 45 points as Maxson looks to record his first win of the season in the series while attempting to jump over Gold in the standings for championship Sunday.

Round One winner Kyle Thome (Merlin) has a solid hold on third ahead of California driver Colin Queen (Tony Kart). Nicholas Terlecki (Birel ART), Devin Gomez (Benik) and Gray Leadbetter (Top Kart) are among those fighting for the final step on the championship podium. Leadbetter is the only one of the three to score a podium finish in 2016. 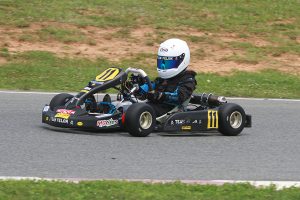 Brent Crews has been nearly unstoppable in the IAME Rookie class. The Energy driver started out the season with four straight wins. The Mooresville weekend brought in the largest field of the year with 18 drivers, and Crews saw his win streak end Saturday. He retaliated on Sunday, securing his fifth victory to extend his point lead to 304 points heading into the finale weekend. Yamaha class leader Paige Crawford (Tony Kart) sits second with Eli Trull (Fullerton), Danny Dyszelski (Vemme) and Elliot Cox (Benik) set to decide the final four positions in the standings.