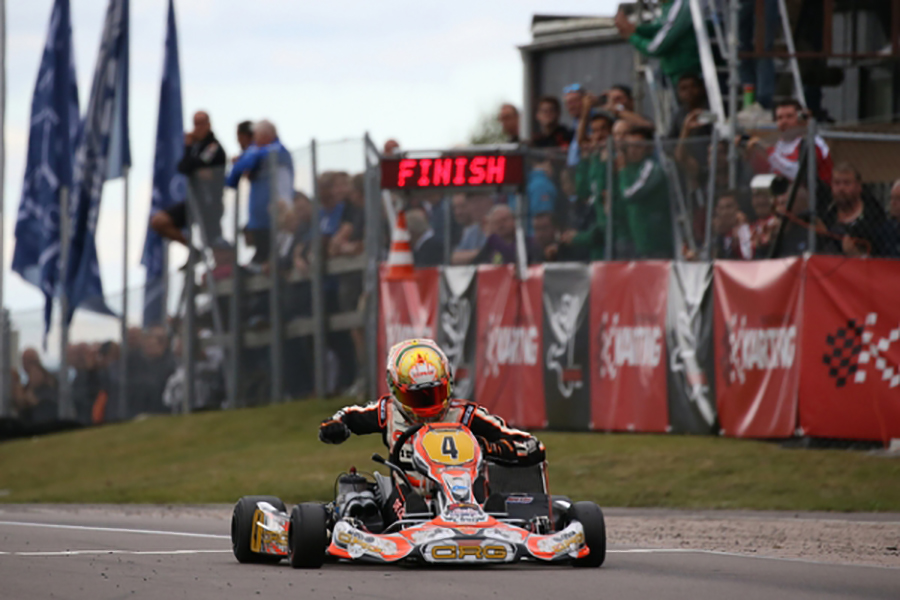 CRG’s result in Kristianstad has been quite remarkable and unprecedented, as the Italian outfit won two world titles in the same day and in the two shifter categories. Adding on to the two European titles secured earlier in the season (OK and KZ2), CRG’s haul reached impressive figures.

Winning two World Championships in a day is not an impossible deed! CRG completed this checkmate preparing it carefully and serving it with a sudden move based on competitiveness and sheer performance, thanks to its superlative chassis, engine preparation, technical staff and drivers.

A DOUBLE WORLD TITLE IN KZ AND KZ2

The two races of the KZ World Championship and KZ2 International Super Cup (i.e. the world championship of the smaller category) run in Sweden on Sunday September 4th had an historic epilogue for CRG that set another unprecedented record. For the first time ever, a single make managed to win the World Championship and Super Cup of the two shifter categories not only in the same year, but also in the same day. In Kristianstad, Paolo De Conto, 24 yrs old from Valdobbiadene (Treviso), won the CIK-FIA KZ World Championship on CRG-TM and Pedro Hiltbrand, 20 yrs old from Girona (Spain) claimed the CIK-FIA KZ2 International Super Cup on CRG-Maxter.