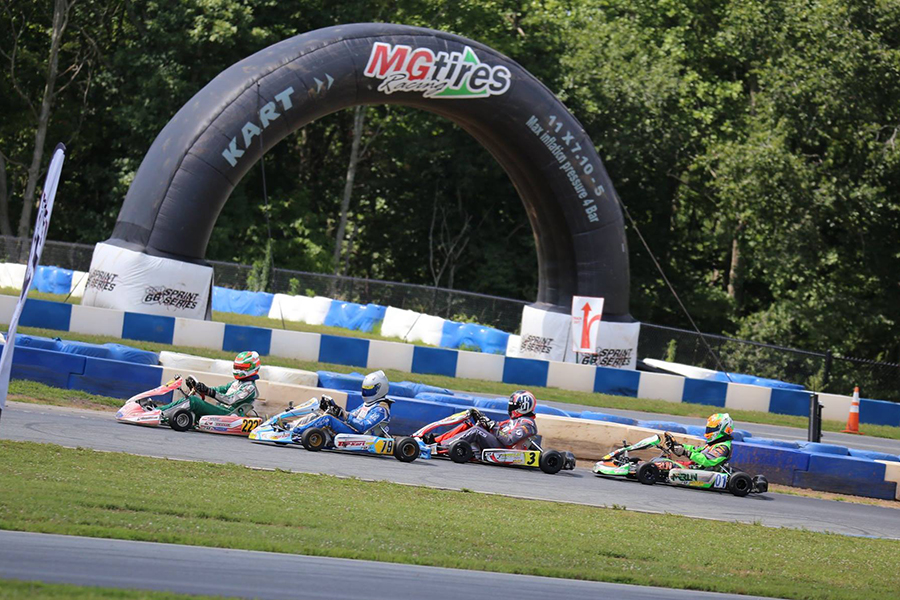 Each day will present the drivers with a different format to the checkered flag. Saturday’s round of racing includes the standard qualifying, two heat races, and a Final. Sunday’s action is revamped with a qualifying, Prefinal, Final format to allow for the championship ceremonies to take place that evening. The preview of the weekend’s eight championships is broken up into two parts. Today is focused on the four Yamaha divisions – Pro, Junior Cadet and Rookie – with the four IAME categories reviewed on Thursday. All the weekend coverage and links can be found at the EKN Event Page. 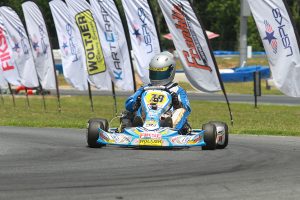 Four wins in six rounds of racing puts Dakota Pesek on the hot seat for the Yamaha Pro championship chase. It was a two driver fight last year between he and Mike McAndrews. The latter was able to secure the championship with Pesek settling for second, just a year after placing third in the point standings. Last year, he entered tied with his rival for the top of the chase. This year, the Top Kart USA driver has a 181-point advantage over two Senior rookies – Brandon Lemke and Zach Holden. The top two Juniors from a year ago sit second and third. Lemke (Merlin) has yet to score a win in the category while Holden (Tony Kart) secured his first at GoPro in July. Jake McWhirter (Tony Kart) and Jake Venberg are also looking for their first wins of the season and finish in the top-five for year-end awards. Venberg (Merlin) is coming back from a broken collar bone he suffered in mid-July at New Castle. Also, defending champion Mike McAndrews is making his 2016 debut in the category at Pittsburgh aboard a Fullerton chassis. 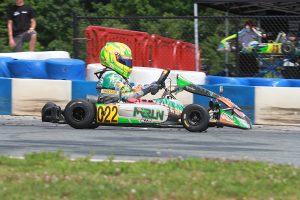 Sam Mayer is looking for his second USPKS in four years (Photo: EKN)

The last time Sam Mayer won a USPKS championship was the inaugural season in Yamaha Cadet by just 10 points. The Franklin Motorsports / Merlin driver went without a title in his remaining Cadet seasons in 2014 and 2015, moving to Junior level competition this year. Mayer has not disappointed with six straight top-five finishes including two wins and two runner-up results. The advantage is 117 points heading into Pittsburgh over fellow Merlin driver Alex Bertagnoli. The second-year Junior driver has a similar record with six-straight top-five results, earning his first ever victory in the class at Round Six.

Austin Schaff has a solid lock on third heading into the series finale, with the Merlin driver looking for his first victory in the category. The battle for the two remaining positions on the championship podium are up for grabs. Colin Neal (Tony Kart), Aidan Harrington (Kosmic), Round One winner Zack Pretorius (FA Kart) and Ben Varner (Merlin) all have a shot, separated by just 52 points. 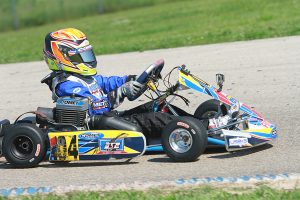 Garrett Adams is set to return to USPKS action for the first time since Shawano (Photo: EKN)

The weekend in Mooresville was a turning point in the Yamaha Cadet championship chase. Kaden Wharff (Top Kart) entered with four straight victories and Garrett Adams (FA Kart) was the top challenger. Wharff was removed from the results after Round Five following a driving infraction after the checkered flag. Adams was watching from the sidelines after spending two days in the hospital for a bad infection from a burn on his hand. His brother Logan stepped up on the weekend, performing his best ever to record a third and fourth place result after coming from the back of both heat races each day. That unselfishness by Logan landed Garrett to the top of the standings, holding a 203-point advantage heading into the finale weekend. Kyle Thome (Merlin) is now second in the standings with three podium finishes on the year, just ahead of Wharff in third. Cadet rookie Nicholas Terlecki (Birel ART) is just a few points behind Wharff in fourth with California driver Colin Queen (Tony Kart) sitting fifth. All but Wharff are looking for their first victory of 2016 in the class in an effort to better their championship chase. 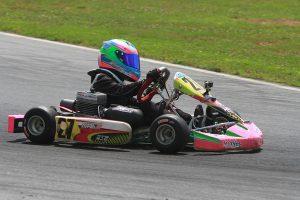 Paige Crawford and Elliot Cox are the leaders in the win column for the Yamaha Rookie category, and lead the championship chase. Crawford (Tony Kart) doubled up at the season opener with Cox (Benik) doing the same in Shawano. In Mooresville, Crawford added a third victory to the season to give herself an 88-point advantage over Cox heading into the final two rounds.