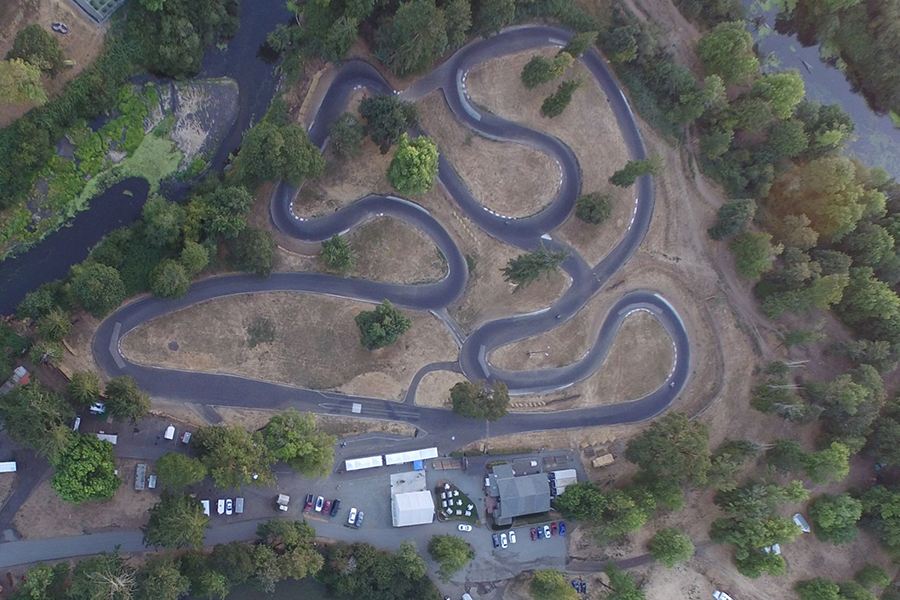 For Pacific Northwest racers, the 2016 Can-Am Karting Challenge finale event is THE race all karters have had on the calendar since the season began. The growing Canada/American regional program is looking to close out the season on the September 9-11 weekend at the historic Pat’s Acres Racing Complex in Canby, Oregon. Following two weekends of double-round competition, the Can-Am program is offering up a championship-style event format that serves as the fifth round of the title chase. Even if you haven’t raced at the Can-Am in 2016, the finale event has a place for you to race with the Rotax, Shifterkart, TaG and Briggs 206 divisions all available.

A tentative schedule is posted at canamkartingchallenge.com website. A full day of practice is scheduled for Friday, September 9 with six round given to the seven groups. The on-track action is followed up by a FREE barbeque sponsored Wicked Fabrication. During the dinner, the series annual Pinewood Derby race is set to be contested, with full rules published on the Can-Am Pat’s Acres event page. Saturday, September 10 begins the competition sessions with qualifying and three heat races for each class and race group. The results from those three motos set the grid for Sunday’s Prefinal race which leads into the Finals Sunday afternoon to decide the event winners and 2016 Can-Am Karting Challenge champions.

The series finale will have a major impact in who leaves Pat’s Acres as the 2016 Can-Am Karting Challenge champion with 275 points for a perfect event on the table for the taking. The headline categories feature two of the final tickets toward the 2016 Rotax Grand Finals in Italy this October for the champions in the Rotax Senior and Rotax Junior categories.

Coltin McCaughan has gone undefeated in the four main events on the season, leading the Rotax Senior standings. The opening weekend was a complete sweep, while Round Three and Four were a bit more of a challenge that ended with the Canadian on top of the podium both days. The advantage is 131 points over fellow countryman Kellen Ritter with American Derek Wang third, who has already qualified for Team USA in the DD2 Masters category. Matthew Taskinen has three straight sweeps in Rotax Junior entering the series finale. The Canadian holds a 94-point advantage over Round One winner Mason Buck. Three other drivers have visited the podium in 2016 minus the top step remain in the title chase – Ellie Musgrave, Edward Portz and Jacob Gulick.

Michael Groff holds the lead in the Rotax Masters division, with Gary Reohl and Rene Bine III sitting within 80 points of Groff. Just 19 points separate Ashton Torgerson and Jason Leung in the Mini Max championship chase. Torgerson has two wins to Leung landing on top of the podium in Round Four. Ryan Dezall has three straight podium finishes, sitting third in the standing while Cooper Becklin and Josh Pierson still remain in the hunt. Torgerson has a perfect score in the Micro Max division. Running both categories, Ashton has not lost a session in Micro yet this season at the Can-Am. Shawn Kozma is second in the standings with Graham Trammell in third.

The Briggs 206 categories have been a welcomed addition to the Can-Am Karting Challenge, providing a professional and fun atmosphere for racers in the region to compete in. The Briggs 206 Senior class is among the most competitive with the championship lead just five points. Round Four winner Brady Egger holds the top spot over two-time winner Kyle Wick. Derek Wang, the unofficial 206 King of the Pacific Northwest, is third thanks to a Round Three victory. Spencer Kunz has yet to stand on top of the podium, but sits fourth in the title chase and just 33 points back. Austin Torgerson has three victories in the Briggs 206 Junior category, helping him to a 39-point advantage in the class standings. Round Three victor Carsen Kunz sits second with Cooper Becklin in third. Bryan Green is the championship leader the Briggs 206 Masters division.

Kyle Wick has three wins in the S2 Semi-Pro Stock Moto division, currently leading the championship chase. Brennan Peters is second, 63 points behind, with Round Three victor Cole Franchini a close third. The local option TaG Senior division is led by Andrew Wilson. Two wins puts him 77 points ahead of Chris Eagles with Amanda Smalley in third. Wilson has been the only driver contesting the 125cc Open Shifter category this season.

A special award made its debut at the Can-Am Karting Challenge last year that will be awarded once again during this year’s Pat’s Acres weekend. Sam Fries was a vital member of the karting community and very close with the Northern California, Rolison Performance Group and Can-Am competitors. His untimely death due to heart complications during the summer of 2015 came to shock to everyone. To honor his memory and positive influence on many people throughout the karting community, including the beginning years of the Can-Am program, a ‘Sam Fries Spirit Award’ was presented to a person or persons involved in the series who exemplifies the similar traits throughout the season. The Dezall Family were the inaugural recipients of the Sam Fries Spirit Award, with the 2016 honoree to be named during the Pat’s Acres weekend.

Courtesy of Fikse Wheels Driver Development Program, a free entry to the 2016 US Open of Las Vegas – including race fee, race tires, fuel and oil – will be awarded to the Can-Am class champions in the Micro Max, Mini Max and Masters Max divisions. A similar prize is set to be handed out in both Junior Max and Senior Max categories, with a random drawing for those competitors who compete in all five rounds of the Can-Am Karting Challenge.

Pre-registration for the Can-Am Karting Challenge series finale at Pat’s Acres Racing Complex closes Sunday, September 4. Registration links, along with complete rules, class structure and other information can be found at www.canamkartingchallenge.com and be sure to find them on Facebook.