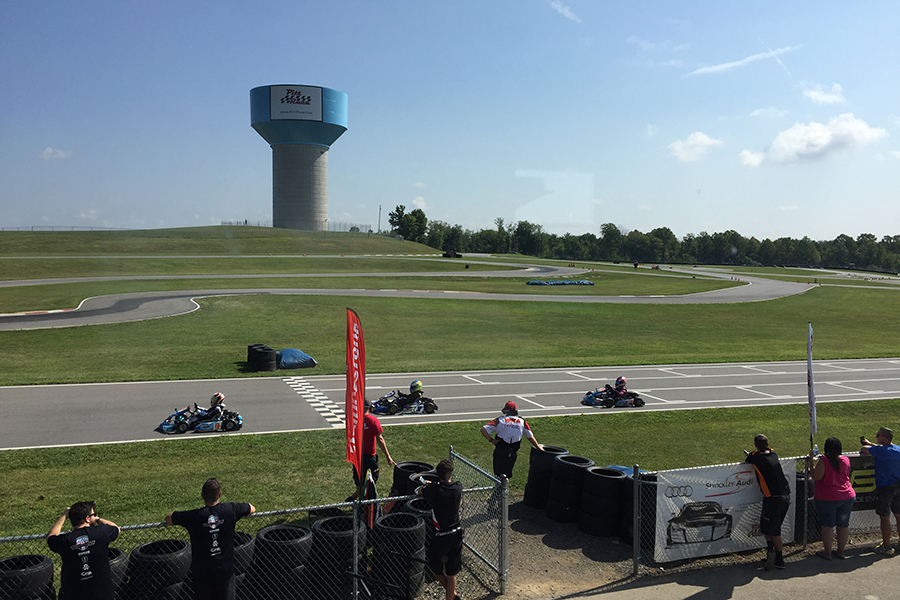 EKN’s Paddock Insider is a new Trackside coverage addition, bringing you notes, updates and breaking news as it happens. The article will be a timeline of events as they happen during the four event of 2016 for the WKA Manufacturers Cup Series at the Pittsburgh International Race Complex in Wampum, PA. The information will not be seen anywhere else, including interviews and photos. Please feel free to comment and discuss our coverage and today’s action in the EKN Global Members Discussion area below: For complete coverage head to the EKN Event Page.

Things are under delay with fog in the area. Practice will get underway soon #EKNatWKA

Numbers A Bit Down as School Begins Across the Country 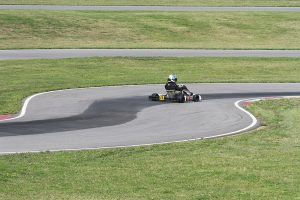 The end of August is a challenge to hosting race events, as kids are either already into their new school year, or ready to start that dreaded first day of school. This has left people to either skip or adjust their plans to attend the weekend here at Pitt Race. The event is showing 113 entries per day set to battle in the eight categories – as Yamaha Junior is the highest at 20 drivers. The championship chases are continuing to develop as the seventh and eight rounds will set the stage for the finale.

The battle is not just against the other competitors but the track. Looking and talking with drivers in the paddock, the transition from the sealant to the new pavement and visa verse is presenting a great challenge for tuning the kart and the drivers navigating the corners. The sealant does not cover the entire corner, but about a kart width through the entry to the exit of the corner. That makes for side-by-side racing unique, as one kart is on the sealant, the other is not. The racing line goes from pavement, sealant, then pavement. In some places, your turning with two wheels on the sealant and two on the pavement. It is providing a unique challenge and we will see how it plays out throughout the weekend. 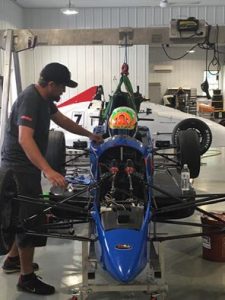 Lemke tested a F1600 this week at VIR

Multi-time and former Triple Crown driver Brandon Lemke is also sampling the next step outside the sport of karting. This week the Franklin Motorsports / Merlin driver spent two days testing a F1600 car at the Virginia International Raceway in Danville, Virginia. It was a rare opportunity that Lemke took advantage of, and was able to complete eight sessions over the course of two days on the newly repaved circuit. The team he tested with was really impressed with his performance, as the Gen-G driver is looking at possible options for the 2017 season. Lemke is currently the #1 driver in the EKN TaG Driver Rankings that were released in July, and is involved in the championship chase at the USPKS, SKUSA, and of course here at the WKA Manufacturers Cup Series. 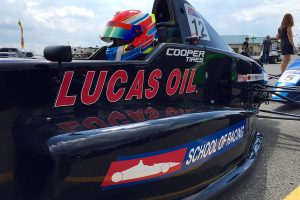 JP Southern is taking part in both the WKA and Lucas Oil School of Racing race weekend here at Pitt (Photo: EKN)

Yamaha Junior driver John Paul Southern Jr. is used to doing double duty at the kart track. During his Cadet days, there were times when it was three classes a day that he would compete in at WKA events. This weekend is a new form of double duty action, racing one class with WKA and competing in the Lucas Oils School of Racing. Their program is hosting a two-race weekend here on the now full 2.8-mile circuit. It is a mixture of young drivers looking to begin that step into open wheel racing, and older drivers getting that fix for driving a real race car. Southern took part in a two-day school with the program and is taking part in his first race. It has been a long nine months for Southern, recovering from two broken feet after an incident November 2015. After multiple surgeries already, another is on the horizon. We continue to wish him the best regarding his continued recovery and throughout the weekend as he does the double.

First Time Back on New Pavement – Wet Weather on the Horizon

Formerly known as ‘BeaveRun’, the Pittsburgh International Race Complex is hosting the fourth round of the championship series. The Wampum, Pennsylvania facility has been a staple of the North American karting community for over two decades now, with new pavement laid down prior to the 2016 season. An event in July brought up some of the new layering, with special sealant laid down around the 16 turns that make up the ‘Alan Wilson Circuit’.

Weather is questionable with the temperatures in the upper 80s throughout the weekend. The threat is from the clouds as rain is forecasted for the end of the day, a little bit on Saturday and 60% currently for Sunday. Having been here in 2013 and 2014, rain hit both weekends so it is very likely that it will rain at some point this weekend.