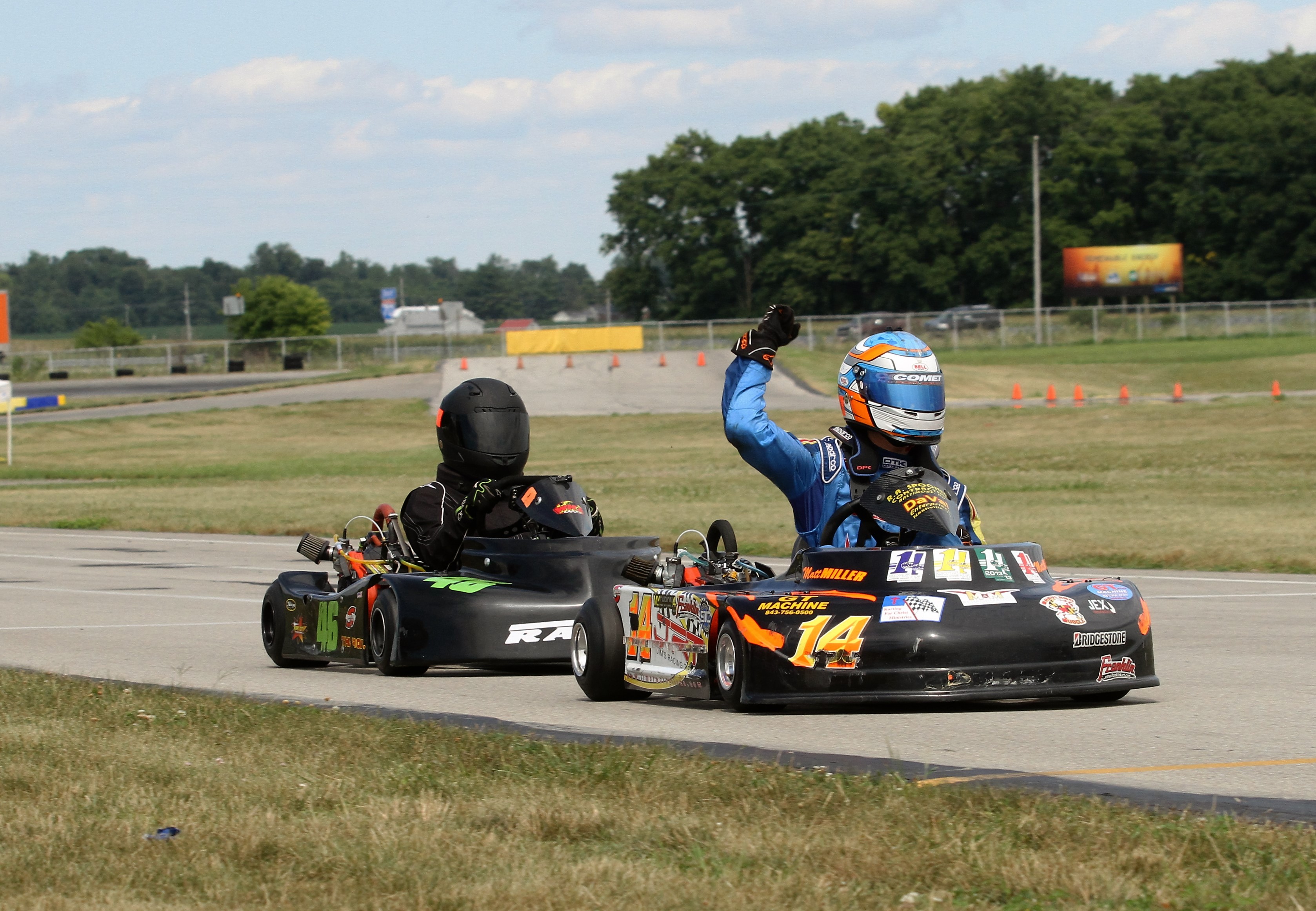 After suffering through triple digit heat numbers back in June at Carolina Motorsports Park, the RLV Tuned Exhaust Products Gold Cup Series drivers were given a little reprieve for the third stop of their four-race campaign this past weekend in the Kart City Performance Nationals at New Castle Motorsports Park.

Returning to the famed Midwest road course after a hiatus of a few years, many competitors instantly took to the national course, with many repeat winners on the top shelf of the podium multiple times, including Maryland’s Jacob Heavlow with five national wins, Ohio‘s David Kalb Jr checking in with four, and Indiana product Adam Maxwell equaling Kalb’s Junior success numbers by knocking down four wins in Sportsman competition. For Heavlow and Kalb, it was actually six and five wins, respectively, including the Friday Evening Shootout races. Other winners on the weekend included former national champion Ryan Cassity returning to the series for a pair of wins in the Masters Class, and Kevin Lanyi recording his first ever Gold Cup national win in the Sportsman LO206 class. Other winners included Matt Miller, Jimmy Cole Jackson, Sean Meier, and Caleb Gafrarar. 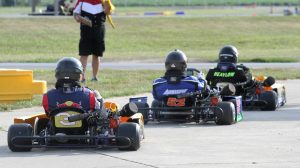 Heavlow then went to the LO206 side, with again the same end result, a win on Saturday in the Briggs & Stratton sponsored class, over a very talented field of competitors, with Sean Meier, Zachary Linsell, Ryan Cassity, and Scott Hamble the top 5. Meier returned on Sunday to take the top spot over Heavlow, with Corey Towles, Linsell, and Luoma making up the top 5. Heavlow and Meier were also the Mikim Motorsports Fast Time winners. 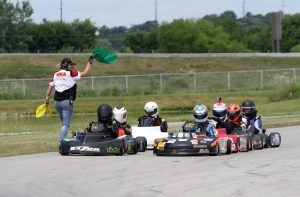 Indiana native Adam Maxwell had an awesome weekend, collecting a ton of hardware as well in the Sportsman ranks. A regular in the tracks very successful KRA program, as well as a competitor in the 2 cycle ranks, Maxwell immediately used the home court advantage, topping Blake Boon and Elmer Edmonson in the MattMillerRacing.com Sportsman Gas Lite class both days, also claiming the Mikim Motorsports Fast Time Award on Sunday, while Boon was Fast Time on Saturday.

One of the best battles of the weekend each day was in the Water Medic sponsored Junior LO206 Class where Matt Miller and Jimmy Cole Jackson shared the wins. Miller claimed the win over Jackson on Saturday, with Talia Moffett, newcomers Alex Sullivan and Aaron Maxwell completing the top 5. Sundays race was determined by mere inches, with Jackson eeeking out the win over Miller, while Cade Frazier, Talia Moffett, and Justin Wishard completed the top 5. Miller swept the Mikim Motorsports Fast Time Awards both days.

While the weekend was peppered with new faces in the pits, a very familiar and welcomed face from the past in the form of Ryan Cassity made a popular and triumphant return to Gold Cup competition, taking down the wins in the Briggs & Stratton Masters LO206 Senior class in dominating fashion both days. On Day 1, Cassity topped Matt Skaggs, Chuck Gafrarar, another returning veteran, Florida’s Brad Farmer, and New York’s Tim Stiefel. On Sunday, Cassity returned to the top shelf of the podium, with Stiefel, Scott Hamble, Gafrarar, and Farmer making up the top 5. Cassity also won the Mikim Motorsports Fast Time Award both days.

Going back to Friday night’s action, Elmer Edmonson picked up his lone win of win of the weekend, taking the Brads Heating and Cooling Sportsman Pro Gas Shootout, along with a $200 payday. Adam Maxwell came home second, earning $100 for his efforts, with Caleb Gafrarar taking third, and the $50 that goes with it.

Kalb earned his first win of the five-win weekend, along with the $200 top prize in the Brad’s Heating and Cooling Junior Pro Gas Shootout, topping Matt Miller, who earned $100. Alex Vrabel came home third for a $50 effort on the evening.
Pro Gas or LO206 Senior seems to not faze Jacob Heavlow much, as the Maryland driver took the Senior LO206 Money race, which was run in lieu of the traditional Senior Pro Gas Heavy race on Friday night, taking down the likes of Corey Towles, Zach Linsell, Dustin Demattia, and Sean Meier for the win.

The Shootout races will kick off the final weekend of racing for the Gold Cup Series on October 7-9 at Carolina Motorsports Park in Kershaw, South Carolina at the GT Machine Grand Nationals. While many special things are being planned for the weekend, it all starts with running the track backwards for the second time around at the Palmetto State facility. Entry Blank information will be available shortly for the season finale, where Grand National Eagles will be awarded, and champions will be determined for 2016.

Special thanks this past weekend to Rob Smith and Kart City Performance for sponsorship of the New Castle event, and to Mark Dismore, Mike Adams, and their entire staff for providing yet another top notch facility for the Gold Cup competitors to compete at, thus joining Jacksonville and Kershaw for 2016.

On behalf of WKA, our sincerest thanks to all the wonderful families who attended the event, to the many new families that joined us for the weekend for the first time, and some familiar faces from the past, thus making it yet another great RLV Tuned Exhaust Products Gold Cup weekend.