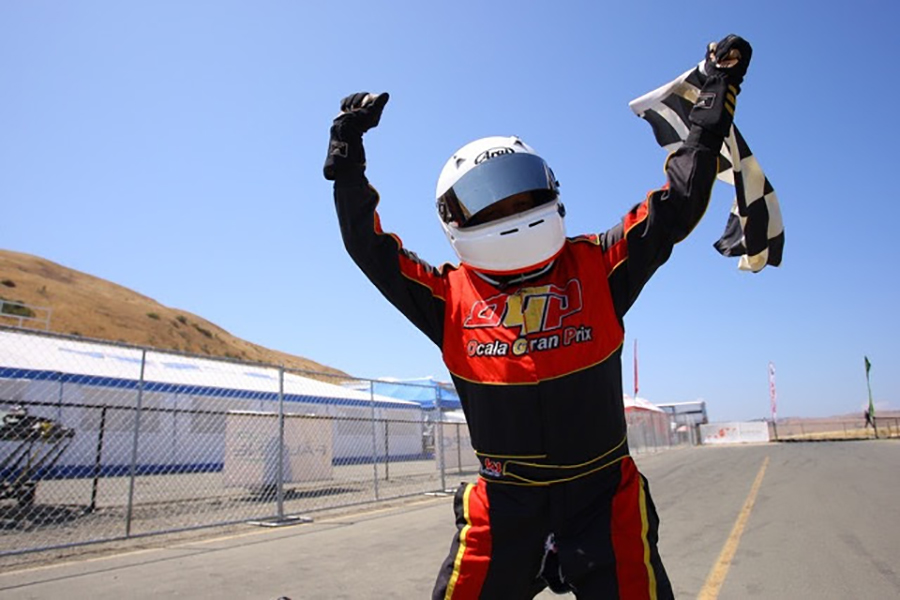 August 10, 2016 – In his final Rotax Mini MAX event, Ocala Gran Prix standout Tyler Gonzalez did not disappoint. Closing the weekend in beautiful Sonoma, California with yet another victory in 2016, Gonzalez would claim his first career National Championship and will now advance from the Mini Max division to the talent-laden Junior MAX class under the watchful eye of karting guru Mike Speed.

“Tyler was on it all weekend and was determined to win the national title,” claimed his biggest supporter, father Alberto Gonzalez. “He has worked extremely hard this season to bring his driving level up to that of the team he has around him and this was a great way to finish his Mini MAX karting career.”

With his move to the Junior ranks, Tyler Gonzalez will forgo his invitation to join Team USA at the Rotax MAX Challenge Grand Finals in Italy later this season. Claiming an invite from his current championship point lead in the US Open program and another from his Grand National victory this past weekend in Sonoma, Gonzalez will pass on the opportunity and focus on his junior karting programs for the remainder of 2016

“I would like to thank MAXSpeed Entertainment for the opportunity to join Team USA in Italy and for some great events so far this season. I would also like to thank the entire Ocala Gran Prix team, Jorge Arellano and Nate Grindell for letting me become part of their family and giving me great equipment,” added Tyler Gonzalez. “A huge thank you to Mike Speed for his tuning, coaching and mentoring and to his mechanic Bo for all the hard work and dedication.”

For more information or sponsorship opportunities on Tyler Gonzalez please contact Alberto Gonzalez at 407.466.9083 or via e-mail to superiorcoatingsystems@yahoo.com.