Big plans in the works for anniversary event 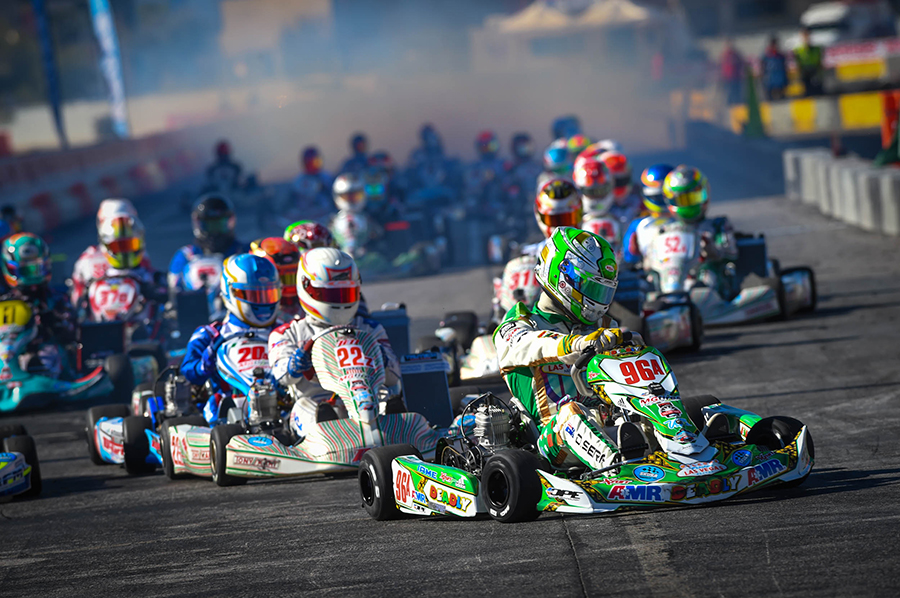 It's hard to beat the excitement of a start on SuperSunday (Photo: OnTrack Promotions)

When Superkarts! USA put together the plans for the first SuperNationals event back in 1997, they were at the forefront of the growing movement of shifterkart racing. There were numerous pockets of support for the formula all over the United States and Canada, including Southern California, Northern California, the Pacific Northwest, Florida, and SKUSA’s own flagship Great Lakes region. Having one big race to bring everyone together was not a new concept in karting, but the raw excitement that paralleled the increasing interest in gearbox racing certainly made this event special. There was a real palpable feeling during those early years that if you were there, you were part of something really special. Now, 20 years down the road, we’re able to look back on the explosion of the race and the key decision that then-SKUSA leader Jim Murley made in 2002. Murley was always a visionary and he wanted desperately to take the race from the great desert track in Sloan right into the city of Las Vegas, and when the trailers rolled into the parking lot of the Rio Hotel and Casino in’02, the race was taken to the next level.

We’re now just 100 days from the 20th running of the Superkarts! USA SuperNationals, which is arguably the biggest race in the sport of karting. The SKUSA staff and its drivers will travel to Las Vegas with a full head of steam this November, thanks to record participation numbers in both their ProKart Challenge and Pro Tour programs. They are working diligently to make this race extra special, and the EKN staff has been privy to some of the exciting plans that are in the works. Over the next three months, we’ll be publishing updates and stories focused on the event, and we’ll also look back in time at the history of the SuperNationals. The Howden Media Group launched its first publication at the race in 1999 – Shifter Kart Illustrated – and our own Rob Howden has been the voice of the race since its inception. We also pleased that we’ll once again be providing EKN Trackside Live coverage, including full audio play-by-play of the event from qualifying through to SuperSunday. 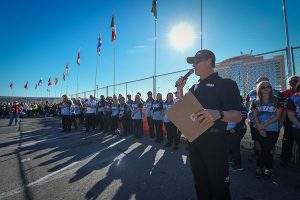 The EKN staff is looking forward to returning to Las Vegas to cover the 20th running of the Superkarts! USA SuperNationals
(Photo: OnTrack Promotions)

The class structure has evolved over the years, as the SuperNationals was strictly gearbox categories for the first seven years, highlighting 80cc, 125cc and 250cc engines. The single speed TaG classes made their debut in 2004 and it’s been a dual-formula program since then. This year, more class evolution will be highlighted. Micro Swift will be added to the line-up as a result of the splitting of the TaG Cade age window during the off-season to deal with the increased popularity of the IAME class. SKUSA will cap the Micro Swift class for drivers 7-10 years of age at 44 entries, but they will keep Mini Swift (9-13) open for 88, as significant international participation is expected.

The S4 Master Stock Moto category will also evolve, as it will divide into two separate classes of 44 drivers each at the SuperNationals. The new S4 Super Master Stock Moto class for drivers 45 years of age and older will be a stand-alone category for this year’s events, giving those drivers a guaranteed opportunity to be on track on SuperSunday. In the past, many of the older drivers in the 30+ S4 category battled hard to make it through the LCQs, so this new approach has certain worked to inject excitement and enjoyment into true Masters shifterkart racing.

New plans for this November included a return to the immediate-post race podium presentations, which were part of the SuperNationals from the very beginning. The top-five drivers from each race will head straight to the victory podium to celebrate their accomplishments. The Sunday evening presentations at the LVCC will now become the official SKUSA Pro Tour awards presentation, where the top-three in the series championships will receive their awards and their national number plates.

The registration for this year’s SuperNationals will open on Wednesday (August 10) at 7:00 pm Pacific. SKUSA’s Priority Pre-Entry Program, which provides their Pro Tour and Pro Kart Challenges regulars with the chance to enter before registration is opened to the full karting community, has already confirmed the participation of a large number of drivers, so if you’re planning to participate in this year’s event, it would be wise to get entered quickly. The event’s Host Hotel – the Westgate – will have SKUSA’s room block open for booking within the next week.

There will be a great deal of news coming from SKUSA over the next month, so stay tuned.